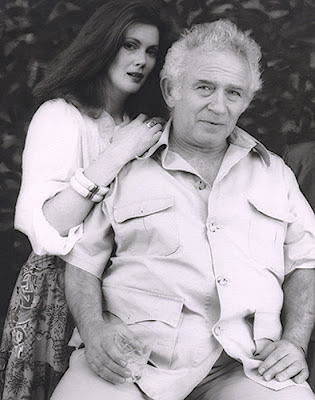 "Culture," said Norman Mailer, pugnaciously, in 1981, "is worth a little risk." Admittedly, he was uttering these words at a rather chaotic press conference, just after a tripwire-dangerous convict for whose release he had so ardently campaigned had stabbed a harmless waiter to death. But I remember admiring Mailer's audacity even as I slightly whistled at his promiscuity, and I suppose that no appreciation of the man is really possible without taking a comparative survey of both those capacities. I find I have to add that it's quite surprisingly difficult to picture the cultural scene without him.

"Have you read The Naked And The Dead?" wrote George Orwell to David Astor in 1949, a few months before his death. "It's awfully good, the best war book of the last war yet." For those of us who have to accept, bored as we must be with the idea, membership in the postwar "boomer" generation, it is impressive to reflect on quite how many subsequent milestones bore a Mailer imprint. The Kennedy years (with a detour for Marilyn Monroe and a long excursus for the assassination), the Cuban revolution, the agony of Vietnam, the Apollo mission, and the dark shadow of Richard Nixon: All of these were chronicled or encapsulated by Mailer episodes from The Deer Park, The Armies of the Night, Miami and the Siege of Chicago, Of a Fire on the Moon, and many fine but lesser texts written either for glossy magazines or for the "alternative" papers (Dissent, the Village Voice) that he helped to found and energize.

Yes, he did value risk-taking and not just for the rest of society (which was what was faintly "off" about his recommendation of murderer Jack Henry Abbott, and about some of the exorbitant things that he wrote in "The White Negro") but also and proudly for himself. Flung in the back of a paddy wagon with Noam Chomsky and an American Nazi for company: mixing it up down in the Congo waiting for the Ali-Foreman brawl; running for mayor of New York with Jimmy Breslin as a campaign manager; duking it out with the Stalinist fellow-travelers in the company of his old friend Jean Malaquais, individualist Trotskyist, as intellectual mentor; getting the point of Gary Gilmore in The Executioner's Song, and appreciating that a stone-cold killer who really wanted to die was the negation of bleeding-heart liberalism and an intuitive curtain-raiser for the Reagan years.

Pint-size Jewish fireplug that he was, Mailer also continually ran a great risk that very few are willing to run. I mean the danger of simply seeming ridiculous. He once nearly lost an eye in a bar fight, because he thought someone had implied that there was something homosexual, not about him, but about his dog! ("Nobody calls my dog a faggot.") He got whimpering drunk and made a complete idiot of himself on The Dick Cavett Show with Gore Vidal and Janet Flanner, and then reprinted the whole transcripted humiliation as part of an article. On that occasion, and on many, many others, beginning with An American Dream, he manifested an obsession with sodomy that was something a bit more (and perhaps even a bit less) than macho. I once made the mistake of asking him about this on a television show with Germaine Greer: Why was he so fixated on penetratio per anum and its occasions, male-on-male as well as male-on-female? Seizing my copy of his terrible novel Tough Guys Don't Dance, he scrawled an inscription that vowed revenge, and later gave an interview in which he said that the book had been ill-received in London because of a coterie of queer reviewers organized by me, Martin Amis, and Ian Hamilton. (Amis and I contemplated writing a hurt response, saying that this was very unfair to Hamilton.) But all this bravado and bullshit and delinquency, including the near-fatal stabbing of one of his wives, only seemed to increase the number of people—including the stabbed wife herself—who found fresh ways of forgiving him. Even Vidal, not a professional forgiver, was once gruffly affectionate about him in my hearing. A slightly schmaltzy way of phrasing this would be to say that Norman Mailer was always somehow life-affirming, and that his justly famous cocky grin was something that even his enemies had to envy.

The life-affirming may be true even of his most embarrassing work. In "The Time of Her Time," which appeared in Advertisements for Myself in 1959, he exhausted upward of a dozen pages in a description of a heroic struggle to bring a stubborn woman to orgasm. (The method that his character finally employs is so underhanded that I shall not quote it, thus forcing you to look it up.) Quite unabashed years later, he reprinted the whole folly and claimed that its original publication had nerved a hesitant editor to publish Lolita, of which novel he straight-facedly claimed that "The Time of Her Time" was "the godfather." Chutzpah could do no more. But without chutzpah, we would have had no Norman Mailer to appreciate in the first place. He would try everything at least once, from acting to directing to boxing to (worst of all, in my experience) cooking, and if it didn't work out, hey, it had been worth taking the chance.

He used to tell me with perfect gravity that politically he was "a left conservative," and this quixotic description has a patina of truth to it. Probably more than anything, Mailer was a libertarian and a foe of any system or mind-set that involved the censorious (feminism) or the overweening and the grandiose (imperialism/communism). His masterpiece, at least in my opinion, is Harlot's Ghost (1991), a historic fictionalizing of the national-security state that came very near to realizing the Balzacian ambition that he had conceived for it. What a shame that it was so dismally received by the critics and that he never delivered the second volume of it that he had promised. Instead, he frittered away a good part of the last two decades in half-baked essays and fictions on liberation theology—of all sorry things—and callow stuff on George Bush as the macho man gone wrong. Where the hell, I always wanted to ask Mailer, was the cultural risk in that?
Posted by jtf at 11:25 AM