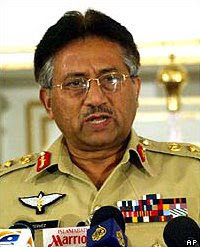 "In Toluca Lake, Calif., near Warner Bros. studio, writers converged on a house that serves as a location shoot for 'Desperate Housewives.'

"'We write the story-a, Eva Longoria,' about 30 strikers chanted, referring to one star of the hit ABC show."

Wouldn't that rhyme be better as a taunt? "Who writes the story, huh? Eva Longoria?" Heigh-ho. Maybe the rewrite guys don't show up to the protest until the first draft of chants has nosedived into the asphalt. Get a suite at the Waldorf Astoria, Eva Longoria: This one will run and run.

Until this here Hollywood writers' strike came along, I had no idea so much of television was scripted. One charitably assumed it was the way it was because they were winging it. But across late-night the fastest wits in the West have fallen silent, apparently unable to produce a snide Dick Cheney crack without armies of accredited highly trained professionals. I haven't checked the Weather Channel lately but it wouldn't surprise me to find their photogenic meteorologists standing slack-jawed in front of maps of the Midwest, unable to decide whether to go for a high of 70 with a 25 percent chance of precipitation or vice-versa.

Which brings me (said he, with the polished ease of a writerless talk-show host) to Pakistan.

David Letterman may be reluctant to attempt 30 seconds of shtick without his backroom boys, but in the political class they scoff at such pantywaisted fainthearts.

Everyone's an expert on Pakistan, a faraway country of which we know everything: Gen. Musharraf should do this; he shouldn't have done that; the State Department should lean on him to do the other.

"It is time for him to go," pronounced Rep. Dana Rohrabacher, R-Huntington Beach. Every foreign policy genius has his Hollywood pitch ready: "If we're not careful, we're going to see the same thing happen that happened in Iran," warned Dan Burton, R-Ind. Pakistan 2007 is a remake of Persia 1979 with the general as the shah, etc.

Well, I dunno. It seems to me a certain humility is appropriate when offering advice to Islamabad.

Gen. Musharraf is – as George S. Kaufman remarked when the Germans invaded Russia – shooting without a script. But that's because he presides over a country that defies the neatness of scripted narratives. In the days after 9/11, George W. Bush told the world that you're either with us or against us. Musharraf said he was with us, which was jolly decent of him considering that 99.9999 percent of his people are against us. In the teeth of that glum reality, he's rode a difficult tightrope with some skill.

Nevertheless, in Washington and the media, the assumption is that the wheel has now come off Musharraf's highwire act. Time for Pakistan to go back to democratically elected unicyclists, like the charming and glamorous Benazir Bhutto, who plays note-perfect in the salons of the West but degenerates into just another third-rate hack from one of the world's most corrupt political classes once she's back greasing the wheel in Pakistan itself.

Furthermore, confident believers in the usual dreary pendulum of Pakistani politics – corrupt democrats, followed by authoritarian generals, followed by corrupt democrats – overlook how profoundly the country's changed. Its political dynamic has a new player: Islamism. Miss Bhutto says, oh, don't worry about that, it's a lot of hooey cooked up by Musharraf to persuade Washington to prop him up for another half-decade.

Pakistan is both a nuclear power and a nation that cannot enforce sovereignty over significant chunks of its territory. Large tracts are run by the Taliban. The organization responsible for perpetrating the bloodiest assault ever on the U.S. mainland is holed up there and all but untouchable. The air routes between Karachi and Heathrow, Birmingham, Manchester and Glasgow are the vital conduit between the jihad's ideological redoubts and the wider world.

What do the perpetrators of the Daniel Pearl beheading and the London Tube bombing and the thwarted martyrs of innumerable other plots all have in common? Pakistan.

Fritz Gelowicz, arrested a few weeks ago in Europe, is an ethnic German who converted to Islam and graduated from a Pakistani terrorist camp. Unlike Britain and Canada, Germany has no longer-standing imperial ties with Pakistan, yet a ramshackle economically inconsequential basket-case of a state now has ideological converts in almost every corner of the world.

Mohammed Umer Farooq is a conventional first-generation moderate immigrant to the West who serves happily as pharmacist at the Princess Patricia's Canadian Light Infantry base in Alberta. By contrast, his daughter Nada Farooq says she "hates Canada" and was involved in a plot to behead the prime minister. In North America, Britain, Scandinavia, Australia and Pakistan itself, elderly grandparents who practice the Indian subcontinent's traditional Sufi Islam have seen their grandchildren embrace hard-line Deobandi Islam, essentially a local variant of Wahhabism … and then sell its virtues to pasty-faced white blokes with names like Fritz.

The Bhuttos and the Sharifs, their sometime rivals, sometime allies of convenience, couldn't run the country competently before it got hollowed out by the radicals. But the experts assure us they're now the answer to the woes of a nuclear powder keg.

Pakistan is not Persia. For one thing, it's a country only 60 years old whose slapdash creation was one of the worst disasters of British imperial policy. Yet even those who thought so at the time would be astonished to find that, a mere couple of generations later, a regional afterthought is not only a nuclear power that has dispersed its technology around the planet but also a driving force of the world's first global insurgency. If Gen. Musharraf is shooting without a script, what would you do if stuck in a toxic soap opera where the incoherent plot twists pile up with every passing decade?

It may well be that a Bhutto restoration will be the happy ending that foreign-policy "realists" predict. But it's more likely that a return to traditional levels of democratic corruption will cramp the economic interests of much of the military and lead key factions to make common cause with the Islamists – as Pakistan's intelligence service did with the Taliban. I don't know for sure, and nor does anyone else. But sometimes it helps to bet on form. And, given the past 60 years, the real question is how bad things will be after Musharraf. This thing can't be scripted, in Washington or anywhere else.
Posted by jtf at 11:10 AM