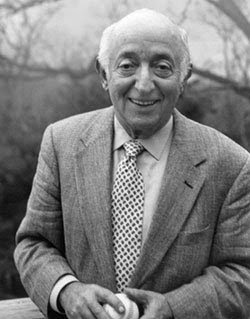 The boy who wrote "The Boys of Summer" will be 80 on Halloween. At this stage of his life, the trick for Roger Kahn is to treat himself to writing projects that are comfortable and not consuming.

"I'm a consultant now," he says, from his home in Stone Ridge, N.Y. "Best job in the world, a consultant."

He is a frequent public speaker, is working on several screenplays and continues to write and make appearances in connection with the 21 books he has written. He retains the personal and financial fruits of his 1972 masterpiece about Kahn, his dying father and the Brooklyn Dodgers baseball players from the early 1950s they both loved.

Sports Illustrated once called "The Boys of Summer" the "best baseball book ever written."

No less an author than James A. Michener called it "a work of high moral purpose."

So, Kahn should be able to assume hyperbole and superlatives on his gravestone. He should be confident that his legacy is the language of a generation of baseball fans, that his literary image should be devoid of question marks.

Because of Pete Rose, he is not sure.

The occasional sleepless night for Kahn over the Rose book had ended years ago. Then came the recent ESPN interview when Rose told Dan Patrick that he had, indeed, gambled on baseball. The quote was, "I bet on my team to win every night because I love my team."

Kahn first heard it on CNN.

"My first reaction was to reach for the barf bag," Kahn says.

The news in Rose's statement was not lost on the media. It brought headlines. Rose, who played the most major-league games and had the most hits, was banned from baseball in 1989 by then-commissioner Bart Giamatti because Giamatti was convinced Rose had bet on baseball games. Rose, then manager of the Cincinnati Reds, admitted only to gambling on lots of other sports and to being a "terrible selector of friends."

Most people who cared believed he had bet on baseball, and most did so based on the same logic used by Jim Murray, longtime Los Angeles Times sports columnist and advocate of Rose's eventual admission into baseball's Hall of Fame.

Into this mess, unknowingly, had stepped Kahn. He had begun research on a book on Rose before the gambling allegations surfaced. He had reservations from the start, but when the publishers promised that it was a million-dollar project, half for him, half for Rose, he did what any writer would have done. He said yes.

Kahn had additional pressures. His son, Roger Laurence Kahn, was battling depression and drug addiction, and the bills for his medical care were exorbitant. Kahn's son committed suicide in 1987.

Kahn says he never felt 100 percent comfortable with Rose or the Rose project, especially when, in the middle of work on "Pete Rose: My Story," the gambling accusations started tumbling out.

"He was always surrounded with a bodyguard of liars," Kahn says, "and so the question had to be put to him, before we went forward with the book. I must have sat him down and asked him five times, 'Did you bet on baseball?'

"And the answer was always the same. He'd look me in the eye and say, 'I've got too much respect for the game.' "

Until the recent interview on ESPN radio, that remained Rose's stance. He admitted to betting on all sorts of sports and to probably having a gambling problem.

But he never admitted to betting on his own game because he "respected it too much."

Now, Kahn feels the sting of having his name on a book based on a lie.

"I regret I ever got involved in the book," Kahn says.

Kahn, who made about one-fifth of his promised $500,000, is not the first author, nor will he be the last, to get it slightly wrong. And his body of work, minus "Pete Rose: My Story," speaks volumes. He will always be much more a boy of summer than a biographer of Pete Rose. And the joy and insight he gets from his "boys" remains a source of never-ending stories and inspiration.

"A couple of years ago, I was sitting at a table at an event at Cooperstown, with Clem Labine, Frank Robinson and Enos 'Country' Slaughter," Kahn says. "Slaughter was one of the great rednecks of our time, but here it was, years later, and he was an old man, sitting with old baseball players, and any racial things are history. Slaughter asks Robinson if he'd go over to the buffet table and get him some oysters, but please make sure to get soft ones because his teeth hurt.

"Sure enough, Robinson goes off and gets a plate of soft oysters for Enos Slaughter, and Labine, watching closely, tells me later that nothing will ever surprise him again."

Slaughter and Labine are both dead now, and Robinson isn't as good a storyteller as Roger Kahn.

So, for the sake of baseball fans everywhere, Kahn needs to stop plotting ways to find and burn all copies of his book on Rose and return to "consulting" on our behalf.
Posted by jtf at 7:37 AM