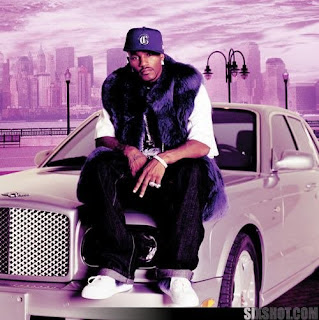 
On "60 Minutes" last Sunday, rapper Cam'ron told Anderson Cooper that he would not inform the police if a serial killer were living next door to him, as it would alienate his fan base.

The "stop snitching" Zeitgeist has become a shibboleth of being "down with" your people in poor black neighborhoods and refusing to give the police information about a black-on-black homicide, even if you witnessed it. This version of black identity has become so entrenched over the past few years that it is making it ever harder for investigators to crack murder cases.

Using this technique as a means to stop racism is as misguided as it is easy. Police brutality was much worse in the past, and the war on drugs is old news. The current "stop snitching" notion is, quite simply, a subcultural fashion of the moment.

It is also a facet of a larger phenomenon: a sense among black teens and 20-somethings that being aggressive toward the opposition is the soul of being authentic. There has been this element in the black community since the 1960s, but these days, it is so deeply felt that it is tacitly approved to place anti-authoritarian sentiment over saving black lives.

I got an earful of this generation's sense of self not long ago from an overheard conversation between three teens, a boy and two girls, on a subway. Our aggrieved musings over black people's use of the N-word had no application: all three were using it twice a minute. The exchange kept wending back to the leitmotif of joys of breaking rules: one girl exclaimed how good it felt to jaywalk, the other celebrated the police's inability to curb open drinking in Harlem.

The boy, teasing one of the girls, casually addressed her as "bitch." This was not a problem with these teens — the girl actually genuinely smiled.

The boy recounted a flirtation with being a gangbanger only to be turned off by how the members did not look out for one another. I will never forget how he ended this narration: "Guess I'll just be black by myself." Notice that assumption that there is something "black" about being a gangbanger.

Needless to say, all of this was delivered with a smile. These kids were, actually, rather thoughtful. In its way, the conversation was about ideas — trends, explanations, opinions. But this is a new kind of thoughtfulness, trumping logic and compassion. It is a religion, beyond the reach of reason.

One reason black America has reached this point is, ironically, the eclipse of open racism and segregation.

When all black people had to huddle together and make the best of the worst, there was no room for calisthenic acting up. When the community had to generate its self-respect from within, black boys looking black girls in the eye and calling them bitches for fun was unthinkable. A black teen jaywalking for the fun of showing that he could, might have been beaten by the police.

These days there is more room for acting out. All humans like acting out when they can. Poor and working class black teens are no exception, and thus they do.

But the reason these youngsters have elevated this attitude into an identity is because the civil rights movement freed blacks into an America that had just made the upturned middle finger into an icon of higher awareness.

The Great Society sowed the seeds for a black identity based on being bad, and treating it as enlightened to pull poor black women out of the job market and pay them to have children instead. Generations of young people grew up in fatherless communities in which full-time employment — i.e., conformity to a long-established American norm — was rare.

Meanwhile, America continues enshrining acrid derision of "the suits" as wisdom. It increasingly gets its news from the likes of the Daily Show. T-shirts read "F—k Milk — Got Pot?" Plus, whites constitute most of the buyers of the nastiest brands of rap music, undergirding the genre's very existence.

As such, the mentality of Cam'ron and the kids on the train cannot be reached by those concerned with exploring these issues on panels and "Oprah." Nothing will cut through a subcultural world view founded upon a religious devotion, capitalism, and mainstream attitudes. We are faced not with something these people do. It is who they are — just as it is, in less raucous but equally trenchant implacable fashion, what so much of America is today.

There is an exquisite equipoise in maintaining a reflexive cynicism about authority of any kind and labeling it enlightenment. Those who savor this Weltanschauung in formal prose, on blog sites, and on bumper stickers must embrace its less refined airings among young black folks.

Mr. McWhorter is a senior fellow at the Manhattan Institute.
Posted by jtf at 11:44 AM