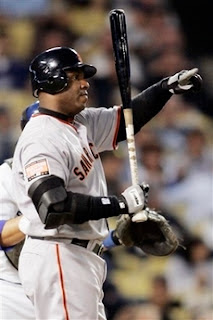 Though the players weren't identified Friday, the case is certain to leave fans wondering what names will emerge.

As part of his plea agreement, Kirk J. Radomski will cooperate with authorities, including the baseball steroid investigation led by former Senate Majority Leader George Mitchell.

"We look forward to working together with federal law enforcement toward our shared goal," Mitchell said in a prepared statement.

Until now, the steroid debate has largely focused on Giants left fielder Barry Bonds. But, according to Travis Tygart, general counsel for the U.S. Anti-Doping Agency, the new case "exposes a dark corner of the clubhouse. A lot of players have good reason to be pretty nervous."

According to an unsealed search warrant affidavit obtained by the Mercury News, the recipients in the Radomski case included one unnamed player involved in the Balco Laboratories scandal - a group that includes Bonds, the Detroit Tigers' Gary Sheffield and the New York Yankees' Jason Giambi. The names of the players who received drugs were blacked out in the affidavit.

"This individual was a major dealer of anabolic steroids, including human growth hormones, whose clientele was focused almost exclusively on Major League Baseball
players," assistant U.S. attorney Matt Parrella, the lead prosecutor, said outside the court of Radomski.

Though the Balco case revealed drug use in baseball, football and track, this marks the first time someone who has been employed by a major league team has admitted supplying players with steroids. It also underscores the fact that concerns about drug use in baseball go beyond Bonds, who is 15 home runs shy of becoming the career record-holder.

Radomski, 37, a former batboy who became a clubhouse assistant, faces a 25-year sentence and a $500,000 fine for distributing steroids and laundering money from drug sales. He could get a reduced sentence for his cooperation, which might include testifying in front of a grand jury - something Bonds' personal trainer, convicted drug dealer Greg Anderson, has refused to do in the Balco case.

Radomski, of New York, worked for the Mets from 1985 to 1995, before he is accused of supplying athletes with drugs. He could be crucial to authorities' efforts to clean up baseball. According to the affidavit, Radomski told an FBI informant that he could write a steroids tell-all book that would be more significant than Jose Canseco's 2005 expose` about drug use in baseball. 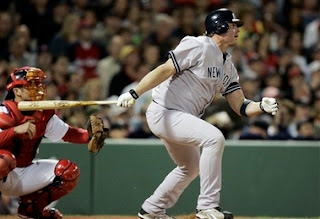 The warrant listed 23 bank deposits to Radomski's account over a two-year period starting in 2003 totaling $31,000 by individuals associated with Major League Baseball. Radomski, who described himself in court as a personal trainer, dealt a variety of drugs, including human growth hormone, the steroid deca-durabolin and testosterone, according to court records.

"That would be a shock," he told the New York Daily News. "I wasn't aware of that. He was a nice kid."

Mets spokesman Jay Horwitz said in a statement: "We were surprised and disappointed to learn of the guilty plea. The conduct in question is diametrically opposed to the values and standards of the Mets organization and our owners."

The case also shows that federal investigators are continuing their work to uncover corruption in sports despite changes at the U.S. Attorney's office. The Balco investigation began in 2002 with U.S. Attorney Kevin Ryan, who was among those fired in the Bush administration's recent removal of federal prosecutors.

The Radomski case is an offshoot of Balco. Lead Balco investigator Jeff Novitzky of the San Jose office of the Internal Revenue Service took over the case in 2005 after receiving a tip from the FBI. Like Balco, it fell under the IRS's jurisdiction because of the money laundering charge.

The Balco case isn't over, however, as a San Francisco grand jury continues to investigate Bonds. The government believes he intentionally lied under oath in 2003 when he told another grand jury he didn't knowingly take steroids. Bonds said he took substances he believed to be flaxseed oil and an arthritis balm; authorities say those products were steroids known as "the clear" and "the cream." 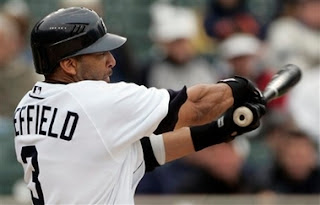 Since last year, the Mitchell commission has tried to interview players, coaches, officials and others associated with baseball. Commissioner Bug Selig, who appointed Mitchell to run the probe, said this month he hasn't given the commission a deadline to complete its report.

But with Radomski expected to name players, the report could turn out to be an indictment against the league.

"We urge all personnel connected with Major League Baseball to come forward with whatever information they may have that will assist Senator Mitchell in his investigation," MLB President Bob DuPuy said in a statement.
Posted by jtf at 2:38 PM