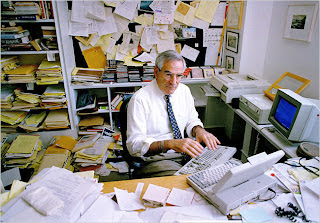 David Halberstam, a Pulitzer Prize-winning journalist and tireless author of books on topics as varied as America’s military failings in Vietnam, the deaths of firefighters at the World Trade Center and the high-pressure world of professional basketball, was killed yesterday in a car crash south of San Francisco. He was 73, and lived in Manhattan.

Mr. Halberstam was a passenger in a car making a turn in Menlo Park, Calif., when it was hit broadside by another car and knocked into a third vehicle, said the San Mateo County coroner. He was pronounced dead at the scene.

The man who was driving Mr. Halberstam, a journalism student at the University of California at Berkeley, was injured, as were the drivers of the other two vehicles. None of those injuries were called serious.

Mr. Halberstam was killed doing what he had done his entire adult life: reporting. He was on his way to interview Y. A. Tittle, the former New York Giants quarterback, for a book about the 1958 championship game between the Giants and the Baltimore Colts, considered by many to be the greatest football game ever played.

Tall, square-jawed and graced with an imposing voice so deep that it seemed to begin at his ankles, Mr. Halberstam came into his own as a journalist in the early 1960s covering the nascent American war in South Vietnam for The New York Times.

His reporting, along with that of several colleagues, left little doubt that a corrupt South Vietnamese government supported by the United States was no match for Communist guerrillas and their North Vietnamese allies. His dispatches infuriated American military commanders and policy makers in Washington, but they accurately reflected the realities on the ground.

For that work, Mr. Halberstam shared a Pulitzer Prize in 1964. Eight years later, after leaving The Times, he chronicled what went wrong in Vietnam — how able and dedicated men propelled the United States into a war later deemed unwinnable — in a book whose title entered the language: “The Best and the Brightest.”

Mr. Halberstam went on to write more than 20 books, including one on the Korean War scheduled to be published in the fall.

“I think the work he was proudest of was his trilogy on war,” his wife, Jean Halberstam, said last night. Besides “The Best and the Brightest,” she was referring to a study of United States policies in the 1990s called “War in a Time of Peace: Bush, Clinton and the Generals,” and the Korean War book, “The Coldest Winter.”

Mr. Halberstam’s range, however, extended well beyond war. His interests roamed from basketball to the auto industry, from the 1949 American League pennant race to the rise of modern media conglomerates in the 20th century.

“A writer should be like a playwright — putting people on stage, putting ideas on stage, making the reader become the audience,” he recently told an interviewer for NY1 News.

Over the years, he developed a pattern of alternating a book with a weighty theme with one that might seem of slighter import but to which he nonetheless applied his considerable reportorial muscles. “He was a man who didn’t have a lazy bone in his body,” said the writer Gay Talese, a close family friend.

As a result, his book on the media, “The Powers That Be,” was followed by a basketball book, “The Breaks of the Game.” A study of the decline of the American automobile industry and the Japanese ascension, “The Reckoning,” was followed before long by “The Summer of ’49,” on an epic pennant battle between the New York Yankees and Boston Red Sox.

Other works included “The Fifties,” a look at a decade that he argued was more monumental than many believed; “The Children,” about the civil-rights movement of the 1960s; and “Firehouse,” a study of the tight-knit world of New York firefighters, focused on 13 men from a firehouse near his Upper West Side home who went to the World Trade Center on 9/11. Only one survived.

David Halberstam was born on April 10, 1934, in New York City, to an Army surgeon, Dr. Charles A. Halberstam, and a schoolteacher, Blanche Levy Halberstam. His older brother, Michael, became a well-known cardiologist in Washington. In 1980, Michael Halberstam was shot in his home and killed by an intruder.

After World War II, the Halberstam family moved to Westchester County. David attended school in Yonkers, and then went to Harvard, where he graduated in 1955. By then, his commitment to journalism had been sealed. He was managing editor of the student newspaper, The Crimson.

After graduation, he went south and wrote about the nascent civil-rights movement, first for The West Point Daily Times Leader in Mississippi, then for The Nashville Tennessean. In 1960 he joined The New York Times, first in the Washington bureau, then as a foreign correspondent based in Congo.

It was when he went to South Vietnam in 1962 that he began to leave an indelible journalistic mark. 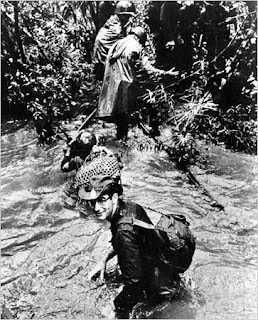 He soon saw that the American-backed government in Saigon was corrupt and failing — and he said so. William Prochnau, who wrote a book on the reporting of that period, “Once Upon a Distant War,” said last night that Mr. Halberstam and other American journalists then in Vietnam were incorrectly regarded by many as antiwar.

“He was not antiwar,” Mr. Prochnau said. “They were cold war children, just like me, brought up on hiding under the desk.” It was simply a case, he said, of American commanders lying to the press about what was happening in Vietnam. “They were shut out and they were lied to,” Mr. Prochnau said. And Mr. Halberstam “didn’t say, ‘You’re not telling me the truth.’ He said, ‘You’re lying.’ He didn’t mince words.”

President John F. Kennedy was so incensed by Mr. Halberstam’s war coverage that he strongly suggested to The Times’s publisher, Arthur Ochs Sulzberger, that the reporter be replaced. Mr. Sulzberger replied that Mr. Halberstam would stay where he was. He even had the reporter cancel a scheduled vacation so that no one would get the wrong idea.

After Vietnam and after winning his Pulitzer Prize, Mr. Halberstam was assigned to the Times bureau in Warsaw. There, he met an actress, Elzbieta Czyzewska, whom he married in 1965. That marriage was short-lived. In 1979, he married Jean Sandness, then a writer.

In addition to his wife, he is survived by their daughter, Julia, also of Manhattan.

By the late 1960s, Mr. Halberstam tired of daily journalism and he left The Times, not exactly on mutually amicable terms. After that, he devoted himself to books, magazine articles and even a Vietnam-based novel, “One Very Hot Day.”

In the recent NY1 interview, Mr. Halberstam summed up his approach to work by quoting a basketball player. “There’s a great quote by Julius Erving,” he said, “that went, ‘Being a professional is doing the things you love to do, on the days you don’t feel like doing them.’ ”