Many scholars would now agree that the origins of the Qur'an are obscure, so why does Glen Bowersock's review of my book suggest it is reprehensible to bring this to light? 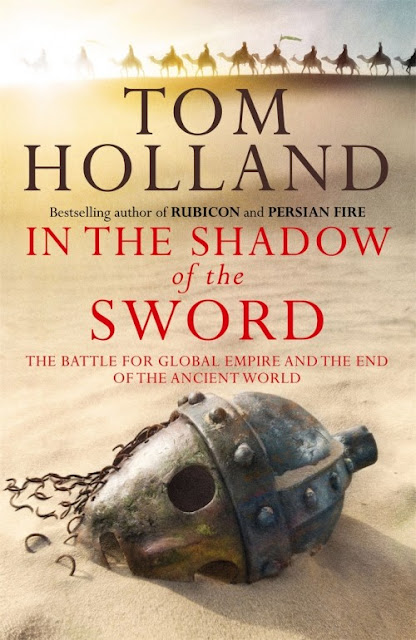 Is it justifiable to question what Muslim tradition has to say about the origins of Islam? Readers of Glen Bowersock's review of my book might very well conclude not. That Qur'anic studies are currently in a state of the utmost disarray is a fact he simply shrugs aside. Instead, my book is cast by him as something worse than irresponsible. In a dyspeptic final paragraph, he strongly implies that it was cooked up by "author, agent and publisher" as something truly reprehensible: an attempt to exploit Islamophobia for commercial gain.

This is a serious charge – and since it is founded on Bowersock's claim that my scholarship is shoddy and out on a limb, I hope that he will forgive me defending myself. I am accused of twisting my sources. I could, however, level much the same charge against Bowersock's criticisms of me. In a passage on the early Qur'anic manuscripts found in Sana'a, for instance, he condemns my failure to mention that various palimpsests are currently "with the publisher". But he has missed the two points that I am clearly using my brief mention of the Sana'a manuscripts to make. First – since "with the publisher" effectively equals "not yet published" – it has been impossible for any scholarly consensus as to their precise significance to emerge. Second, what research on them has so far been published points to the fact that the Qur'anic text, far from evolving over the seventh and eighth centuries, as some venturesome scholars have suggested in the past, seems to have been broadly stable throughout that period. My conclusion, in other words, could hardly be more sober. "There is not a hint of deliberate fabrication in any of the Sana'a fragments."

This, it seems to me, is as much certainty as the ferociously contested fields of Qur'anic palaeography and orthography will permit. If I did not cite a manuscript in the Bibliothèque Nationale dated by the French scholar François Déroche to the third quarter of the seventh century, it was not – as Bowersock charges – because I had "missed" it, but because the dating of early Qur'an manuscripts is notoriously a work in progress. Déroche himself, for instance, originally placed the origins of the Bibliothèque Nationale manuscript in the early eighth century – and there are other scholars who still do. Nor, unfortunately, does carbon dating offer any greater certainty. At a conference in 2010, the same Christian Robin cited by Bowersock in his review revealed that a preliminary carbon dating of some pages from one of the Sana'a palimpsests had given dates in the late 500s – a most awkward misfire. I hope, then, that it will be understandable why, in a book aimed at a general readership, I opted not to venture into such a quagmire.

Instead, in my attempt to explore where and how the Qur'an might have emerged, if not from God, I adopted what is currently a fashion in Qur'anic studies, by looking at it in its historical context. The challenge with adopting this approach – which in any other field of history would be wholly uncontroversial – is that Muslim accounts of its composition, all of them written long after the lifetime of Muhammad, and often in direct contradiction of the Qur'an itself, are the only accounts we possess. No wonder, then, that Fred Donner, the éminence grise of early Islamic studies, should openly have acknowledged that "we simply do not know some very basic things about the Qur'an – things so basic that the knowledge of them is usually taken for granted by scholars dealing with other texts." Attempts to explain its origins, then, cannot help but be provisional. I could hardly have been any clearer in emphasising that point. It is precisely why my chapter on Muhammad is titled "More Questions than Answers".

It is in this light that most of Bowersock's criticisms should be seen. When I suggest that "Quraysh", the name given by Muslim tradition to Muhammad's tribe, might have derived from a Syriac word, "qarisha", I am casting it as precisely that: a suggestion. Bowersock is wrong that the Syriac root verb – "QRSh" – means only to congeal or clot. Look up page 1,418 of the most recent Syriac lexicon, by Michael Sokoloff, and a definition can be found corresponding to an Arabic cognate: "to gather people". Hardly the stuff of gripping popular history, of course; and yet readers need to be reassured that my narrative, however "swashbuckling," draws on years of careful research.

Of course, even Homer nods – and Bowersock himself can sometimes nap. How he can approvingly cite the seminal study on Meccan trade by his erstwhile Princeton colleague, Patricia Crone, and simultaneously claim that "no one before has seriously doubted the conjunction of Muhammad and Mecca," I am at a loss to explain. It is precisely such a doubt that lies at the heart of Crone's book. Nor is she alone: many leading Qur'anic scholars would now admit that it remains deeply obscure where the Qur'an might originally have taken shape.

Most egregiously of all, Bowersock says that the Dutch title of the book – The Fourth Beast – "looks like" it was chosen "to profit from recent Dutch anxiety over Muslim immigrants". Au contraire – as with my previous book, so with this, Dutch and British publishers chose different titles, from a whole number suggested by me. The Fourth Beast was a phrase derived from the Biblical Book of Daniel, applied successively to the pagan Roman empire, its Christian heir, and the Arab Caliphate – making it the perfect title for a survey of all three. I invite anyone who doubts that simply to read the penultimate paragraph of my book.

Bowersock is a formidable scholar for whom I have great admiration – and his most recent work on ancient Ethiopia shows him to be as on the ball as ever. But this review, which is targetted not just at me but at an entire efflorescence in contemporary scholarship, is unworthy of him. Far from it being inappropriate to place the rise of Islam in the context of "languages and ideas floating around in the Near East", the truly inappropriate thing, I would suggest, is to veil an important trend in scholarship from the gaze of the general public, and to scold those who would seek to lift it.