Thanks, Obama, but wealth is not theft 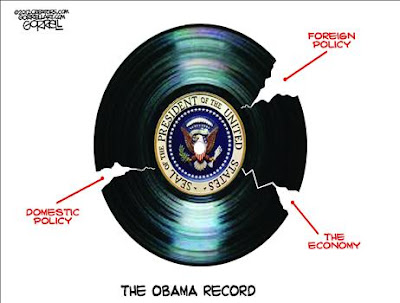 There is nothing new under the sun, including politicians who seek to win votes by milking the gap between rich and poor.

Today it’s Barack Obama, demanding a “Buffett rule” and decrying the harm caused when “the gap between those at the very, very top and everybody else keeps growing wider and wider and wider and wider.” Not so long ago it was John Edwards, intent on riding his “Two Americas” stump speech (“One America does the work while another America reaps the reward”) all the way to the White House. Earlier still it was FDR, lambasting the wealthy who “did not want to pay a fair share” and boasting that he’d “increased still further the taxes paid by individuals in the highest brackets” because that was “the American thing to do.”

Those who peddle class resentment can always find ready takers; otherwise politicians wouldn’t keep selling the same rug. But the demand for it is never as great as the demagogues imagine. Most Americans don’t hate the rich, or even the very rich, and they don’t despise the economic system that makes great wealth possible. “That all men are created equal” goes to the core of our national creed; its undeniable moral force led Americans to fight a horrific Civil War over slavery in the 19th century, and to embrace the legal and social upheaval of the Civil Rights movement in the 20th.

But what Americans honor is equality in the eyes of the law, political equality — not equality of income or material circumstances. The two kinds of equality are inherently in conflict, as every effort to impose egalitarianism eventually proves. “There is all the difference in the world between treating people equally and attempting to make them equal,” wrote Friedrich Hayek in 1948. The fact that some people make much more money than others has never convinced the American people that a fundamental overhaul of society is necessary or even desirable. For all the extravagant claims made last year about Occupy Wall Street’s significance, is anyone surprised that the movement has fizzled?

For months President Obama has been calling income inequality “the defining issue of our time,” but relatively few Americans agree. In a recent Gallup poll, only 2 percent of respondents identified the gap between rich and poor as their top economic concern. Even among the Democrats in Gallup’s survey, inequality didn’t show up as a major worry.

Armed with a bully pulpit and backed by a liberal media chorus, Obama may have good political reasons to keep hammering away at the wealth gap. No doubt he can mobilize some voters with his suspect claims about billionaires paying a 1 percent tax rate, or the charge that Republicans want “everybody left to fend for themselves and play by their own rules.”

But most voters understand intuitively that in a free society, unequal productivity will generate unequal wealth. Incentives and rewards are powerful motivators of work and risk-taking; and the greater the potential rewards, the more an economy will achieve. A Bill Gates or Steve Jobs or Sam Walton is far more likely to flourish in a nation where people can become millionaires and billionaires — and to enrich all of us in the process of enriching themselves.

“In a democratic, capitalist society, gaps in income are inevitable,” write Peter Wehner and Robert Beschel Jr. in the current issue of National Affairs. “Yet it is worth noting that democratic capitalism has done far more to create wealth, advance human flourishing, and lift people out of destitution than any other economic and political system. . . A policy agenda that has as its top priority the elimination of income gaps. . . not only encourages resentment but also threatens the American economy — because a narrow focus on closing gaps tends to go along with reduced overall growth.”

There is no fixed limit to the wealth a society can produce, and today’s “1 percent” produce an amazing amount of it. But their wealth takes nothing away from the other 99 percent. We are all free to rise as high as talent, education, and hard work will take us. Wealth is not theft. Productivity is not zero-sum. If economic disparity is a problem, then the way to solve it is by raising those who are stuck near the bottom, not tearing down those who have climbed to the top.
Posted by jtf at 4:57 AM