Steyn on the World

My personal chronology of the Bush years is simple enough:

For the first eight months, I did shtick. We all did. In April of 2001, he went to Quebec for the Summit of the Americas and was greeted by the then Canadian Prime Minister, whose name escapes me, as I trust it does you. “Bienvenue,” he said to Dubya. “That means ‘Welcome’.” Ha-ha. What fun we had. There were the usual riots, of course, led by that French farmer famous for destroying his local McDonald’s on the grounds that “the free market is violence”. He was accompanied by various weekending trustafarians who’d motored up from the Ivy League, plus large numbers of Canadian students who’d had their exams postponed and were given $300,000 of taxpayers’ money in order to enable them to get to Quebec City and smash the place up. I forget what the Summit was about, although I had plenty of one-on-one face-time with lonely Latin American foreign ministers who couldn’t find anyone else to talk to, and I may even have filed a couple of widely unread thumbsuckers on the lines of: “The Guatemalan Deputy Trade Minister gets it. Why don’t we?” In the end, the Summit wasn’t really “about” anything. Not a lot was in those days. 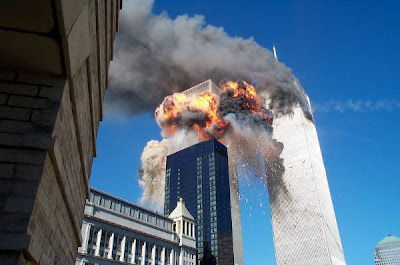 Then came a Tuesday morning in September. And “Steyn butched up”, as a Canadian columnist recently put it. There was a lot of that about. Even mild-mannered coves like the State Department’s Richard Armitage were getting General Musharraf on the phone and threatening to bomb his country back to the Stone Age. The Taliban fell, and Mullah Omar scuttled out of town, hitching up his skirts and pausing only to put a false beard over his real beard, with no time to pack even the Rod Stewart cassettes subsequently found in the compound of the man who famously banned music throughout the land. (The old “Do Ya Think I’m Sexy?” Rod, not the namby-pamby Rod Stewart Slays The Great American Songbook stuff.) When the troops got to Tora Bora, they discovered our enemies really did live in caves – and not the Bond-villain underground lairs the CNN graphics department mocked up, vast inverted Trump Towers burrowing deep into the earth with Osama stroking a Persian as he plotted world domination from the upside-down penthouse in Sub-Basement Level 43; but just regular caves – as in a smelly hole in the ground with a carelessly demarcated communal latrine at the back.

And then, with the Taliban gone and the world’s slowest “rush to war” with Iraq just getting underway, I made the mistake of going to Europe to visit the famous banlieues of Paris and other Muslim quartiers of the Continent. And at that point I started to get the queasy feeling the bewildered investigator does when he’s standing in the strange indentation at the edge of town and, just as he works out it’s a giant left-foot print, he glances up to see Godzilla’s right foot totaling his Honda Civic. I began to see that it’s not really about angry young men in caves in the Hindu Kush; it’s not even about angry young men in the fast growing Muslim populations of the west – although that’s certainly part of the seven-eighths of the iceberg bobbing just below the surface of 9/11. But the bulk of that iceberg is the profound and perhaps fatal weakness of the civilization that built the modern world. We’re witnessing the early stages of what the United Nations Population Division calls a “global upheaval” that’s “without parallel in human history”. Demographically and psychologically, Europeans have chosen to commit societal suicide, and their principal heir and beneficiary will be Islam.

And once I’d stumbled on that even the thought of Mullah Omar prancing round the room to Rod Stewart’s “Hot Legs” couldn’t cheer me up.

When I go hither and yon doing my apocalyptic vaudeville, I’m often asked a variant of the following: If what you say is true – that Islam is likely, if only by default, to take over much of the west in a generation or two - why would it be so dumb as to jump the gun on 9/11? After all, before that Tuesday morning, few of us gave any thought to the subject. 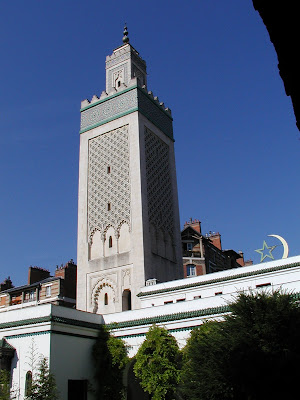 The short answer is that Islam is not monolithic, and that it’s perfectly understandable for Osama bin Laden to play bad cop to the radical Muslim lobby group’s good cop, granted that they share the same aim: the wish to annex the crusader lands to the House of Islam.

The longer answer is that, even if 9/11 was a strictly unnecessary provocation, it was still a useful revelation of the limits of the Great Satan’s resolve. Or to look at it another way: A couple of years back, over in The Corner at National Review Online, some of the more bloodthirsty lads were demanding to know why Bush didn’t do this and why Bush didn’t do that. I forget what it was now - knock off Assad, freeze Saudi bank accounts, whatever. John Podhoretz responded that we were missing the point, which was this: Bush was as good as it was going to get.

The electors have made a bet that we can return to that happy capering playground at the Summit of the Americas where all the great questions have been settled and indulgent governments can subsidize their own anarchists. If 9/11 ultimately revealed America’s self-imposed constraints, November 4th is already understood as a comprehensive repudiation even of that qualified resolve. Like I said: for America's enemies, that’s useful to know.
Posted by jtf at 3:45 PM