Cobb, Hornsby, Ruth are among the best of the best

This week SI.com let four writers live out a GM's dream. The assignment? Pick three Dream Teams in each of the four major team sports: one for the best of all-time, one built to win right now and one built for five years from now. Each team features a complete roster of players, including reserves, as well as coaches. Check out our experts' picks, then weigh in with your thoughts. 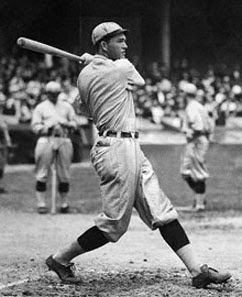 It wasn't always better back in "the good old days." My 25-man roster for my all-time team includes seven active players -- five of them pitchers. That seems counterintuitive for a hitter-friendly era that will go down in history for its performance-enhancing drugs, retro (smaller) ballparks and infatuation with the home run. But that's all the more reason to appreciate what Roger Clemens, Randy Johnson, Greg Maddux, Pedro Martinez and Mariano Rivera have done.

The rules are pretty simple here: I picked the guys I thought to be the best at their position -- and yes, that means leftfield, centerfield and rightfield, not three generic "outfield" spots. I allowed a little more license with the bench spots. For instance, I'd rather have Sandy Koufax coming out of the pen than Jesse Orosco, a true lefthanded specialist. So have at it: Feel free to disagree with my all-time team. 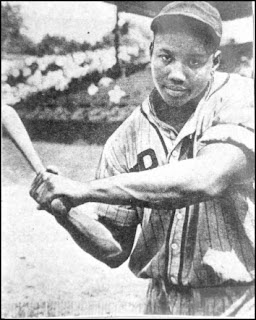 Gibson might never have been granted the chance to play in the major leagues -- he died three months before Jackie Robinson broke the color barrier in 1947 -- but that's no reason to keep him off this team. Satchel Paige called Gibson "the greatest hitter who ever lived." Gibson hit almost 800 home runs over a 17-year career in the Negro Leagues, some of those blasts estimated at more than 500 feet. He hit .426 in all recorded at-bats against big league pitchers.

SS | Alex Rodriguez | Seattle Mariners (1994-2000), Texas Rangers (2001-03), New York Yankees (2004-present)
He deserves a place on the team and this is it. He did log eight full seasons at shortstop. Someday he should be the greatest home run hitter of all time as well as the all-time RBI champion.

3B | Mike Schmidt | Philadelphia Phillies (1972-89)
Here's why baseball is such a great, confounding game: At the age of 24 Schmidt was a career .197 hitter after more than 400 at-bats. Eight home run titles later -- and with 548 total dingers for his career -- Schmidt makes the all-time team. 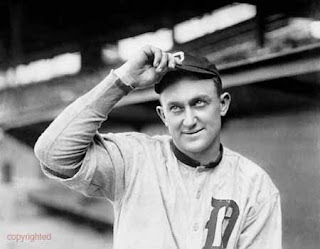 CF | Ty Cobb | Detroit Tigers (1905-26), Philadelphia Athletics (1927-28)
Better than Willie Mays? Yes, he was that good. Cobb won 11 batting titles, owns the highest career batting average in history (.366) and led the league in virtually every statistical category at least once. 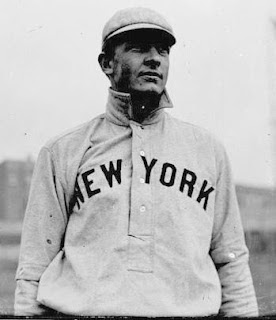 To make this rotation you need a spectacular peak and longevity. If Pedro Martinez can extend his career, he just might knock a legend out of this rotation.

CLOSER | Mariano Rivera | New York Yankees (1995-present)
The October component leaves him without competition. In 73 career postseason games, Rivera has been beaten once and thrown 112 2/3 innings with a 0.80 ERA. 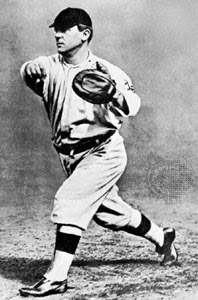 Pitching Coach | Johnny Sain | Pitcher from 1942 to '56 and pitching coach for six teams
Mentor to Leo Mazzone and others, the master of teaching the art of changing speeds.

Hitting Coach | Charley Lau | Catcher from 1956 to '67 and hitting coach for five teams
Popularized the "weight shift" style of hitting. 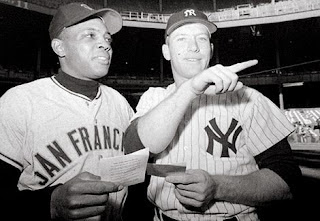 CATCHER
Pudge Rodriguez
Mike Piazza may be the greatest-hitting catcher of all time, but Rodriguez is a stellar defender and a .303 hitter who will chase 3,000 hits.

INFIELDERS
Stan Musial
Honus Wagner
Musial remains one of the most underrated great players in history.