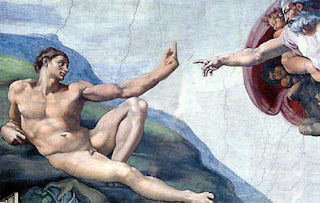 As if we were back in eighteenth-century France, atheist tracts are abroad in our land, their flamboyant titles defiant. The God Delusion, God Is Not Great, Letter to a Christian Nation, Atheist Manifesto, Atheist Universe: These are not subtle insinuations against God, requiring inferences from readers, but open opposition inviting readers to join in thumbing their noses. The Cambridge Companion to Atheism, newly published, offers comfort and scholarly reassurance, if not consolation, to atheists who might otherwise feel lonely--as, believing what they do, they surely must.

Atheism isn't what it was in the eighteenth century. Now, the focus of the attack is not the Church, which is no longer dominant, but religion itself. The disdain one used to hear for "organized religion" extends now to the individual believer's faith. Despite the change, politics is still the thrust of the attack. It's just that the delusion of religion is now allowed to be the responsibility of the believer, not of some group that is deluding him. A more direct approach is required.

In our time, religion, having lost its power to censor and dominate, still retains its ability, in America especially, to compete for adherents in our democracy of ideas. So to reduce the influence of religion, it is politically necessary to attack it in the private sphere as well as in the public square. This suggests that the distinction between public and private, dear to our common liberalism, is sometimes a challenge to maintain.

If religion, then, cannot be defended merely on the ground that it is private, what might be said in its behalf for the public good? We know from behavioral studies that, to the embarrassment of atheists, believers, or at least churchgoers, are better citizens--more active and law-abiding--than those who spend Sunday morning reading the New York Times. But why should this be so? And is it really true that atheists, with their newfound aggressiveness, are not public-spirited?

A person of faith might respond to the atheists that God's providence rules, but His mind is unknown to us. We might hope or guess or infer that God gives us freedom to make mistakes, to sin, to offend God, even to expound atheism--but we could not be sure of this. Our uncertainty as to God's intentions preserves the distance between man and God and prevents us from claiming imperiously that we know what God wants to happen. From this negative conclusion one might move to the positive inference that in leaving us free, God leaves us to choose and, to make choice effective, leaves us to choose not merely this or that detail of our lives, but a way of life comprehensively in politics.

But surely not just any politics, arbitrarily posited. We must have a politics that aims at justice. The atheists say that God is unjust because He allows injustice to exist, to thrive. Worse than that, God is complicit in injustice. The reason why "God is not great," in Christopher Hitchens's book title, is that God allows himself to be used, hence diminished, by His believers. Note that the atheist Hitchens, like a believer, wants God to be great. A God of limited powers is not God; God must be omnipotent to ensure that justice triumphs in the world. Hitchens doesn't believe in God, but that is because he does believe in justice. Justice must be realizable if the reproach to God is that He is unjust.

Now we must take a further step guided by human reason alone. Edmund Burke said, with a view to the atheism of the French Revolution, that we cannot live justly and happily unless we live under "a power out of ourselves." By this he meant a power above us, transcendent over our wills and our choices. We must choose to live under a power that limits our choices. In America we have a Constitution that limits our choices, not so much by forbidding things as by requiring us to make our choices through a political process of checks and balances, enforced by a separation of powers. But Burke means to argue that humanly contrived constitutional limits are not enough. Human government is not viable or sufficient without divine government above it in some unspecified relationship.

Is such a divine, transcendent power possible? The atheists say it is not. They say that man is by nature a tool-maker, not a religious being who yearns to worship God. In their view worship is nothing but a tool to get what we want; the power allegedly over us is "out of us" in the sense of originating in our selves. "Religion poisons everything," says Hitchens in the subtitle of his book, because every believer's private desires are given terrific force over others' desires without their consent. Religion makes believers into tyrants. The source of religious tyranny is therefore human, when men conceive of religion and convince themselves while fooling others that they deserve to have what they can get. Atheism uncovers the fact of human tyranny that uses religion as a mask.

Is there an atheist alternative to tyranny? Is there such a thing as a non religious principle, replacing God, that is truly transcendent and not a tool of our passions? One can think of such a principle, something like Kant's categorical imperative that requires each person, without appealing to God, to act only on a universal idea, not one that favors himself or promotes his own interest over others. But how does this work in practice? Has Germany, the country of Kant, been a paragon of justice in the world since Kant fashioned his theory? More pointedly, has not the atheist totalitarianism of the twentieth century, with its universal pretensions, proved to be the worst tyranny mankind has ever seen?

There was an Epicurean atheism in the ancient world quite different from ours today. That atheism also uncovered tyranny behind the mask of religion, but it was content to point out the power of injustice. Injustice in this view was the way of the world, and there was no remedy for it. The only recourse for a reasonable person was to stay out of politics and live a life of pleasure, seeking calm, watching storms of the sea from ashore, and suppressing one's indignation at injustice.

Today's atheism rejects this serene attitude and goes on the attack. In its criticisms of God it claims to be more moral than religion. But it cannot do this without becoming just as heated, thus just as susceptible to fanaticism, as religion. Today's atheism shows the power of our desire for justice, a fact underestimated by the Epicurean pleasure-lovers. But it ignores the power of injustice, which was the Epicurean insight. Atheists today angrily hold religion to a standard of justice that the most advanced thinkers of our time, the postmoderns, have declared to be impossible. Some of those postmoderns, indeed, are so disgusted with the optimism of atheism that, with a shrug of their shoulders, they propose returning to the relative sanity of religion.

It is not religion that makes men fanatics; it is the power of the human desire for justice, so often partisan and perverted. That fanatical desire can be found in both religion and atheism. In the contest between religion and atheism, the strength of religion is to recognize two apparently contrary forces in the human soul: the power of injustice and the power, nonetheless, of our desire for justice. The stubborn existence of injustice reminds us that man is not God, while the demand for justice reminds us that we wish for the divine. Religion tries to join these two forces together.

The weakness of atheism, however, is to take account of only one of them, the fact of injustice in the case of Epicurean atheism or the desire for justice in our Enlightenment atheism. I conclude that philosophy today--and science too--need not only to tolerate and respect religion, but also to learn from it.

Harvey Mansfield is professor of government at Harvard University and the author, most recently, of Manliness.
Posted by jtf at 3:44 PM