How we become American. 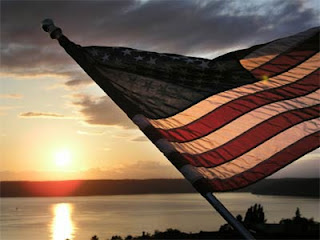 Happy Fourth of July. To mark this Wednesday's holiday, I share a small moment that happened a year ago in Bay Ridge, Brooklyn. I was at a wake for an old family friend named Anthony Coppola, a retired security guard who'd been my uncle Johnny's best friend from childhood. All the old neighborhood people were there from Clinton Avenue and from other streets in Brooklyn, and Anthony's sisters Tessie and Angie and Gloria invited a priest in to say some prayers. About a hundred of us sat in chairs in a little side chapel in the funeral home.

The priest, a jolly young man with a full face and thick black hair, said he was new in the parish, from South America. He made a humorous, offhand reference to the fact that he was talking to longtime Americans who'd been here for ages. This made the friends and family of Anthony Coppola look at each other and smile. We were Italian, Irish, everything else. Our parents had been the first Americans born here, or our grandparents had. We had all grown up with two things, a burly conviction that we were American and an inner knowledge that we were also something else. I think we experienced this as a plus, a double gift, though I don't remember anyone saying that. When Anthony's mother or her friend, my grandmother, talked about Italy or Ireland, they called it "the old country." Which suggested there was a new one, and that we were new in it.

But this young priest, this new immigrant, he looked at us and thought we were from the Mayflower. As far as he was concerned--as far as he could tell--we were old Yankee stock. We were the establishment. As the pitcher in "Bang the Drum Slowly" says, "This handed me a laugh."

This is the way it goes in America. You start as the Outsider and wind up the Insider, or at least being viewed as such by the newest Outsiders. We are a nation of still-startling social fluidity. Anyone can become "American," but they have to want to first.

It has had me thinking a lot about how people become American. 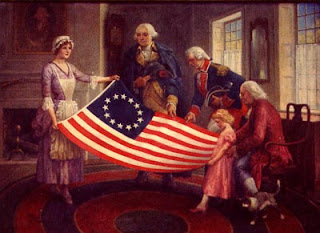 I don't know that when my grandfather Patrick Byrne and his sisters, Etta and Mary Jane, who had lived on a hardscrabble little farm in Donegal, on the west coast of Ireland, felt about America when they got here. I don't know if they were "loyal to America." I think they were loyal to their decision to come to America. In for a penny, in for a pound. They had made their decision. Now they had to prove to themselves it was the right one. I remember asking Etta what she'd heard about America before she got here. She said, "The streets were paved with gold." All the immigrants of the late 19th and early 20th century used that phrase.

When I was in college in the 1970s, I got a semester abroad my junior year, and I took a boat from England to Ireland and made my way back to Donegal. This was approximately 55 years after my grandfather and his sisters had left. There I met an old man who'd been my grandfather's boyhood friend. He lived by himself in a shack on a hill and was grateful the cousins I'd found had sent me to him. He told me he'd been there the day my grandfather, then a young man, left. He said the lorry came down the lane and stopped for my grandfather, and that his father said goodbye. He said, "Go now, and never come back to hungry Ireland again."

My grandfather had his struggles here but never again went home. He'd cast his lot. That's an important point in the immigrant experience, when you cast your lot, when you make your decision. It makes you let go of something. And it makes you hold on to something. The thing you hold on to is the new country. In succeeding generations of your family the holding on becomes a habit and then a patriotism, a love. You realize America is more than the place where the streets were paved with gold. It has history, meaning, tradition. Suddenly that's what you treasure.

A problem with newer immigrants now is that for some it's no longer necessary to make The Decision. They don't always have to cast their lot. There are so many ways not to let go of the old country now, from choosing to believe that America is only about money, to technology that encourages you to stay in constant touch with the land you left, to TV stations that broadcast in the old language. If you're an immigrant now, you don't have to let go. Which means you don't have to fully join, to enmesh. Your psychic investment in America doesn't have to be full. It can be provisional, temporary. Or underdeveloped, or not developed at all.

And this may have implications down the road, and I suspect people whose families have been here a long time are concerned about it. It's one of the reasons so many Americans want a pause, a stopping of the flow, a time for the new ones to settle down and settle in. It's why they oppose the mischief of the Masters of the Universe, as they're being called, in Washington, who make believe they cannot close our borders while they claim they can competently micromanage all other aspects of immigration.

It happens that I know how my grandfather's sister Mary Jane became an American. She left a paper trail. She kept a common-place book, a sort of diary with clippings and mementos. She kept it throughout the 1920s, when she was still new here. I found it after she'd died. It's a big brown book with cardboard covers and delicate pages. In the front, in the first half, there are newspaper clippings about events in Ireland, and sentimental poems. "I am going back to Glenties . . ."

But about halfway through, the content changes. There is a newspaper clipping about something called "Thanksgiving." There are newspaper photos of parades down Fifth Avenue. And suddenly, near the end, there are patriotic poems. One had this refrain: "So it's home again and home again, America for me./ My heart is turning home again, and there I long to be./ In the land of youth and freedom beyond the ocean bars/ Where the air is full of sunlight, and the flag is full of stars."

Years later, when I worked for Ronald Reagan, those words found their way into one of his speeches, a nod from me to someone who'd made her decision, cast her lot, and changed my life.

I think I remember the last time I told that story. I think it was to a young Mexican-American woman who was a speechwriter for Bill Clinton. I think she completely understood.

God bless our beloved country on the 231st anniversary of its birth.

Ms. Noonan is a contributing editor of The Wall Street Journal and author of "John Paul the Great: Remembering a Spiritual Father" (Penguin, 2005), which you can order from the OpinionJournal bookstore. Her column appears Fridays on OpinionJournal.com.
Posted by jtf at 11:25 AM

Ms. Noonan has written a number of agreeable articles in time. This one however is more personally striking and simple than most to get your mind around.
The heavy decision the let go of something like the life you have is huge. I have had three major moves for jobs to make my families life better but I never had to let go even when one of the jobs was in Europe. I am always an American and can always go home.
All my grandparents did, let go of it. They boarded a ship in Bari and never went back. Their life wasn't great but the children's lives were very good and their grandchildren's (mine and siblings) is great, blessed and sometimes so simplistically easy event during difficult times I just shake my head look up and say thanks. I am not an immigrant of today that has maybe walked, or got stashed in a trunk for a 1000 miles for a minimum wage job (Grapes of Wraths stuff). WOW what determination to make their family's life better. We need to find a solution to our current familty dispute offer immagration and those that abuse the system. We have “citizens” in this country that are on the doles for a life time and won't move 100 miles for a job. Who’s the bigger problem? Those whom would latch on or those whom wouldn’t let go.

Who’s the bigger problem? Those whom wouldn’t latch on or those whom do and wouldn’t let go.

While I do not share Ms. Noonan's political perspectives, I have found these series of articles very appealing. "On Letting Go" is particularly well done. As some one who has come from an ethnic family, I have found the immigration issue to be very compelling. My grandfather was an illegal alien. He came by boat to Canada and then walked over to the US so that he could find a better life. No one knew this until a couple of years ago, I happened to be talking to my uncle about my family's history and he started to chat about this "secret". Eventually my grandfather gained a sponsor and was able to clear up this "problem". His heirs have gone on to graduate from some of the largest colleges in the US, been successful businessmen and have been elected to political office.

Yes, I can speak a little Czech and still enjoy celebrating Christmas with some traditions. I talk to my grandchildren about where they came from and what it means. I also believe I am as American as they come. I served in the Military during the Vietnam Years and worked my way through College.

Grandpa Vaclav didn't go back ever to Czechoslovakia. He stayed here to get married and raise a family.

I suggest that one needs to look into one family history before we cast rocks at recent immigrants.