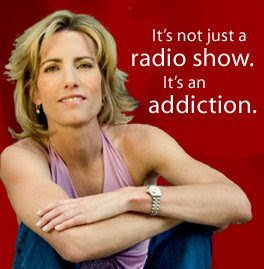 The phrase must sound like fingernails on a chalkboard to anyone from the White House who listens to Laura Ingraham’s nationally syndicated radio show. We know someone there listens because White House press secretary Tony Snow, an old Ingraham friend, has braved the show more than once, including in a blowout exchange deep into the debate over the Senate immigration bill that died Thursday on the Senate floor.

Fingernails on a chalkboard, too, to Mississippi senator Trent Lott, who announced, Dianne Feinstein-like, “Talk radio is running America. We have to deal with that problem.” No, senator: Talk radio is listening to America. (Only 22 percent favored the immigration bill he was whipping for). You should try it, Senator. It could help solve some of your problems (19-percent approval rating).

Power to the People is the title of Ingraham’s upcoming bestseller, out this fall from Regnery. It’s also a phrase all too familiar to regular listeners to her radio show. It’s also the perfect rallying cry for the revolution Ingraham is at the forefront of. Witness the immigration debate.

The Grand Compromise immigration bill was announced pre-Memorial Day in the Senate by, among others, an emotional South Carolina senator Lindsey Graham, who sought to throw everything you ever learned from Bill, the bill on the Capitol steps from Schoolhouse Rock on Saturday mornings, out the window. If you watched the senators’ press conference, you saw Graham talking about how excited he was that he was in closed-door rooms meeting with people about legislation and talking about America and that’s why the immigration deal was so great. “This is what my ninth-grade teacher told me government is all about and I finally got to experience it.”

But Laura Ingraham’s understanding of the federal government tracks closer to what the Founders had in mind — representative government and all. And so the former Supreme Court law clerk read the bill and linked to it on her website and had real debates about it — with Snow, with Linda Chavez (who had backed up the president’s contention that there was hostility toward Hispanics fueling opposition to the amnesty bill), with the Manhattan Institute’s Tamar Jacoby. On the Senate floor this past Wednesday, Alabama Republican senator Jeff Sessions, another hero who saved America from this damaging bill, said: “The radio talk-show hosts know more about the bill than most of the senators, if you want to know the truth.” He had Laura Ingraham, for one, down.

In a talented field of intelligent conservative male audience getters who include the incomparable Rush Limbaugh, eminently confident Sean Hannity, playfully cerebral Bill Bennett, and the stalwart Mark Levin, Laura Ingraham puts to rest the lie that conservatism is some misogynistic boys club. She can compete with the best of them and while mixing it up on all matters of national security and pop culture with her bright and entertaining producers Matt Fox, A. J. Rice, and Joe Vollono, she also brings a fearlessly feminine flair to the conservative talk-radio airwaves.

The June 14 debate between Ingraham and Tony Snow was a revealing one. Here two formidable cancer survivors were duking it out on a key and fundamental issue of the day, both bringing to it a sense that life is too short to not have important debates — on details and substance — if you’re in the political world. We who devote our lives to public policy owe the people who tune in, click on, and trust us that we use our power that way.

Feminists rarely give conservative women the time of day but if they did, they’d have Laura Ingraham into their hall of fame. (Laura shouldn’t hold her breath, though; she’s a recent convert to Catholicism so has doubled her associations with misogyny in the Ms. world.) But she’s doing fine without the accolades. She has something more important: a voice and an audience. Brave, honest, unrelenting — and way cool. Using her power for good. And listening to the peeeooople!!! Who, as it happens, are also listening to her, big-time.

Just ask Senator Lott. I hear he’s heard from some people in recent weeks.
Posted by jtf at 12:05 PM