Deroy Murdock: Open For the Enemy

If They Can Make It Through the Border

“America is still the land of opportunity,” Senator John McCain recently said. “And we’re not going to erect barriers and fences.”

Along with Massachusetts Democrat Ted Kennedy, the Arizona Republican cosponsored immigration legislation currently crawling through the Senate. McCain should recognize that without a barrier or fence, the U.S./Mexican frontier will continue to welcome Islamic extremists pledged to America’s doom.

This is not hypothetical.

“Members of Hezbollah, the Lebanon-based terrorist organization, have already entered the United States across our southwest border,” declares “A Line in the Sand,” a January report of the House Homeland Security Subcommittee on Investigations, then-chaired by Texas Republican Michael McCaul. 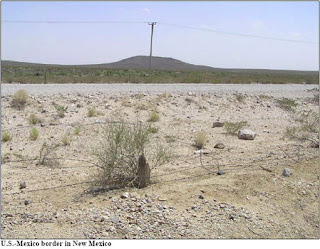 The study cites FBI Director Robert Mueller’s March 2005 congressional testimony confirming that, “there are individuals from countries with known al Qaeda connections who are changing their Islamic surnames to Hispanic-sounding names and obtaining false Hispanic identities, learning to speak Spanish, and pretending to be Hispanic immigrants.”

Zapata County, Texas Sheriff Sigifredo Gonzalez told a House International Relations subcommittee last July 7: “If smugglers can bring in tons of marijuana and cocaine at one time and can smuggle 20 to 30 persons at one time, one can just imagine how easy it would be to bring in two or three terrorists or their weapons of mass destruction across the river and not be detected.”

Others who were collared that year departed nations in which terrorists thrive, though without government assistance: three Saudis, seven Lebanese, seven Yemenis, 11 Algerians, 15 Afghans, 17 Egyptians, 22 Somalis, 25 Indonesians, 27 Jordanians, and 101 Pakistanis. Let’s hope these 235 individuals tried to break into America to harvest broccoli.

Of course, these are folks the Border Patrol arrested.

Nonetheless, the Dukas’s notoriety deepened. Last May 7, authorities arrested them in the Garden State for advancing a suspected Islamofascist conspiracy to kill “as many soldiers as possible” with machine guns, mortars, and rocket-propelled grenades. As such, authorities say, the illegal-alien Duka brothers represent half of the Fort Dix Six. 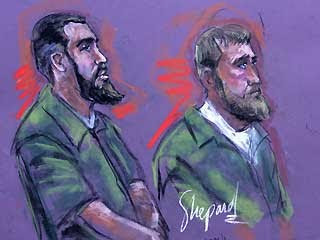 * Mahmoud Youssef Kourani pleaded guilty in March 2005 to providing terrorists material support. After bribing a Mexican diplomat in Beirut for a visa, Kourani and another Middle Easterner’s Mexican guides shepherded them into America. Kourani settled in Dearborn, Michigan’s Lebanese-immigrant enclave, where he raised cash for Hezbollah.

* Federal agents arrested Neeran Zaia and Basima Sesi in September 2004 for smuggling more than 200 Middle Easterners — mainly Iraqis, Jordanians, and Syrians — through Latin America and Mexico into the U.S. Zaia previously was convicted of alien-smuggling.

* Beyond Islamic prayer mats among the cacti, Jim Hogg County, Texas Border Patrol agents found a jacket with Arabic-language patches. One reads, “martyr” and “way to immortality.” The other depicts a jet flying into a skyscraper. 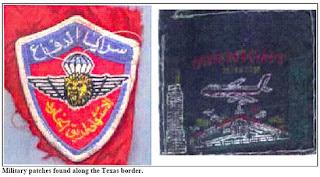 Despite September 2006 congressional vote to fence off 700 miles of the southern border, the Senate now backs only a 370-mile partition. This is especially discouraging, since that frontier’s condition is, officially, dismal:

“DHS does not as yet have a wholly satisfactory methodology of determining whether a portion of the border is considered under control from a system-wide, defense-in-depth, and continuously enforceable perspective,” laments a May 1 Homeland Security congressional update. “In the end, gaining control of the border requires gaining control of the entire border, so that as illegal immigration is stopped at one location along the border, it can find no alternate crossing point.”

In the end, Congress quickly must stitch the gaping wound across America’s underbelly. While the U.S./Canadian boundary is worrisome, 1/24 as many illegals traverse it, versus its southern counterpart. While most illegals come here to work, which presents its own challenges, others endure extreme heat and dodge Gila monsters to come here and kill us.

It remains Washington’s solemn duty to stop them.

— Deroy Murdock is a New York-based columnist with the Scripps Howard News Service and a media fellow with the Hoover Institution.
Posted by jtf at 12:26 PM