Violence Expert Visits Her Dark Past 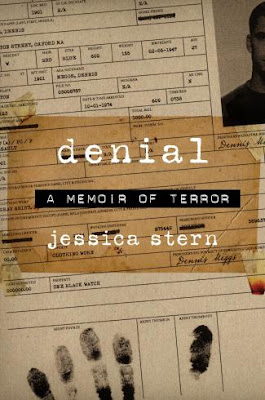 A Memoir of Terror

Jessica Stern is among the world’s experts on violence and evil, a woman who spends her time thinking about bad men and bad deeds. She has lectured at Harvard about terrorism and is the author of a respected book, “Terror in the Name of God: Why Religious Militants Kill” (2003). During the Clinton administration she was on the staff of the National Security Council. She presents herself as hard, no-nonsense, buttoned up. She is certainly possessed of the perfect surname. “If the plane goes down,” she writes in “Denial,” her new memoir, “you want me at the controls.”

“Denial” is Ms. Stern’s plainspoken and very raw account of why, long before 9/11, she was driven to study terrorism and to put herself repeatedly into danger as she flew around the world, like some scholarly twin of the former CNN war correspondent Christiane Amanpour, interviewing committed terrorists. Central among the reasons, it turns out, was her own experience of terror. On Oct. 1, 1973, when Ms. Stern was 15 and her sister 14, the two of them, alone in a suburban house in leafy Concord, Mass., were raped by a man who cut the house’s telephone lines before walking inside and leading them upstairs.

Ms. Stern describes that evening in brutal detail. It was a night that changed her and taught her a dire lesson: “Shame can be sexually transmitted.” The crime wasn’t properly investigated. The police didn’t believe her when she said the rapist was a stranger. Because her story and those of others were not publicized or taken seriously enough by the police, the same man was able to rape some 44 girls — an incredible, heart-collapsing number — from 1971 to 1973. “The entire community,” she writes, “was in denial.”

About these facts Ms. Stern is understandably bitter. Her pain is amplified by other sinister aspects of her upbringing. There was the grandfather who took naked showers with her and may have molested her. This same grandfather, a doctor, thought X-ray machines had curative powers and accidentally killed Ms. Stern’s mother, who he believed had an enlarged thymus. She died at 28 from lymphoma caused by an overdose of radiation; the author, at the time, was 3. Ms. Stern’s father, who had twice remarried, did not care enough, upon learning that his daughters had been raped, to return immediately from a trip abroad. This was a family with issues — issues that, like the sun, were stared at only glancingly.

Ms. Stern recounts these stories, as well as her decision finally to look into the details of her own rape. She reads crime files. With the help of a policeman she discovers the identity of her rapist (he is now dead, a suicide) and begins to interview people who knew him. This man’s childhood was blasted by darkness in much the same way hers was. One of the arguments in “Denial” is this: Humiliation and shame are risk factors for savagery.

“Denial” is a hard book to read, in part because of its subject matter, in part because Ms. Stern’s id floats very near the surface. Her anger is barely sublimated and emerges in unexpected and jagged ways, ways that feel authentic but somewhat beyond her control as a narrator.

Imagining a meeting with her rapist, she writes: “He will realize that he wronged the universe, and his brain will explode. Also his penis will fall off. I will leave him there, his brain on his plate.” 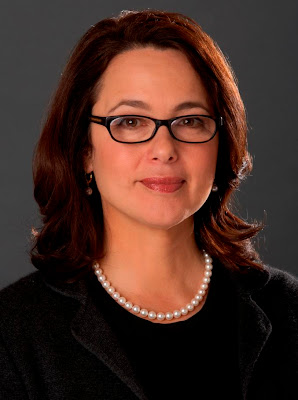 About a psychiatrist who evaluated her rapist in prison and described him as “not a sexually dangerous person,” she thinks: “I imagine this doctor’s penis wilting and shrinking in terror, as small as a bean, and there is some satisfaction in this cruel thought. But wilting is not enough: I want to bloody him. In my mind’s eye I swing a bat right at this doctor’s learned head, smashing his skull, the skull that contained his bad, addled brain.”

There are other passages like these, and Ms. Stern ultimately admits, “There is something attractive about the idea of becoming a terrorist in response to being terrorized.” (She loathes that statement’s moral implications.) Reading “Denial” is like ingesting a novel from a particularly damaged Joyce Carol Oates protagonist come to life; Ms. Stern can seem like a potent distillate of every Oates character ever put to paper.

The talented Ms. Oates has fought for the right of women to write about violence, noting in The New York Times Book Review in 1981: “If the lot of womankind has not yet widely diverged from that romantically envisioned by our Moral Majority and by the late Adolf Hitler (‘Kirche, Kinder, Kuchen’), the lot of the woman writer has been just as severely circumscribed. War, rape, murder and the more colorful minor crimes evidently fall within the exclusive province of the male writer, just as, generally, they fall within the exclusive province of male action.” Men, she wrote, don’t take women who write about these topics altogether seriously.

It is possible to take Ms. Stern very seriously indeed, though, and to consider “Denial” a profound human document without considering it a profound literary one. It lacks allusiveness and distance. It is hot to the touch in ways that are both memorable and disturbing.

Ms. Stern writes vividly about how her rape numbed her. (“Instead of feeling terror, I studied it.”) As an adult she came to feel little pain but also little joy. That lack of joy is evident in “Denial.” When this book isn’t scalding, it is cold; it spits out data like a computer. “I wanted to be outrageously inefficient,” she writes — her way of saying she’d like to let her hair down.

The final scenes of this book are a coming to terms with her father, to whom it is dedicated. They share their grievances with each other and confront many subjects they’d long avoided. “This feels like the end of an age,” Ms. Stern writes. “The end of an age of denial.”

The line I will remember from “Denial,” however, is one in which she describes a desire to scream after feeling muffled for most of her life. “I will roar argon into chlorine, xenon into fluorine, all the noble gases into reactive ones,” she writes. “My lament will terrify even the stars.”
Posted by jtf at 6:22 AM