Star of 'Jaws' and 'All That Jazz' 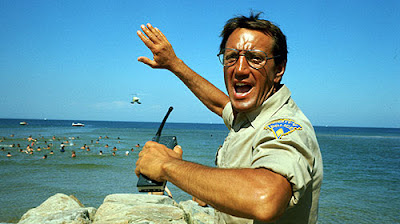 Universal Pictures
COMPLEX TOUGH GUY: Roy Scheider began acting at Franklin and Marshall College in Lancaster, Pa., and by the time he graduated, he knew he wanted to be an actor. He spent time in repertory theaters and appeared in more than 60 films.

Roy Scheider, the jagged-nosed actor who brought complexity to tough-guy roles in such films as "The French Connection," "Jaws" and "All That Jazz," and was also known for political activism off the set, died Sunday afternoon at a hospital in Little Rock, Ark. He was believed to be 75, and had been battling a form of blood cancer for three years.

Scheider, who lived in Sag Harbor, N.Y., died at the University of Arkansas for Medical Sciences hospital, which specializes in the treatment of multiple myeloma, a form of cancer that affects blood cells. He died of complications from the disease, said Leslie Taylor, a university spokeswoman.

Taylor said Scheider had been receiving treatments at the hospital's Myeloma Institute for Research and Therapy in recent years. On its website, the institute says that it has kept patients alive for six to seven years after diagnosis, about twice the national average.

In a career spanning four decades, Scheider appeared in more than 60 films, as well as in numerous roles on stage and television. But his most acclaimed roles came in a span of eight years in the 1970s, beginning with "The French Connection" in 1971.

He probably will be best remembered for his role as Martin Brody, the water-shy police chief in "Jaws" (1975) who uttered the immortal line: "You're gonna need a bigger boat," after seeing the size of the shark. He once lamented that the role "will be on my tombstone."

His favorite role, he said, was playing choreographer Joe Gideon, a thinly disguised stand-in for Broadway choreographer Bob Fosse, in "All That Jazz" (1979) -- a role for which the former boxer had to learn to dance. "That will always be my favorite film," he told the San Jose Mercury News in 1999. "But I never worked harder in my life. I felt I had to prove myself to the dance company. I didn't want to misrepresent them. . . . I was in relatively good shape. But at the end of the day, I'd return to the Holiday Inn with my Tiger Balm."

That role earned Scheider some of his best reviews. Pauline Kael would later write in the New Yorker that Scheider "made you feel you were watching Fosse himself. It wasn't an impersonation; it was as if Fosse had taken over his body, from the inside. That's the only role in which Scheider had an exciting presence, and it wasn't his; we seemed to be looking right through him to Fosse." 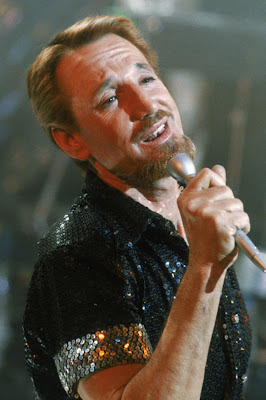 And then-Times critic Charles Champlin wrote that Scheider "is a wonderment, a dancing dynamo whose portrayal of this life-splurging, death-obsessed man poses the Academy voters another mind-boggling decision."

It was not a decision that came down in his favor -- Scheider never won an Oscar. He was nominated as best actor for "All That Jazz," but lost to Dustin Hoffman in "Kramer vs. Kramer." His only other nomination was for best supporting actor in "The French Connection," the movie that launched him as a star.

Scheider played Det. Eddie Russo, the abrasive, street-smart partner of "Popeye" Doyle, played by Gene Hackman. The two New York narcotics cops were on the trail of an international drug gang that has been shipping heroin from Marseille, France, to New York. In later years, Scheider delighted in telling the story of how he got the part by sheer luck while auditioning for a stage role in New York. The stage part called for an actor who was at least 6 feet tall.

"Every time I started reading, the director sitting out there in the dark in the theater would interrupt and ask me how tall I was," Scheider recalled in a 2001 interview with the Philadelphia Inquirer. "I told him I was 5-foot-10, but he asked me to stand back-to-back with another actor. I lost it, and flung the script into the darkness. It so happened the casting director for 'The French Connection' was sitting in on the auditions and watching. He told me later he knew he had found Popeye's partner."

Scheider was reportedly born Nov. 10, 1932, in Orange, N.J., although in some interviews he indicated he was born in 1935. He grew up in the New Jersey suburbs outside New York City. He was, by his own account, a sickly, pudgy child, and spent a good deal of time bedridden. Among his greatest delights as a child, he once said, was going to the Saturday matinees at the movie theater in Irvington, N.J., eating popcorn and watching movies.

From the age of 8, he said, he worked weekends pumping gas at his father's service station, a job he loathed. "It's true that I had more pocket money than my friends, but I also had more responsibilities," he said in a 1975 interview with The Times. "I was driving cars around that place when I was 11. But what I really wanted to do was go swimming with the other kids."

His health improved in his late teens, and when he was about 17 he began boxing at the local YMCA. Under the tutelage of a retired welterweight, Scheider entered the Golden Gloves competition in Elizabeth, N.J. He won one fight and lost the next. In the process, he got his nose broken, creating the slightly off-kilter profile that lent him authenticity in his later tough-guy roles.

After a stint in the Air Force, Scheider began acting at Franklin and Marshall College in Lancaster, Pa., and by the time he graduated, he knew he wanted to be an actor. He spent the next seven or eight years doing classical theater. 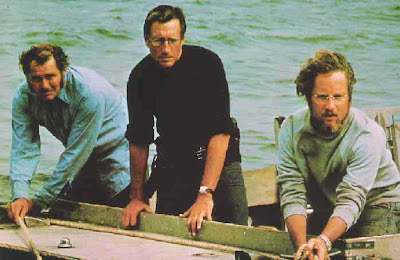 For decades, Scheider had been active politically, participating in protests against the Vietnam and Iraq wars and for environmental issues on Long Island. In 2003, he was among a group of protesters who laid down on a Long Island highway in a symbolic reference to the casualties of war.

In December 2004, while seeing a doctor for a routine examination, he was diagnosed with multiple myeloma. Ten months later, speaking about the experience on "The Today Show," he said he considered himself lucky. "Every single day, it's a miracle," he said.

Times staff writer Scott Glover and Times researcher Robin Mayper contributed to this report.
Posted by jtf at 10:15 AM