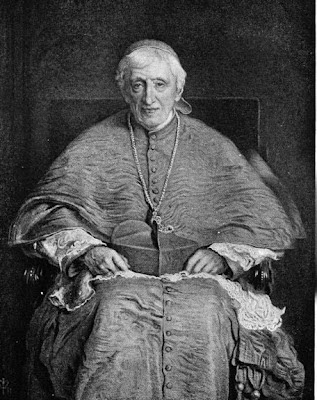 Father John Christopher Aidan Nichols, O.P., is a figure to be reckoned with. Aidan Nichols, as he signs himself, has written extensively and authoritatively on the theology of Hans Urs von Balthasar and has also authored the very useful volume The Theology of Joseph Ratzinger. He has collaborated on several projects with Rowan Williams, the Archbishop of Canterbury, and is currently the first John Paul II Memorial Lecturer at Oxford University, the first lectureship in Catholic theology at Oxford since the sixteenth century.

In view of Nichols’ theological and ecumenical stature, it is rightly thought to be newsworthy when he brings out a little book titled Realm: An Unfashionable Essay on the Conversion of England. His proposal will, as you might expect, be receiving careful attention in the pages of First Things. The conversion of England is, of course, a topic with a long and troubled history. Some prefer to speak of the reconversion of England. As Eamon Duffy demonstrated in his marvelous study The Stripping of the Altars, the English were once a very Catholic people.

From a Catholic perspective, the Church of England is a schismatic form of the Church in England that should be restored to full communion with the bishop of Rome and those in communion with the bishop of Rome. In this ecumenical age, to be sure, this is not usually stated so bluntly. Father Nichols’ candid reopening of these questions is, as he says, unfashionable.
To say that the history of these questions is troubled is an understatement. Remember the Spanish Armada, the English martyrs of the sixteenth century (Thomas More, Edmund Campion, John Fisher, et al.), Bloody Mary, the Gunpowder Plot, and on and on. The identity and, at times, the very survival of England has been viewed as inseparable from the established church with the monarch as its supreme head. When in the nineteenth century Rome reinstated the Catholic hierarchy, first under the leadership of Cardinal Nicholas Wiseman and then under the former Anglican, Cardinal Henry Edward Manning, many Englishmen saw it as a direct assault upon the religious, cultural, and political definition of the nation.

No reflection on these questions can bypass the thought and influence of John Henry Newman. After his distinguished, albeit controversial, career as an Anglican at Oxford, Newman was received into full communion with the Catholic Church in 1845. The repercussions of his conversion, continuing to this day, can hardly be overestimated. There have been many distinguished converts over the years, and some conversions have been described as being as historically consequential as that of Newman’s, but I don’t think so.

In addition to Newman’s scholarly and literary achievements leading up to and following his conversion, his becoming a Catholic sparked a national crisis such as could hardly happen anywhere outside England. Among other things, he was every inch an Oxford man, and Oxford was then—more than Harvard, Yale, Princeton, and a dozen other prestige schools rolled together in this country—both the finishing school and bulwark of the ruling class. To become a Catholic was to commit treason against one’s class and to go over to the dark side in the war against the religious and political settlement by which the country was ruled.

Like Aidan Nichols and others, Newman gave careful thought to the possible conversion, or reversion, of England to the Catholic faith. Newman became a Catholic when, after the most arduous attempts to do so, he could no longer convince himself that it was possible to be in the one, holy, catholic, and apostolic Church without being in communion with Rome. While many followed Newman into full communion, he was extremely cautious about encouraging conversions that were not as thoughtful or driven by theological and moral necessity as his own. And he was sharply critical of those who attacked the establishment of the Church of England.

In 1860, for instance, he declined to support the building of a new Catholic church at Oxford, fearing it would be an unnecessary provocation. He wrote:

While I do not see my way to take steps to weaken the Church of England, being what it is, least of all should I be disposed to do so in Oxford, which has hitherto been the seat of those traditions which constitute whatever there is of Catholic doctrine and principle in the Anglican Church. . . . In weakening Oxford, we are weakening our friends. . . . Catholics did not make us Catholics; Oxford made us Catholics. At present Oxford surely does more good than harm. . . . I go further than a mere tolerance of Oxford; as I have said, I wish to suffer the Church of England. The Establishment has ever been a breakwater against Unitarianism, fanaticism, and infidelity. It has ever loved us better than Puritans and Independents have loved us. And it receives all that abuse and odium of dogmatism, or at least a good deal of it, which otherwise would be directed against us.

“I am afraid to make hasty converts of educated men,” Newman wrote in 1863, “lest they should not have counted the cost & should have difficulties after they have entered the Church. . . . The Church must be prepared for converts, as well as converts prepared for the Church.”

This reluctance to press for conversions was a constant in Newman’s thought, as was his view that the Church of England was, while not part of the one true Church of Christ, a valuable “bulwark” against infidelity. This was joined, as students of Newman know, with his distinctly uncomplimentary view of the leadership of the predominantly Irish Catholicism in the England of that time. He did not think that leadership was up to replacing the religious and cultural establishment rooted in the Church of England.

There is a splendid essay on Newman and ecumenism in a book forthcoming from Fordham University Press. The book is Church and Society, a collection of Avery Cardinal Dulles’ semiannual McGinley Lectures from 1988 to 2007, most of which were published in First Things, America, and various academic journals. In that essay, Dulles concludes: “Newman was a forerunner, standing on the threshold of a new ecumenical age. In him the convert spoke louder than the ecumenist. But he did succeed in combining a loyal adherence to the Catholic Church with a deep concern for Christian unity and a measure of appreciation for the workings of grace in other Christian communions.”

More than a century and a half after Newman, the circumstance is dramatically different in which Father Aidan Nichols makes his “unfashionable” proposal. It is very doubtful that the Church of England is today a “breakwater” against infidelity. Many view it as a source of infidelity, or at least of doctrinal and moral frivolousness that undermines fidelity. Nor is it, as Newman thought it was in his day, a guarantor of national cohesion. In today’s England, there are more churchgoing Catholics than Anglicans, and more observant Muslims than either.

In addition, the worldwide Anglican Communion, once anchored in the Church of England and thought to be a compelling reason for its preeminence, appears to be on the edge of dissolution. Moreover, with large numbers of English converts, plus large communities of committed Catholic immigrants from Central Europe and elsewhere, Catholicism is increasingly viewed as the only candidate to lead in the evangelization, or re-evangelization, of England. If the English are ever again to be something like a Christian people, Father Nichols’ proposal appears to be less unfashionable than inevitable.

As I said, this subject will be receiving further attention in the magazine. What we would really like to do is commission an article on these questions from John Henry Newman, but, since that does not appear to be possible, we’ll be glad to settle for informed speculation on what Newman might now think about his vision of a “second spring” so very long delayed.

The Theology of Joseph Ratzinger by Aidan Nichols
Realm: An Unfashionable Essay on the Conversion of England by Aidan Nichols
The Stripping of the Altars by Eamon Duffy
Church and Society by Avery Cardinal Dulles, S.J.
Posted by jtf at 9:47 AM