Defending the West in American Universities 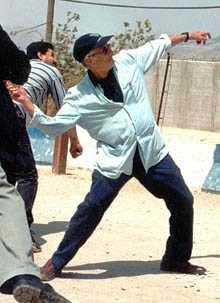 With jihad terrorists around the world making recruits and justifying their actions by reference to Islamic teachings, academic study of Islam is needed more urgently than ever. Yet in today’s universities, political correctness almost completely forecloses any honest examination of the elements of Islamic culture or belief. Much of this is the result of the work of the late Edward Said, a hugely influential professor and author of the book Orientalism, which has set the tone for Middle East Studies in the United States ever since its first appearance in the 1970s. Said contended that Western academic study of Islam and the Middle East was deformed by notions of cultural superiority, and was a racist handmaiden of Western colonialism and imperialism.

Said’s word has become law. On most campuses today any examination of matters Islamic that is even remotely critical is shouted down and labeled bigotry and “hate speech.” Pre-1960 works by Western scholars on Islamic and Middle Eastern studies are disparaged or ignored. Said’s influence has for three decades now had the baneful effect of inhibiting academic and public debate about crucial issues such as how Islam must be reformed and whether or not this reform can be accomplished, and how Muslims and non-Muslims can develop a framework for peaceful coexistence as equals on an indefinite basis.

But now the fearless and clear-sighted Islamic scholar Ibn Warraq has dealt a body blow to the Saidist establishment in his new book Defending the West: A Critique of Edward Said’s Orientalism.

Ibn Warraq not only reveals the sloppiness and tendentiousness of much of Said’s research; he also demonstrates that Western study of Islam and Muslims has never been as uniform, imperialist, or supremacist as Said contended, delving deeply into the work of the classic Orientalists themselves – painters, sculptors, artists, and writers, much of whose work was once influential in numerous fields, but has of late been under a Saidist cloud. Defending the West shows these men to be, as Ibn Warraq describes them, “colorful and gifted individuals” who “had their own individual reasons for exploring artistically foreign climes, customs, people and costumes,” were not racist, and were not part of some rapacious imperialist project.

But in a certain sense, the subtitle of this book is unfortunate. For while Ibn Warraq elegantly and eruditely eviscerates Said’s thesis, the scope of this book is much wider. In an epigraph, he quotes Arthur Koestler, a man who knew a thing or two about the decline of civilizations: “The predicament of Western civilization is that it has ceased to be aware of the values which it is in peril of losing.” Ibn Warraq identifies three characteristics of Western intellectual inquiry – and of the work of the Orientalists whom Said disparages – that cannot be found consistently in non-Western (including Islamic) intellectual endeavors, and which are in danger of being lost today in the West, not least because of the ideological straitjacket that Said’s followers enforce in universities. The first of these is rationalism, and the prizing of knowledge for the sake of knowledge – Ibn Warraq observes that “under Islam, orthodoxy has always been suspicious of ‘knowledge for its own sake.’ Unfettered intellectual inquiry is deemed dangerous to the faith.” Then there is universalism, the idea of the essential unity of mankind that leads to a genuine openness to other peoples and cultures. While this has characterized the West since the Greeks, Ibn Warraq notes that, in a peculiar inversion of Said’s claim, the Islamic world has generally regarded non-Muslim cultures with contempt and lack of interest – even to the detriment of its own civilizational development. And finally, Ibn Warraq points out that the West has demonstrated from the beginning a capacity for self-reflection and self-criticism that has been almost wholly lacking in Islamic cultures. He explains that “the ability to turn a stream of fresh and free thought upon our stock notions and habits” has always been “the distinctive and redemptive grace of Western civilization.”

But today in our own colleges and universities the redemptive graces of Western civilization are ignored in favor of a Saidist litany of Western crimes and misdemeanors, sapping our strength for civilizational self-defense at the time we need it the most. Erudite, enlightening, entertaining, and magnificently broad in scope, Defending the West is the antidote.

Email ThisBlogThis!Share to TwitterShare to FacebookShare to Pinterest
Labels: Education, Islam and The West, Robert Spencer