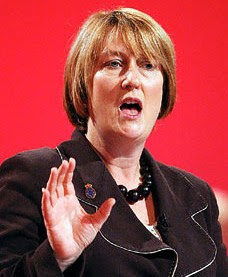 Beneath the deceptively placid surface of everyday life, the British population is engaged in a momentous encounter with Islam. Three developments of the past week, each of them culminating years' long trend – and not just some odd occurrence – exemplify changes now underway.

First, the UK government has decided that terrorism by Muslims in the name of Islam is actually unrelated to Islam, or even anti-Islamic. This notion took root in 2006 when the Foreign Office, afraid that the term "war on terror" would inflame British Muslims, sought language that upholds "shared values as a means to counter terrorists." By early 2007, the European Union issued a classified handbook that banned jihad, Islamic, and fundamentalist in reference to terrorism, offering instead some "non-offensive" phrases. Last summer, Prime Minister Gordon Brown prohibited his ministers from using the word Muslim in connection with terrorism. In January, Home Secretary Jacqui Smith went further, actually describing terrorism as "anti-Islamic." And last week the Home Office completed the obfuscation by issuing a counter-terrorism phrasebook that instructs civil servants to refer only to violent extremism and criminal murderers, not Islamist extremism and jihadi-fundamentalists.

Second, and again culminating several years of evolution, the British government now recognizes polygamous marriages. It changed the rules in the "Tax Credits (Polygamous Marriages) Regulations 2003": previously, only one wife could inherit assets tax-free from a deceased husband; this legislation permits multiple wives to inherit tax-free, so long as the marriage had been contracted where polygamy is legal, as in Nigeria, Pakistan, or India. In a related matter, the Department for Work and Pensions began issuing extra payments to harems for such benefits as jobseeker allowances, housing subventions, and council tax relief. Last week came news that, after a year-long review, four government departments (Work and Pensions, Treasury, Revenue and Customs, Home Office) concluded that formal recognition of polygamy is "the best possible" option for Her Majesty's Government.

Third, the archbishop of Canterbury, Rowan Williams, endorsed applying portions of the Islamic law (the Shari‘a) in Great Britain. Adopting its civil elements, he explained, "seems unavoidable" because not all British Muslims relate to the existing legal system and applying the Shari‘a would help with their social cohesion. When Muslims can go to an Islamic civil court, they need not face "the stark alternatives of cultural loyalty or state loyalty." Continuing to insist on the "legal monopoly" of British common law rather than permit Shari'a, Williams warned, would bring on "a bit of a danger" for the country. 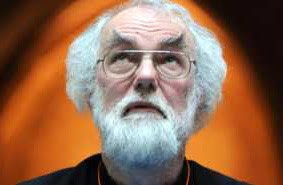 Prime Minister Brown immediately slammed Williams' suggestion: Shari‘a law, his office declared, "cannot be used as a justification for committing breaches of English law, nor can the principle of Shari‘a law be used in a civilian court. … the Prime Minister believes British law should apply in this country, based on British values." Criticism of Williams came additionally from all sides of the political spectrum – from Sayeeda Warsi, the Tory (Muslim) shadow minister for community cohesion and social action; Nick Clegg, leader of the Liberal Democrats; and Gerald Batten of the United Kingdom Independence Party. Secular and Christian groups opposed Williams. So did Trevor Phillips, head of the equality commission. The Anglican church in Australia denounced his proposal, along with leading members of his own church, including his predecessor, Lord Carey. Melanie Phillips called his argument "quite extraordinarily muddled, absurd and wrong." The Sun newspaper editorialized that "It's easy to dismiss Archbishop of Canterbury Rowan Williams as a silly old goat. In fact he's a dangerous threat to our nation." It concludes acerbically that "The Archbishop of Canterbury is in the wrong church."

Although widely denounced (and in danger of losing his job), Williams may be right about the Shari‘a being unavoidable, for it is already getting entrenched in the West. A Dutch justice minister announced that "if two-thirds of the Dutch population should want to introduce the Shari‘a tomorrow, then the possibility should exist." A German judge referred to the Koran in a routine divorce case. A parallel Somali gar courts system already exists in Britain.

These developments suggest that British appeasement concerning the war on terror, the nature of the family, and the rule of law are part of a larger pattern. Even more than the security threat posed by Islamist violence, these trends are challenging and perhaps will change the very nature of Western life.

Mr. Pipes (www.DanielPipes.org) is director of the Middle East Forum and author of Miniatures (Transaction Publishers).
Posted by jtf at 7:22 AM

Email ThisBlogThis!Share to TwitterShare to FacebookShare to Pinterest
Labels: Daniel Pipes, Europe, Islam and The West