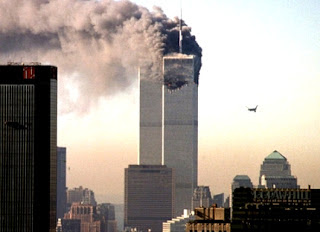 The good news is that Congress and the White House are moving forward with prudent steps, gaining control of the border, securing the homeland against terrorism and reasserting American sovereignty.

The bad news is that, in the past four decades, we've lost a lot of time fighting off the open-borders advocates and the anti-Western multiculturalists. Even as we now seek elementary homeland security measures - so that we can be safe in a world awash with jihadists, narcotraffickers and weapons-of-mass-destruction peddlers - we must first undo the grievous policy choices championed, and enacted, by Sen. Edward Kennedy (D-Mass.) since 1965. Policies that were co-championed by quite a few Republicans, too, including George W. Bush.

Finally, the worse news is that the cheap-labor lobbyists, terrorists and world-governing globalists are all moving ahead with their various plans. That's the conclusion to be drawn from an alarming story on the front page of yesterday's Washington Times, which informed us that "Islamic extremists embedded in the United States - posing as Hispanic nationals - are partnering with violent Mexican drug gangs to finance terror networks in the Middle East, according to a Drug Enforcement Administration report."

The DEA document, written and stamped "secret" in 2005, continues with these ominous words: "It is very likely that any future 'September 11' type of terrorist event in the United States may be facilitated, wittingly or unwittingly, by drug traffickers operating on both sides of the United States-Mexico border."

The Times also revealed a second report, dated last year, from the Department of Homeland Security, that bolsters the DEA document: "Al Qaeda has been trying to smuggle terrorists and terrorist weapons illegally into the United States." The report added that terrorist outfits "seek to smuggle OTMs [Other than Mexicans] from Middle Eastern countries into the U.S."

One can assume that the Bush administration was desperate to keep a lid on all such information while pushing its "comprehensive" immigration reform, which would have "amnestied" 12 million people of unknown origin and "guest-workered" millions more. But now the truth is leaking out: In the damning verdict of Times reporter Sara A. Carter, "Nearly every part of the Border Patrol's national strategy is failing."

But at least Washington finally has woken up to the immigration-homeland security issue. Most politicians, under pressure from irate citizens, have figured out by now that more votes are to be gained by sticking up for American sovereignty than by letting it continue to be frittered away.

A case in point is Sen. Lindsey Graham. The South Carolina Republican was all primed and primped for his McCain Media Moment - defined as forsaking the dull folks back home in pursuit of newfound chums in more glamorous places, such as Manhattan and Los Angeles - when he found himself badly burned in the firestorm over "comprehensive" immigration reform, which he had strongly supported, in defiance of his constituents.

In June, Graham said of the doomed immigration bill, "This is the last, best chance we'll have as a Congress." The lawmaker's argument to conservatives was that the only way to get better border enforcement through a Democratic-controlled Congress was by coupling it with amnesty for illegal immigrants. But that wasn't true at all - as Graham himself demonstrated just weeks later when, eyeing his own re-election needs, he co-sponsored an extra $3 billion for border-enforcement and wall-building without any reference to amnesty of "guest workers." That item passed the Senate 89-1; it will soon be law.

So help is on the way, finally. The only question is how many more illegal immigrants - and terrorists - will get here first.