Islamic Education For All 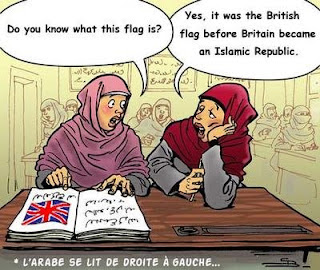 Great Britain plan would move toward 'religion of state'

A new government study is being condemned by the Christian ministry the Barnabas Fund because its proposals would move closer to imposing Islam in the United Kingdom as "a religion of state."

Among the proposals from the study being considered for implementation is the provision by universities for Islamic studies for all students.

The report was initiated by Bill Rammell, the minister of state for higher education and lifelong learning, officials said. He appointed Ataullah Siddiqui, senior research fellow at the Islamic Foundation, to write it.

The Barnabas Fund, in an analysis, said the report "signals another step toward the Islamisation of Britain and its education system"
"Should this report be implemented, education will be handed over more and more to Muslims who will train and shape the next generation," the analysis said.

The Barnabas Fund, which works primarily with Christians in Muslim-majority environments by channeling money from Christians, through Christians to Christians for projects developed by local bodies of believers, said the appointment of Siddiqui, at the outset, signaled a problem.

"It is well known that the Islamic Foundation is an Islamist institute founded by high ranking members of the Pakistani Islamist party, Jama'at-I Islami," the group said. "However, in answer to questions in the House of Commons about possible links between Ataullah Siddiqui and Jama'at-i-Islami, Rammell stated that 'Dr Siddiqui has assured me categorically that he has no links to the Jamaat-e-Islami Party.' … This reveals that Rammell does not understand how Islamists use dissimulation (taqiyya) to hide their real goals while claiming to be moderate and liberal," the analysis said.

The study also recommended Islamic studies should be linked to job opportunities such as teaching, chaplaincy and Islamic banking, and guidance should be given to all universities on Friday prayers, Ramadan and halal food.

The Barnabas Fund said it's simply a demand for a "privileged position for Islam in the universities."

"It would seem to aim at transforming Islamic studies in Britain into a Muslim monopoly, a Muslim enclave in which the vast majority of staff and students are Muslim. It is implied that non-Muslim scholars cannot teach Islam because they do not unquestioningly accept its basic premises regarding the revelatory nature and divine authority of Quran and Hadith."

If that happens, the teaching faculty soon would be limited to Muslim and Islamist lecturers, the group said.

"It is most likely that censorship would develop, affecting choice of staff, teaching methods and acceptable subjects for research and publication," the group said.

It's a part of the larger goal, the Barnabas Fund said. "The aim is to expand Islamic domination into all spheres. The whole system of Western academic education must, say the Islamists, be recast and remolded on Islamic lines as it is tainted by Christian and pagan influences."

"Implementing these recommendations, as the British government has promised to do, would be likely to narrow the scope of university Islamic studies and make them more intolerant and radical," the critique said.

The organization said one of its goals is to inform and enable Christians in the West to respond to the growing challenge of Islam to the church, society and mission.