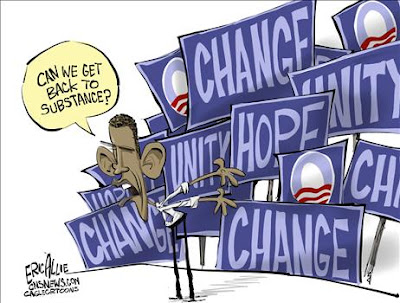 http://hotair.com/
posted at 7:28 am on September 15, 2008 by Ed Morrissey
The pattern of ACORN’s voter-registration fraud continues in Michigan. The Detroit Free Press reports that the Secretary of State has supplied evidence to the US Attorney’s office for potential prosecution after getting complaints from registrars about duplicate registrations and obviously made-up names on others, almost all from ACORN’s paid staff:
Several municipal clerks across the state are reporting fraudulent and duplicate voter registration applications, most of them from a nationwide community activist group working to help low- and moderate-income families.
The majority of the problem applications are coming from the group ACORN, Association of Community Organizations for Reform Now, which has a large voter registration program among its many social service programs. ACORN’s Michigan branch, based in Detroit, has enrolled 200,000 voters statewide in recent months, mostly with the use of paid, part-time employees.
“There appears to be a sizeable number of duplicate and fraudulent applications,” said Kelly Chesney, spokeswoman for the Michigan Secretary of State’s Office. “And it appears to be widespread.”
The spokesman for ACORN says that they’ll “do an investigation”, but after dozens of complaints in several states — most of them battleground states in presidential elections — the pattern certainly has established itself.
Either the leadership of ACORN encourages fraud, or it hasn’t the competence to keep it from happening. Given the convictions of some of its workers for fraud and the continuing instances of it, it doesn’t appear that ACORN has any desire to stop fraud, and indeed operates for the purpose of committing it.
The Department of Justice needs to open a RICO probe into ACORN. The RICO statutes make the leaders of a criminal enterprise personally responsible for the crimes committed by its members. If the DoJ can establish that ACORN management has encouraged fraudulent practices from the top down, that puts it within RICO territory. The repetition of their fraud in multiple jurisdictions make it clear that it’s not just coincidence at work here.
Once again, this calls into question why Barack Obama pays ACORN for his GOTV efforts. With criminal investigations underway in several states and now hopefully a federal investigation about to start, Obama shows extremely poor judgment in associating himself with such fraud — as well as paying $800,000 to fund it, unwittingly or not. As President, he would have the responsibility for enforcing voter-fraud laws. This doesn’t give much indication that he’d act to do so. So much for being a reformer.
Posted by jtf at 4:41 PM