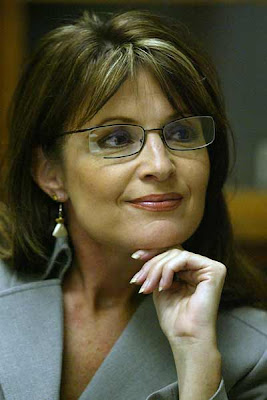 Sen. John McCain has gone crazy as a fox in picking Sarah Palin, bold as a lioness, for his vice presidential running mate.

The move was brave and brilliant, and it puts McCain right back in contention just when Barack Obama thought he was poised to open up a wide and perhaps insurmountable lead. Instead he and his team will be reeling from the straight right McCain has just landed on his forehead.

Palin is an even newer figure on the national U.S. political scene than Obama. She was the first female governor of Alaska and the youngest in the state’s history. She will now be only the second woman to run on the national ticket of one of the two main parties in U.S. history, almost a quarter century after Rep. Geraldine Ferraro (D-NY) crashed and burned as former Vice President Walter Mondale’s running mate in 1984.

Palin is a very strong conservative who is adamantly anti-choice. But she still has the potential to attract a significant number of female voters away from the Democrats and to embarrass Obama. Many of the supporters of Sen. Hillary Clinton.(D-NY) remain riled at Obama not just for beating her out for the presidential nomination, but for denying her the vice presidential slot, too. You don’t have to be a conservative to know that. When Maureen Dowd in the New York Times admitted this week that most of the Hillary Dems she met in Denver were still seething with rage, you don’t have to be Ronald Reagan to work out that putting an attractive, young, hard-driving lady with outstanding executive experience on the GOP ticket will pull a lot of their votes away from the Dems.

Over the past two years, Palin has been a success story even while she has imposed financial probity and the highest ethical standards on what is no longer Ted Stevens’ Winter Wonderland.

Despite axing pork barrel jokes like Stevens’ legendary Bridge to Nowhere -- or, rather, of course, because of such actions -- Palin's approval ratings still soar in the 80-percentile group.

By contrast, neither of the Democratic duo has ever run even a fast food outlet -- a much more demanding job than anything on either of their resumes -- let alone a State of the Union in their lives. The idea that either of them could actually do so successfully is risible.

Obama doesn’t even dare to pledge to balance the budget while promising ever more social spending out of every orifice of his body. Palin actually has met real budget demands up there in the Far North.

Palin, in fact, gives McCain a potentially crucial boost on a wide range of fronts: She is a devout Christian who took the decision not to have an abortion when she discovered an unborn son would suffer from Down‘s Syndrome. She is a strong fiscal conservative who has not hesitated to make powerful enemies in her home state by shutting down pork barrel projects. And she is fearlessly and passionately honest. She took on the Alaska Republican establishment and threw a bunch of them in jail to be successfully convicted. 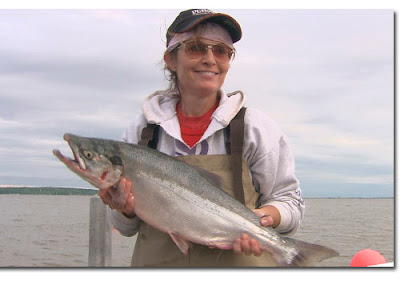 With Sarah Palin on the national ticket, McCain's pledge to transform Washington surpasses that of Obama in the credibility department. And it takes on real teeth. Sarah Palin will really matter. Every vice president in the past 32 years with the unfortunate exception of the decent and shamelessly treated Dan Quayle has packed real power. And Palin is likely to prove that in spades.

McCain’s gutsy move in picking Palin contrasts dramatically with Obama’s decision to play safe and select six-term Sen. Joe Biden (D-Del) as his running mate. Biden’s “real world” boast of taking the train home from Washington, DC every night is an anemic joke when set against Palin's favorite hobbies of hunting moose, racing snowmobiles and hiking through the Alaskan wilderness.

An avid hunter and fisher, Palin -- to use the terms the Democrats would -- is far more of an outdoorsperson than famed goose hunter John Kerry.

Most of all, Palin is poised to rip Obama and Biden apart on the energy issue that has proved central in this election. She is passionate and blistering in her arguments that drilling for oil in the Arctic National Wildlife Refuge -- ANWR -- is no threat to the wildlife there, especially as the area for drilling under question is only the size of LAX -- Los Angeles International Airport.

Some Conventional Wisdom pundits opined that McCain would not dare pick Palin because she would be no match for the supposedly “experienced” Biden in the vice presidential debate. Though a risk, that “match” is most likely to go Palins’ way.

Gaffe-O-Matic Biden is no doubt skillful in Senate debates, and has a good sense of humor. But Palin is tough and poised. All it will take is for Biden the Gasbag to appear, and the debate will go hands down for Palin.

After Paris Hilton produced her great You-Tube political message, I noted that it was bad news for Obama, because when Paris H could express a far more coherent and intelligent energy policy than the Democratic presidential candidate, he had problems. Then Obama went off and picked an old white-haired geezer as his own potential successor. Now McCain has closed the circle by picking a more stunning lady than Paris, with brains and character to boot, as his running mate.

Just when the Democrats were ponderously gearing up all their heavy artillery to assail McCain for supposedly being so sexist, look what the old Top Gun's gone and done. Obama’s misogynist record towards Hillary, not to mention Democratic Govs. Kathleen Sibelius of Kansas and Janet Napolitano of Arizona, provides an unflattering contrast between him and McCain. 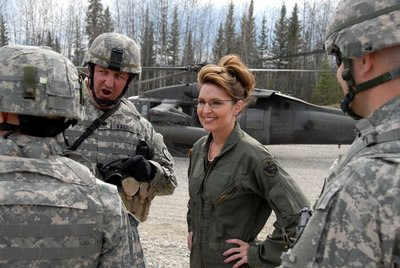 The young Palin -- who once was runner up for Miss Alaska -- will make a stunning contrast to Biden in the vice presidential debate and neutralize Obama’s argument for youth and vigor compared to McCain. She’ll tie “Don’t Say It So” Joe up in knots.

The Palin pick also hammers home in the public perception, the old image of John McCain as a fearless fighter pilot Top Gun, leading from the front while Obama, after trailblazing as the first African-American to win the presidential nomination of a major party, chose a 36-year Senate veteran and high-profile member of the Democrats’ gerontocracy as his running mate.

Finally, McCain's choice of Palin looks to be an especially shrewd decision because she will serve as his attack dog against Obama. And as Obama showed repeatedly against Clinton, he is astonishingly thin-skinned and ill-natured in reacting to criticism, especially when it comes from a lady. Expect Palin to focus her fire on Obama and watch closely how he will react to it.

Obviously, McCain's choice of Palin does not decide this presidential election any more than Obama’s good but far from soaring speech to close the Democratic National Convention in Denver Thursday night did. But this choice is by far and away the best one John McCain could have made, and it proved perfectly timed to blunt the otherwise insurmountable lead Obama was poised to gain for the nomination. It was a perfect preemptive political strike.

This presidential contest is far from a done deal: But John McCain's courage and decisiveness in picking Sarah Palin as his running mate displays his no-holds-barred resolve to go-for-broke. Now, at last, the real race is on. And conservatives appear to have a champion of their own in it.


- Martin Sieff is defense industry editor for United Press International. He has been nominated three times for the Pultizer Prize for international reporting. His latest book, The Politically Incorrect Guide to the Middle East, was published in January by Regnery.
Posted by jtf at 5:18 PM

Vote Democratic this November. Keep Sarah Palin at home taking care of her f*@ked-up family, not our country. Joe Biden is going to rip her friggin head off come debate day. I can't wait! The media is right to tear her limb from limb, we deserve to know who the hell she is. She wont talk to the press right now because she's in the dark Republican dungeon learning new ways to bash Obama and reading Bush's playbook. Hey, my mom looks a lot like Sarah Palin, is very active in the PTA and she’s got some messed-up kids (hehe)... maybe she should be our next commander-in-chief once Skeletor McSame kicks the bucket.