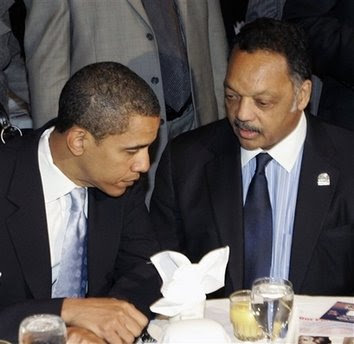 Denver — When state Senator Barack Obama cosponsored legislation creating and increasing subsidies for low-income housing developers in Illinois, and wrote letters to get $14 million specifically for two of them (one was Tony Rezko), his official acts benefited several friends and donors in that industry. A similar thing happened when Obama earmarked $200,000 for Jesse Jackson’s investment fund in Chicago and $225,000 for Father Michael Pfleger’s neighborhood ministry.

Those are just a few among dozens of examples of how, when Senator Obama governs, his friends do well. Such arrangements give the lie to Obama’s self-projected image as a reformer who wants to change government and restore America’s faith in politics. But they do not make him especially awful — such arrangements are typical among politicians in both parties. Earmarks and narrowly crafted bills go one way, campaign contributions go the other. Old friends who deliver votes are rewarded with taxpayers’ money. The “right” former staffers get the six-figure lobbying jobs, and the “right” companies get the contracts.

That’s Washington, and it’s definitely Chicago, the city being celebrated tonight at the Democratic convention as various Windy City speakers take the stage. It is the “old politics” that Obama consistently denounces, and which he has consistently practiced throughout his career.

But has Obama ever gone further than that by performing official acts that benefited himself? Has he done favors for people paying him money for his own family’s personal use? The public seems largely unaware of two instances in Obama’s career where that appearance is unmistakable. Both incidents were reported in major newspapers, but have been ignored by the New York and Washington press, which set the tone for our national political coverage.

Michelle Obama, tonight’s big speaker, received a large payday in 2005 from the University of Chicago Medical Center — a promotion with a $200,000 annual raise. It came just after her husband became a U.S. senator. The following year, Senator Obama inserted a $1 million earmark for the hospital. Given that money is fungible, taxpayers are underwriting Mrs. Obama’s raise through 2010, thanks to her husband’s earmark (she is currently on leave from that job).

When the Chicago Tribune asked about this appearance of impropriety, Senator Obama remarked that he should have given the earmark to another senator instead of handling it himself. “When it comes to earmarks, because of those concerns, it’s probably something that should have been passed on to [Illinois senior Senator] Dick Durbin,” he said.

So the “new politics” way to deal with the appearance of impropriety is to hide it — in this case by having someone else insert your earmark for you.

When Obama served in the Illinois senate, the “new politics” prescribed a similar means for dealing with the appearance of impropriety: Bury blatant conflicts of interest in your disclosure forms amid a long list that no one will bother to parse carefully. That’s what Obama did when he used his public office to help get money for a lucrative client in his private law practice — a man whose corporation had just paid him $112,000 over 14 months. The Los Angeles Times reported this explosive story in April, but it was given surprisingly little play. The Obama’s campaign’s explanation of what happened, contained in the news story, is not terribly reassuring.

Robert Blackwell Jr., a Chicago entrepreneur and CEO of two corporations, is a major Obama donor and fundraiser. He contributed $14,000 to Obama’s 2004 Senate campaign and $4,600 to his presidential run this year. He has even given $2,100 to Obama’s 2010 Senate reelection account. Blackwell has also committed to raise between $100,000 and $200,000 for Obama’s presidential run. The employees at his two companies — Electronic Knowledge Interchange and Killerspin — have contributed at least $18,000 to Obama’s campaigns. They had good reasons to give.

In 2001, Obama was serving in the state senate, and his modest salary there (less than $58,000 per year) was not enough. His family made a total of $240,000 in 2000, but he was experiencing serious financial difficulties, in part because of the debt he had racked up in his losing congressional primary against Rep. Bobby Rush. In July 2000, his credit card was even declined when he tried to rent a car at the Democratic Convention in Los Angeles.

In The Audacity of Hope, Obama writes that he had been neglecting his private law practice and needed to get back to it. But legal work was also hard to come by. The law firm’s senior partner, Judson Miner, would say of that time that “it was a very dry period here.”

Obama was short of work and short of cash, but Robert Blackwell Jr. came to his rescue. EKI hired him in March 2001 and paid him $8,000 per month in legal retainers, for a total of $112,000. Obama and his staff then helped Blackwell’s other company, a ping-pong apparel company called Killerspin, get $320,000 in state grants. It began in 2002, months after Obama had received his last legal payment from Blackwell. Obama wrote a letter on Senate letterhead, requesting a $50,000 tourism grant for Killerspin for its annual promotional ping-pong tournament.

Blackwell got only a $20,000 grant that year, but he did much better in 2003 and 2004. Dan Shomon, Obama’s longtime aide, helped Killerspin get $300,000 more in taxpayer-funded grants in those two years. The Times reports that Shomon was working part-time for Obama and part-time for Blackwell when he obtained the grants, which is an irregular arrangement all on its own. (Shomon today works as a lobbyist for the University of Chicago.)

The Times reported that Obama, in his required legal financial disclosures for 2001 and 2002, buried this six-figure financial conflict of interest with respect to Blackwell’s companies amid a list of hundreds of other clients represented by his entire law firm. He did not mention in his ethics paperwork that EKI was his largest source of income in 2001 — nor was he required to. Illinois’s legislative ethics laws are extremely weak.

David Axelrod, the Obama consultant who has proven his talents by defending Mayor Daley in his many difficulties, defended Obama thus in the Times article: “Any implication that Sen. Obama would risk an ethical breach in order to secure a small grant for a ping-pong tournament is nuts.” What Axelrod describes would be “nuts,” but it’s not what happened, either. The real question: Would it be “nuts” for a modestly paid public official with personal financial difficulties to risk an ethical breach if there was $112,000 involved?

Last Friday’s Washington Post offered more information on Blackwell, a former partner in his father’s consulting firm, Blackwell Consulting. The brief Post piece, “Contracts Went to Longtime Donor,” mentions that the firm won contracts totaling nearly $650,000 from the University of Chicago Medical Center. It happened because of a minority-owned business outreach program started by the newly promoted Michelle Obama. The elder Blackwell says that without that program, “[t]hey might not have ever thought to include Blackwell Consulting.” It also didn’t hurt that the younger Blackwell had been underwriting Obama’s political and personal life.

In early 2003, after one of the Killerspin ping-pong tournaments he had helped taxpayers subsidize, Obama was interviewed by the Chicago Sun-Times on the subject of the younger Blackwell’s entrepreneurship. “I would never bet against Robert on one of his ideas,” Obama said. “He’s extremely good at coming up with moneymaking ideas and implementing them.”

He sure is. One of his better ideas was to invest in Barack Obama.

— David Freddoso is a staff reporter for National Review Online and author of The Case Against Barack Obama.
Posted by jtf at 8:09 AM

You are reposting a lot of material from other websites. Do you have permission to do so? Are you violating copyright?