Hall welcomes Gossage into its doors 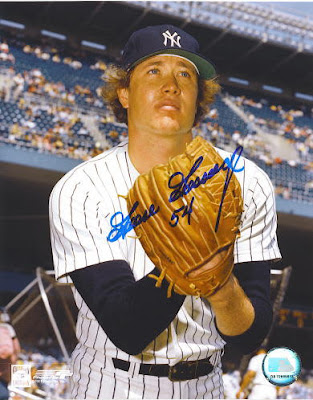 NEW YORK -- The "Goose" is on the loose in the National Baseball Hall of Fame.
A year after Tony Gwynn was a first-time electee, along with Cal Ripken Jr., the induction ceremony on July 27 in Cooperstown, N.Y., will again have a distinct Padres flavor.

Rich "Goose" Gossage, who may be better known for his first tour with the Yankees (1978-83), was elected on Tuesday in his ninth year on the ballot. He'll join his former Padres manager, Dick Williams, on the stage behind the Clark Sports Center this coming summer.

Williams, who won the World Series twice as manager of the A's and will go in wearing an Oakland cap, teamed with Gossage in 1984, as the Padres won the first National League pennant in franchise history.

Jim Rice, the former star of 16 seasons, all with the Red Sox, barely missed by 16 votes as he fell 2.8 percent (72.2) below the necessary 75 percent to gain admission to the hallowed red-brick Hall on Main Street in Cooperstown. He'll undoubtedly go in next year, when Rickey Henderson will be an obvious first-time favorite. Rice then will be on the writers' ballot for his 15th and final year.

Andre Dawson, who hobbled on bad knees through many of his 21 seasons with the Expos, Cubs, Red Sox and Marlins, received almost a 10-percent uptick to 65.9 percent and may be right on the bubble in 2009. Voters from the Baseball Writers' Association of America also are taking another look at Bert Blyleven, a pitcher whose career ended after 22 seasons, just 13 victories shy of 300. Blyleven finished fourth behind Gossage, Rice and Dawson with a healthy 61.9 percent of the vote. 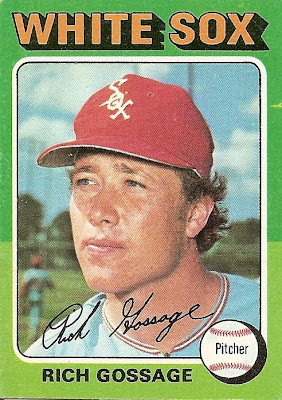 In the wake of last month's Mitchell Report, Mark McGwire, the first star player tainted by the steroids era to face the electorate, finished at 23.6 percent, almost exactly the same place as last year, when he also received 128 votes despite hitting 70 homers in 1998 to win his famous record home run race against Sammy Sosa and finishing with 583 in his career. In 2007, McGwire also received an underwhelming 23.5 percent.

Of the 11 first-timers on the ballot, only one -- Tim Raines -- received the requisite 5 percent to remain on the ballot. Raines earned 132 or 24.3 percent. Dave Concepcion, the shortstop on Cincinnati's great "Big Red Machine" teams of the 1970s, received 88 votes or 16.2 percent on his 15th and final chance among the writers.

Williams was one of five managers and executives elected last month by a separate, newly formed Veterans Committee.

All will also be inducted on July 27, although Williams is the only living member of the quintet.

Gossage had one of his best years under Williams in 1984 with the Padres, finishing 10-6 with 25 saves and 84 strikeouts in 62 games (102 1/3 innings). He was on the mound in the ninth inning of Game 5 against the Cubs in San Diego to close out the NL Championship Series, his final postseason save. That was also Gwynn's first of his 20 Major League seasons with the Padres. 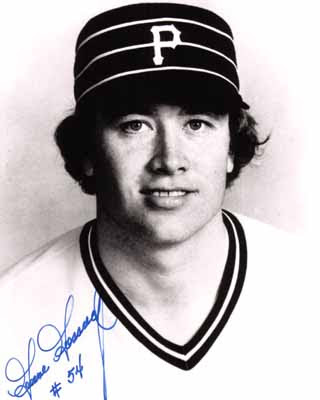 A power pitcher who snarled beneath his mustache and intimidated hitters with his 98-mph fastball, along the way, Gossage went from rookie closer to starter back to veteran closer and finally finished as a setup man. Near the end of his career, Goose set up in Oakland for Dennis Eckersley, who was elected to Hall of Fame in 2004
and may have broken some ground for relievers.

It is the second time in the past three years that a premium reliever has been the only player elected to the Hall. Two years ago, Bruce Sutter was elected in his 13th year on the ballot.

Sutter, who had 300 saves in a 12-year career shortened by arm injuries, was preceded by Hoyt Wilhelm, Rollie Fingers and Eckersley, three closers, like Gossage, who also started during their stellar careers. Sutter is the only reliever inducted thus far who never made at least one start.

Fingers had seven seasons as a reliever when he logged 100 innings or more. Gossage did it four times and came close in several other seasons. 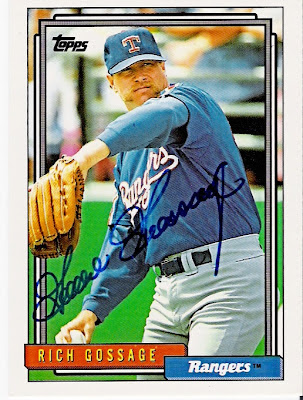 In a yardstick of how the job of closer has changed since then, Eckersley did it as a reliever only once. So has the Yankees' Mariano Rivera. San Diego's Trevor Hoffman, the all-time leader with 524 saves, never did it.

Hoffman and Rivera are almost certainly future Hall of Fame electees, although Lee Smith, who held the all-time record of 478 surpassed two years ago by Hoffman, has been an afterthought among the writers, garnering only 235 votes or 43.3 percent this year.

Barry M. Bloom is a national reporter for MLB.com. This story was not subject to the approval of Major League Baseball or its clubs.
Posted by jtf at 3:12 PM