Hall snubs have left a sting for proud Dawson 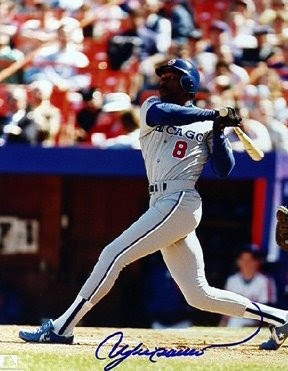 Knee surgeries? ''Had 12,'' Andre Dawson says in that stoic way of his.

Does that count the number of times you needed the swollen knees drained?

How many times did you have those knees drained?

"At the end of every spring training. That was good for about three months. And after every surgery. About three times a year, maybe more.''

Every year of your 21-year career?

Dawson is a proud man of uncommon strength, but he finally had one of his knees replaced last year. It is the worst pain he has ever known, making him go through the three-week Percocet prescription in 10 awful days.

''I literally cried for three days,'' he says.

It will need to be replaced soon, too.

Would he do anything differently?

He belongs in the Hall of Fame, but he is not yet in.

''The managers and trainers and doctors and players know what I went through,'' he says. "If they were voting, I'd get in fairly easily.'' 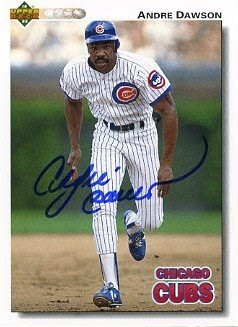 Even in the inflated age of steroids, bloated with swollen numbers, Dawson's statistics flex and demand immortality. Thirty-fifth in homers. Thirty-second in RBI. Forty-fifth in hits. Ever. In our most historic game. And all the more impressive when you see the stained names of Sammy Sosa and Gary Sheffield and Mark McGwire and Rafael Palmeiro and Jose Canseco ahead of him in home runs.

Dawson's 438 homers are more than Joe DiMaggio or Johnny Bench or Al Kaline or Duke Snider.

Dawson's 1,591 RBI are more than Rogers Hornsby or Harmon Killebrew or Tris Speaker or Willie McCovey.

Dawson's 2,774 hits are more than Lou Gehrig or Ted Williams or Joe Morgan.

What makes him proudest?

All-around player? He won eight Gold Gloves. He is one of six men with 300 homers and 300 stolen bases -- on a short list that includes golden names such as Willie Mays and Barry Bonds. He is an eight-time All-Star. There are eight or nine right fielders in the Hall of Fame who don't have his résumé.

''I did enough, but I won't say I'm optimistic,'' he says of possible Hall of Fame inclusion this month. ''I'm really not excited anymore. It has lost its luster.'' That's the pride talking, of course.

He already gave the game his knees; he's not getting on them, too. One of Miami's greatest athletes ever is so very tired of proving himself. It is a weight he has carried far too long on those bad knees.

''Out of high school, the scouts disappeared,'' he remembers. "No offers. No junior colleges wanted me. Not Dade North. Not Dade South. Nothing. Had to walk on at Florida A&M. Drafted in the 11th round. Signed for $2,000.''

He was on the disabled list once in two decades. Torn hamstring, not those damn knees. He's proud of that, too.

''No player in baseball history worked harder, suffered more or did better than Andre Dawson,'' teammate Ryne Sandberg said at his own Hall of Fame induction. "He's the best I've ever seen.''

Didn't get that way by accident, either. God, did he work. The ''off'' season included three hours of weights, stretching and aerobics. And that was just in the morning. Sprints, distance running, throwing and 180 swings ate up every afternoon.

Dawson, 53, works now as an assistant to the Marlins general manager, but he can still be seen doing at least an hour of cardio every day, even on that one good knee. He tested his body fat against the players last season just for the heck of it. Four percent. Best on the entire team.

He keeps getting advice from friends on that Hall of Fame sting. Be patient, they say. ''I'd like to enjoy this while I'm alive,'' he says.

Make yourself more visible, they say. Politic a little.

Dawson is quiet and regal, so he won't remind anyone that his understated style produced only one of the coolest things in sports history. Annoyed with negotiations and unreasonably proud, he gave the Cubs a blank contract in 1987 and told them to pay him whatever, that he would prove his worth.

Almost posted this myself yesterday. A good article about a great player. (I couldn't believe it was written by Le Batard.)