Debra Saunders: The State Can Take Your Dreams, Too

John Revelli vividly remembers the day the U.S. Supreme Court issued its infamous Kelo decision that allowed local governments to condemn private property under eminent domain, not only for public uses such as roads and schools, but also to accommodate private developers.

"The Kelo decision," the former owner of Revelli Tires in Oakland noted over the phone, "came out on June 23 of '05, and the deadline that the city put up against us to move out was July 1." The five-to-four ruling spelled curtains for Revelli Tires.

The U.S. Constitution states, "Nor shall private property be taken for public use, without just compensation." The big bench wrongly ruled that "public use" could be whatever states want it to be -- including private developments designed to expand the tax base. The ruling allowed the City of New London, Conn., to seize the land under Susette Kelo's "little pink cottage" and hand it over to a private corporation for a development featuring high-end waterfront homes.

And Oakland went ahead with its plans to seize Revelli Tires and Autohouse -- a business owned and run by first-generation American Tony Fung -- in order to accommodate a private apartment project. Revelli and Fung lost their businesses and their property. "This is my American dream," Fung told me at the time.

Rarely has a Supreme Court decision so enraged voters from both parties. The House promptly passed the Private Property Rights Protection Act of 2005 to deny federal funds to states and local governments that use eminent domain for private development. The bill passed overwhelmingly by a 376 to 38 vote in the House. Then, it went on to the Senate, where it died. 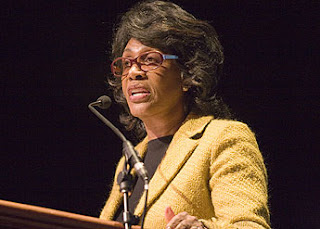 Still outraged two years later, Rep. Maxine Waters, a very liberal Democrat from California, and Rep. James Sensenbrenner, a very conservative Republican from Wisconsin, held a press conference on July 12 announcing a new version of the 2005 bill. "We are here today to pick up the fight and hopefully prevent the observance of a three-year (Kelo) anniversary," Sensenbrenner announced.

Staffers from the Institute for Justice -- which so valiantly argued the Kelo case on behalf of the New London homeowners -- stood in support of the Waters-Sensenbrenner bill.

"The Kelo court said that any private use -- like a hotel or big box store -- that generates the public benefit of tax revenue could be a 'public use,'" Waters noted. Like the Institute for Justice, she sees the unholy alliances that Kelo engenders -- and the likelihood that tax-hungry governments will allow low-income homes to be leveled to make room for pricier projects.

As former Justice Sandra Day O'Connor, who dissented on Kelo, warned: "The specter of condemnation hangs over all property. Nothing is to prevent the state from replacing any Motel 6 with a Ritz-Carlton, any home with a shopping mall or any farm with a factory." 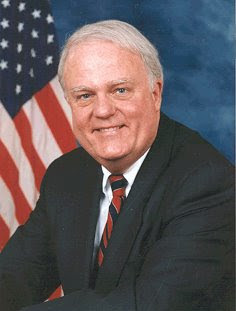 Another dissenter, Justice Clarence Thomas, wrote, "Though citizens are safe from the government in their homes, the homes themselves are not."

Waters-Sensenbrenner can't help John Revelli. In February, he settled with Oakland, which paid him $615,000. Also, the project for which the city seized Revelli's business received no federal funds, according to City Attorney John Russo's office.

Russo bristles at the notion that Oakland kicked Revelli out of his property. "I believe that the Revelli case, for him, was a case of stubbornness and sentiment," Russo told me, adding that the city paid above appraisal for the property.

Russo is right, Revelli is sentimental. Revelli -- who now calls himself "forcibly retired" -- asked Oakland to put off the seizure. Instead, the city took the land -- then left his property unchanged for many months, during which Revelli could have been in business. His father started Revelli Tires in 1949. Revelli owned the property, with a prime location a block from BART, free and clear.

Revelli's retirement plan had been to sell his business and lease the property -- if, that is, he felt the urge to retire. Instead, he has $615,000 -- minus legal fees and a whopping capital-gains tax bill. Even if $615,000 is above appraisal, the deal shortchanged his future.

No government should be able to take your land to give it to a corporation. As Susette Kelo noted Thursday, "Our federal tax dollars shouldn't be used to take away our homes and businesses so that developers can build shopping malls and condominiums."

Citizens have an interest in a system that allows governments to take property -- at a just price -- for public projects. But when states and cities, in search of a richer tax base, can take your land and give it to a private developer -- they have license to trample on everyone's rights. And no one, except the very rich, is safe.

dsaunders@sfchronicle.com
Posted by jtf at 7:45 AM