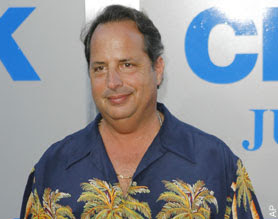 July 17, 2007 -- IT was fight night at an L.A. comedy club last week when Jon Lovitz roughed up Andy Dick over the murder of their "Saturday Night Live" colleague, Phil Hartman.

Laugh Factory owner Jamie Masada, who witnessed the assault, said, "Jon picked Andy up by the head and smashed him into the bar four or five times, and blood started pouring out of his nose." Lovitz told Page Six, "All the comedians are glad I did it because this guy is a [bleep]hole."

Lovitz and Dick have been at loggerheads since a 1997 Christmas party at Hartman's house, five months before his troubled wife Brynn flipped out, fatally shooting Hartman, then killing herself. "Andy was doing cocaine, and he gave Brynn some after she had been sober for 10 years. Phil was furious about it - and then five months later he's dead," said Lovitz, adding that when he filled in on Hartman's "Newsradio" sitcom, "I told Andy, 'I wouldn't be here now if you hadn't given Brynn that cocaine.' " 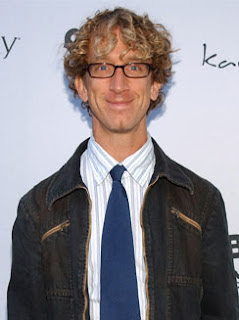 Last year, Lovitz related, a drunken Dick strolled up to his table at Ago in West Hollywood, rudely downed his guests' peach liqueur drinks, and "looked at me and said, 'I put the "Phil Hartman hex" on you - you're the next one to die.' I said, 'What did you say?' and he repeated it. I wanted to punch his face in, but I don't hit women."

When the two ran into each other at the Laugh Factory last Wednesday, "I wanted him to say he was sorry for the 'Phil Hartman hex,' " Lovitz told us. "First he says, 'I don't remember saying that.' Then he leans in and says, 'You know why I said it? Because you said I killed Phil Hartman.' Which I never said. Then he asked me to be in his new movie.

Dick's weirdness has been well documented. Last year, he licked the faces of Farrah Fawcett, Carrie Fisher and Patton Oswalt, then groped and bit the hand of Post reporter Mandy Stadtmiller at a comedy-festival taping.
Posted by jtf at 3:42 PM