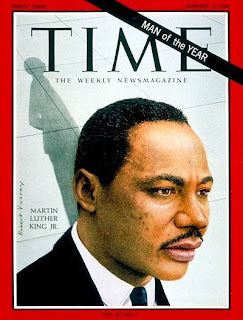 It is essential to be clear about why we celebrate on Martin Luther King Jr. Day.

In a recent New Republic missive, Rick Perlstein attacks many conservatives (myself included) for finding reasons to praise Martin Luther King Jr. Perlstein points out, correctly, that conservatives in the 1960s almost uniformly scorned King as the advance guard of anarchy, and goes on to argue that conservatives who speak well of King today are “mere bean-counters” who miss the true point about King, that “sometimes, doing things that terrify people is the only recourse to injustice.”

Perlstein’s first point bears greater consideration than many conservatives now give it. In the January 2006 online column for the Ashbrook Center for which Perlstein takes me to task, I acknowledged the views of conservatives toward King in the 1960s (though Perlstein does not mention this). Conservatives today would benefit from revisiting that history. While discovering common ground with King, it is important to be honest about the limits of that common ground.

Aside from the general dislike that conservatives held (and hold) toward civil disobedience under most circumstances, there are a number of other reasons left unaddressed by Perlstein for why conservatives cannot embrace King without reservation. His late endorsement of racial preferences ran counter to his earlier professions of color-blindness; despite his devotion to freedom at home, his co-option by the antiwar movement made him, like thousands of other misguided Americans, accessory to the Stalinization of Indochina; and his personal conduct was not what one would hope for from a Christian minister. On the last count, no one can doubt that King would be a prime candidate for endless accusations of hypocrisy had his public cause been less satisfying to those most inclined to generate such accusations.

Nor can conservatives refrain from honestly weighing the costs as well as the benefits of the Martin Luther King Jr. holiday. The costs include the danger of legitimizing the ethnic balkanization of America and of crowding out holidays that might better serve as a national glue than a solvent. On many college campuses, MLK Day has replaced Presidents’ Day as a day off in the academic calendar, as if King were more important and more worthy of veneration than Washington and Lincoln put together. One good reason for conservatives to seek common ground with King is that it is important that the day be made a celebration of essential national principles. Perlstein’s fear that conservatives are trivializing King has it almost exactly backwards. It is the multicultural Left that has shrunken King by turning his day into an outsized “celebrate diversity” sensitivity-training workshop. But perhaps this is all bean-counting.

The point that I made a year ago, and that I will repeat, is that there are three areas where conservatives can embrace King, and in fact where King’s views are more agreeable to conservatives than liberals. The first was his original grounding of his civil rights efforts in a vision of a nation that lives up to its Founding ideals and treats its citizens as individuals rather than ciphers defined by their pigmentation. One can sincerely believe in a nation that defines its children by the content of their character rather than the color of their skin; one can sincerely believe in giving those children a 20-point bonus on their college applications for the color of their skin, as the University of Michigan did; apparently one can, if one suppresses cognitive dissonance, believe in both approaches, as King claimed to when the civil rights movement began its transition from moral crusade to manifestation of interest-group politics; but one cannot bring both into being. Conservatives have aligned themselves with King’s earlier, and more noble, aspiration, liberals with his later adjustment to it. If fighting for equality and civil rights was King’s great contribution to the nation — and the reason he now has a holiday in his honor — then this is hardly a peripheral issue.

Second, King based his struggle on a moral and religious view that eschewed relativism. Indeed, his use of civil disobedience was predicated on his belief that one could distinguish between just human laws and unjust human laws, the latter consisting of those human contrivances which violated the “moral law,” the “natural law,” “God’s law,” or the “eternal law,” as King alternately put it. Yet the social thrust of liberalism today has as its foundation the dismissal of notions of absolute truth or the notion that human law must strive to meet some transcendent moral standard. In this respect, liberalism now has more in common with famed post-modern philosopher Stanley Fish than with King.

Finally, in a related vein, King, like the abolitionists and the Congregationalist clergy of the 1770s, had no qualms about bringing religious language and arguments to bear on the issue at hand. To the contrary, it was perfectly natural to him. It is rather difficult for liberals today to embrace King while attacking conservatives for moral absolutism and for daring to mix religion and politics.

None of this is to say that King would be voting Republican today had he lived, although a few of his contemporaries are indeed doing so for just these reasons. It is to say that, on a number of matters that intersect with crucial public policy concerns today, King had views that logically underpin the conservative rather than the liberal position. More than this, I did not and would not argue.

Perlstein refutes none of this, nor does he attempt to. His point, instead, is that none of it is relevant. Towering over all other considerations stands the importance of remembering that sometimes seekers of justice will present a frightful appearance to established forces of stability in society. Fair enough; a useful reminder. But there are many figures whose preoccupations present a frightful appearance. Everything depends on determining whether those seekers are seeking justice or something else, which determination requires us to come to some understanding of what justice is. That question in turn cannot be answered except by recourse to fundamental principles and a consideration of ends and means.

Which brings us back to bean counting. If the conceptions of racial justice and the legitimate bounds of discourse widely insisted upon by the Left today were strictly applied to King, he would appear not as a seeker of justice but as a theocratic advocate of regressive color-blindness. Indeed, more than a few conservatives have been accused of exactly those sins for nothing more than advocating King’s original racial view or using King’s moral framework and language. Hence Senator Harkin’s outburst accusing President Bush of setting himself up as a “moral Ayatollah” when he vetoed the embryonic stem-cell bill on grounds that the bill did not conform to a higher moral law.

That voice of established stability known as the New York Times finds itself regularly terrified by the specter of encroaching theocracy because the anti-abortion, or anti-embryonic stem-cell research, or anti same-sex marriage rabble insist, like King, on operating in a framework that is not wholly secular. Consequently, it actually matters a great deal whether King and conservatives have something in common on these particulars. It matters even more whether they are right. Without knowing what justice and injustice are, and how to think or talk about them, we cannot give Martin Luther King, George Washington, Abraham Lincoln, our veterans, or anyone else a day of honor. In the end, the questions Perlstein dismisses are part of the dividing line that separates a recourse to injustice from the merely terrifying.

— Andrew E. Busch is a professor of government at Claremont McKenna College and an adjunct fellow of the Ashbrook Center.
Posted by jtf at 1:47 PM