The fallen on foreign shores

by Jamie Dettmer
https://www.washingtonexaminer.com/opinion/the-fallen-on-foreign-shores
May 17, 2019 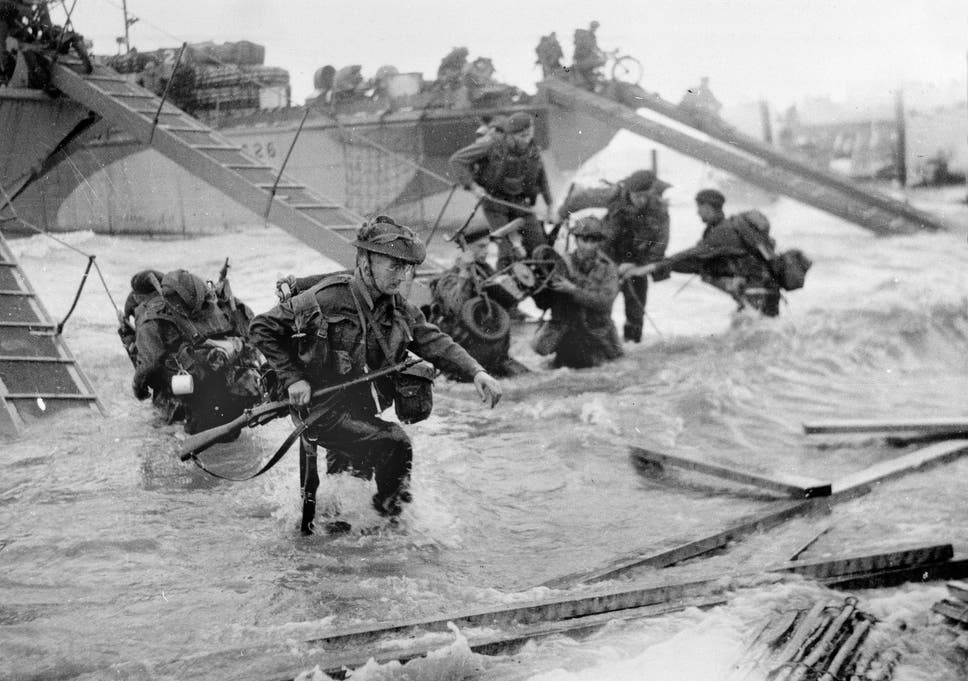 
Veterans talk about war differently from those who’ve never experienced combat. When they actually communicate about what they saw and endured — something they’re reluctant to do, more often than not — they tend not to romanticize, knowing there isn’t anything romantic or glorious about war.
The 75th D-Day anniversary is upon us. The great and good, heads of state, and government officials will gather soon in Normandy to mark the June 6 event. There will be parades, fireworks, air shows, and military reenactments.
Amid it all, there will be a few actual D-Day veterans, taking the opportunity to mark probably the last major anniversary of the Normandy landings in which any survivors will be present. And they will be feted and honored, as they should.
But judging from other Second World War anniversaries I’ve attended in France and Italy, their minds will be elsewhere, communing with their memories and talking privately with the friends who died.
I only had one relative who landed at Normandy in 1944, an uncle, who had the very good fortune not to be in any of the first waves wading ashore under heavy fire on the hellish and blood-soaked opening day of Operation Overlord.
He saw the aftermath of what shell, bullet, and mine did on the beaches, and he never talked about it. Nor did he say anything about the grinding eight weeks that it took American, British, and Canadian soldiers to break out of the Allied beachhead and move forward, agonizingly slowly, one thick hedgerow at a time.
Those weeks saw a daily casualty rate that sometimes exceeded the World War I slaughter at Passchendaele, Verdun, or the Somme, notes military historian James Holland in his forthcoming book, "Normandy ’44: D-Day and the Epic 77-Day Battle for France."
“Normandy was absolutely brutal,” he wrote.
For family reasons, the landings at Normandy blur for me into Operation Avalanche, the disastrous Allied invasion of mainland Italy at Salerno nine months before and dubbed the "Italian D-Day." My father, a British commando, fought and was grievously wounded there, in the terraced, steep, and wooded hills above Salerno. He and his lightly armed comrades were caught and battled for days by two armored panzer divisions. One of them, the Hermann Göring 1st Paratroop Panzer Division, later became notorious for a series of war crimes against civilians in Italy.
Recently, on a scorching hot Mediterranean day, my wife and I visited the immaculately kept Allied war cemetery where more than 1,800 Commonwealth soldiers are buried, among them dozens of army commandos.
Nine miles southwest of Salerno on the Sele plain, famous for buffalo mozzarella, the cemetery is a half-hour drive from the crowded beaches of the Amalfi Coast. The American war dead from Salerno are buried further north, outside the town of Nettuno.
With a rising and ebbing chorus of cicadas accompanying us, we walked along the rows of white headstones made brighter by the sun’s rays, saddened as we progressed by the youthfulness of those who had died, one as young as 17 years old. In a couple of rows, we came across brothers buried side by side.
I lingered longer by the headstones of names I recognized, comrades my father had episodically and ruefully mentioned on the occasions he had said something fleetingly about Salerno. There was the headstone of Arthur Brunswick, a captain my father had spent most of his time with in the dayslong desperate battle the commandos had fought.
They were hit by the same mortar round that blew my father’s arm off and killed Brunswick.
Posted by jtf at 10:20 AM