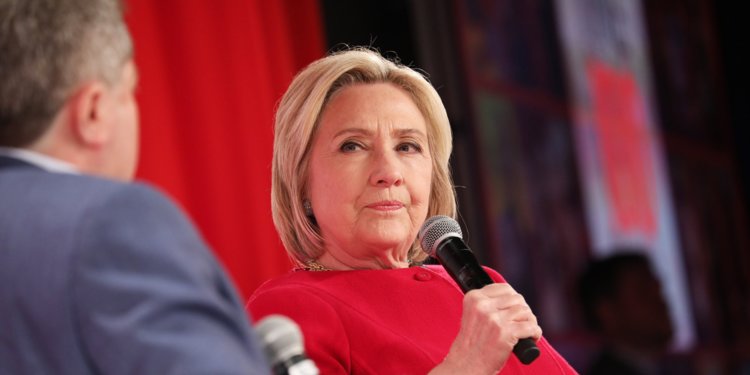 During the combined two decades she served as a U.S. senator and secretary of State, Hillary Clinton’s patrons regularly donated to her family charity when they had official business pending before America’s most powerful political woman.
The pattern of political IOUs paid to the Clinton Foundation was so pernicious that the State Department even tried to execute a special agreement with the charity to avoid the overt appearance of “pay-to-play” policy.
Still, the money continued to flow by the millions of dollars, from foreigners and Americans alike who were perceived to be indebted to the Clinton machine or in need of its help.
It’s time for the American public to call in their own IOU on political transparency.
The reason? Never before — until 2016 — had the apparatus of a U.S. presidential candidate managed to sic the weight of the FBI and U.S. intelligence community on a rival nominee during an election, and by using a foreign-fed, uncorroborated political opposition research document.
But Clinton’s campaign, in concert with the Democratic Party and through their shared law firm, funded Christopher Steele’s unverified dossier which, it turns out, falsely portrayed Republican Donald Trump as a treasonous asset colluding with Russian President Vladimir Putin to hijack the U.S. election.
Steele went to the FBI to get an investigation started and then leaked the existence of the investigation, with the hope of sinking Trump’s presidential aspirations.
On its face, it is arguably the most devious political dirty trick in American history and one of the most overt intrusions of a foreigner into a U.S. election.
It appears the Clinton machine knew that what it was doing was controversial. That’s why it did backflips to disguise the operation from Congress and the public, and in its Federal Election Commission (FEC) spending reports.
Clinton and the Democratic National Committee (DNC) used the law firm of Perkins Coie to hire Glenn Simpson’s research firm, Fusion GPS, which then hired Steele — several layers that obfuscated transparency, kept the operation off the campaign’s public FEC reports and gave the Clintons plausible deniability.
But Steele’s first overture on July 5, 2016, failed to capture the FBI’s imagination. So the Clinton machine escalated. Steele, a British national, went to senior Department of Justice official Bruce Ohr — whose wife, Nellie, also worked for Fusion — to push his Trump dirt to the top of the FBI.
Nellie Ohr likewise sent some of her own anti-Trump research augmenting Steele’s dossier to the FBI through her husband. Perkins Coie lawyer Michael Sussmann used his connection to former FBI general counsel James Baker to dump Trump dirt at the FBI, too.
Then Steele and, separately, longtime Clinton protégé Cody Shearer went to the State Department to get the story out, increasing pressure on the FBI.
In short, the Clinton machine flooded the FBI with pressure — and bad intel — until an investigation of Trump was started. The bureau and its hapless sheriff at the time, James Comey, eventually acquiesced with the help of such Clinton fans as then-FBI employees Peter Strzok and Lisa Page.
To finish the mission, Simpson and Steele leaked the existence of the FBI investigation to the news media to ensure it would hurt Trump politically. Simpson even called the leaks a “hail Mary” that failed.
Trump won, however. And now, thanks to special counsel Robert Mueller, we know the Russia-collusion allegations relentlessly peddled by Team Clinton were bogus. But not before the FBI used the Clinton-funded, foreign-created research to get a total of four warrants to spy on the Trump campaign, transition and presidency from October 2016 through the following autumn.
The Clinton team’s dirty trick was as diabolical as it was brilliant. It literally used house money and a large part of the U.S. intelligence apparatus to carry out its political hit job on Trump.
After two years of American discomfort, and tens of millions of taxpayer dollars spent, it’s time for the house to call in its IOU.
Hillary Clinton owes us answers — lots of them. So far, she has ducked them, even while doing many high-profile media interviews.
I’m not the only one who thinks this way. Longtime Clinton adviser Douglas Schoen said Friday night on Fox News that it’s time for Clinton to answer what she knew and when she knew it.
Here are 10 essential questions:
Hillary Clinton owes us answers to each of these questions. She should skip the lawyer-speak and answer them with the candor worthy of an elder American stateswoman.
John Solomon is an award-winning investigative journalist whose work over the years has exposed U.S. and FBI intelligence failures before the Sept. 11 attacks, federal scientists’ misuse of foster children and veterans in drug experiments, and numerous cases of political corruption. He serves as an investigative columnist and executive vice president for video at The Hill. Follow him on Twitter @jsolomonReports.
Posted by jtf at 7:40 AM