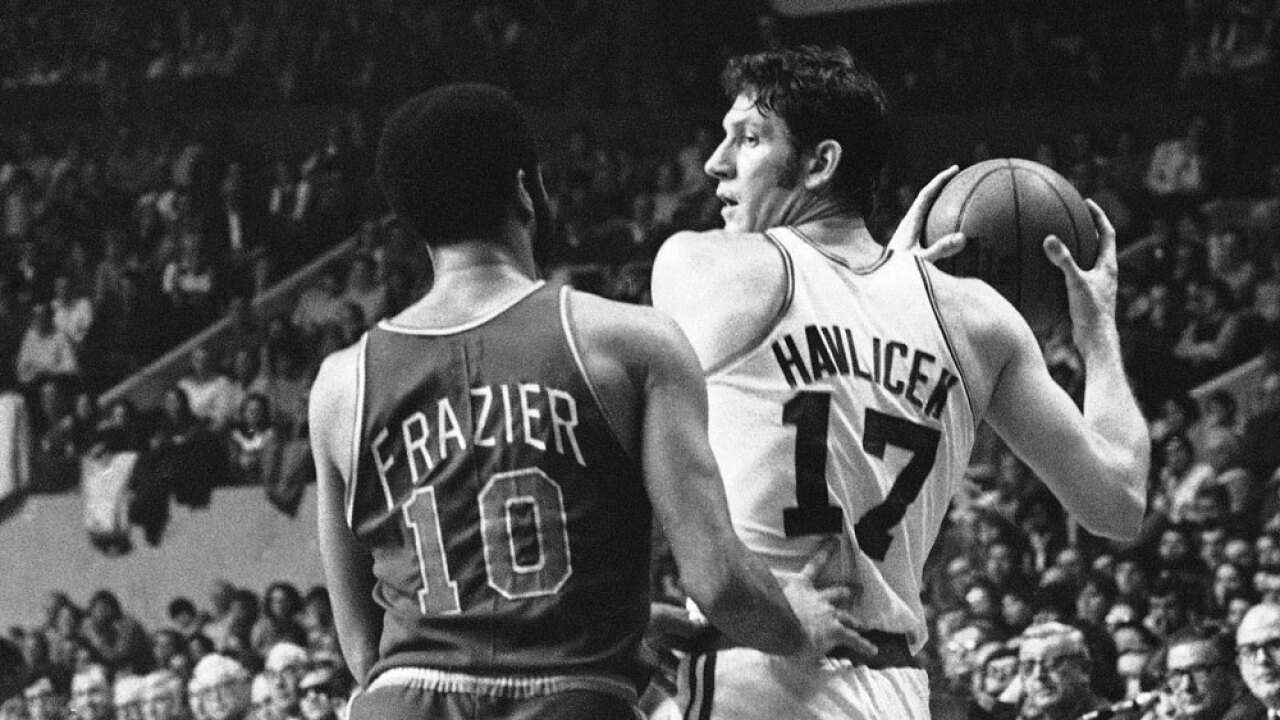 Just before leaving their locker room to face Michigan in the 1976 NCAA championship game, the Indiana Hoosiers were halted by their coach, Bobby Knight.


“Fellows,” he said, “there’s somebody I want you to meet. He’s a friend of mine who’s come down from Boston to share a few words. I can’t think of anyone who’s been in more situations similar to ours tonight.”
Then he introduced his Ohio State teammate, John Havlicek, who would soon collect his eighth championship ring with the Celtics.
“After this game is over,” Havlicek told them, “you don’t want to ever look back and have to tell yourself it might have been different if only you’d tried a little harder.
“In the course of your lifetime you might live 70 years. These are just two hours of those 70 years, but they’re two hours you’ll never get back, so make them two of your very best. Don’t walk off that court with the feeling you could have given more. Give it all you’ve got.”
That’s what those Hoosiers did and they won.
Havlicek’s attitude said more than his prodigious statistics did.
When the Celts’ historic run of eight consecutive titles was snapped in 1967, joyous taunts of “Boston is dead!” reverberated throughout the Philadelphia Spectrum.
“I’ve had too many proud nights to hang my head now,” Havlicek told writers jammed around his locker. “Besides, we’re ‘dead’ only until October.”
One night during the grim 1977-78 season that saw the Shamrocks post a 30-52 record, announcer Johnny Most raved over the way Havlicek kept diving after loose balls in a clearly losing effort.
“You never want to give anyone the impression you’ve given up,” the weary captain later explained. “At some future time, maybe in a close game, it’ll be in the back of your opponent’s mind that this guy never lets up! And it’ll bother him. You never want anyone to get the feeling he’s beaten you. It’s just a matter of respect, I guess.”
That’s not a quality easily captured in numbers, yet it was the essence of this towering Celtic legend who died two days ago at 79.
“John was not the best shooter I ever saw,” Bill Russell once said. “He was not the best rebounder, not the best ball-handler. But I always thought John Havlicek was the best player I ever saw.”
“He had an incredible desire to win,” Jerry West marveled. “If one man characterized everything the Celtics stood for, John was that man.”
Indeed he was.
Goodbye, good friend, and God bless.
Posted by jtf at 7:35 AM