Scowling face of the state

By George F. Will, Published: June 12 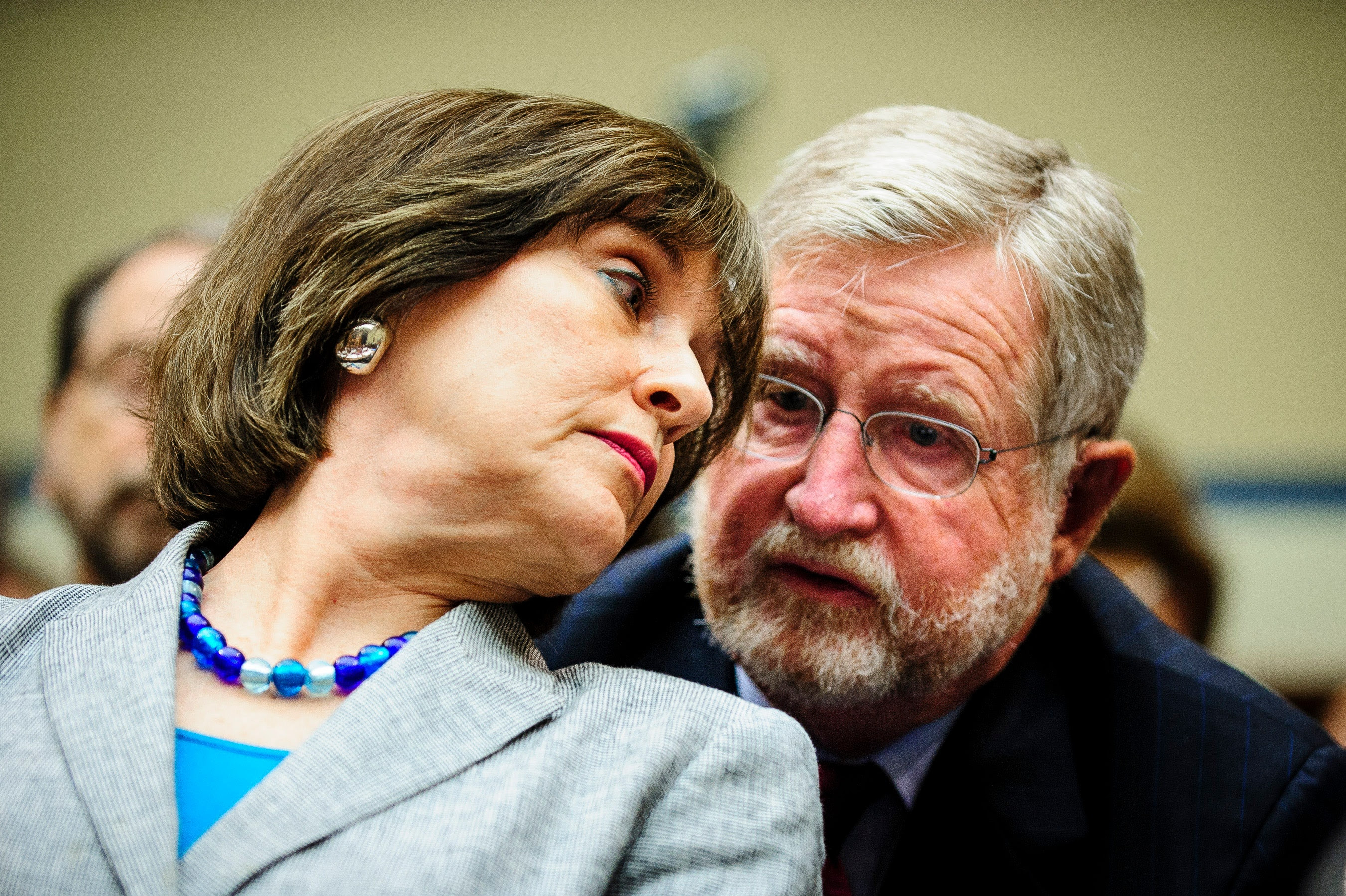 Lois Lerner, the director of the Internal Revenue Service’s exempt organizations office, confers with her attorney William W. Taylor during a House Oversight and Government Reform Committee hearing in Washington, D.C., on Wednesday, May 22, 2013. (Pete Marovich/Bloomberg)

As soon as the Constitution permitted him to run for Congress, Al Salvi did. In 1986, just 26 and fresh from the University of Illinois law school, he sank $1,000 of his own money, which was most of his money, into his campaign to unseat an incumbent Democratic congressman. Salvi studied for the bar exam during meals at campaign dinners.

He lost his campaign. Today, however, he should be invited to Congress to testify about what happened 10 years later, when he was a prosperous lawyer and won the Republican Senate nomination to run against a Democratic congressman named Dick Durbin.

In the fall of 1996, at the campaign’s climax, Democrats filed with the Federal Election Commission charges against Salvi’s campaign alleging campaign finance violations. These charges dominated the campaign’s closing days. Salvi spoke by telephone with the head of the FEC’s Enforcement Division, who he remembers saying: “Promise me you will never run for office again, and we’ll drop this case.” He was speaking to Lois Lerner.

After losing to Durbin, Salvi spent four years and $100,000 fighting the FEC, on whose behalf FBI agents visited his elderly mother demanding to know, concerning her $2,000 contribution to her son’s campaign, where she got “that kind of money.” When the second of two federal courts held that the charges against Salvi were spurious, the lawyer arguing for the FEC was Lois Lerner.

More recently, she has been head of the IRS Exempt Organizations Division, which has used its powers of delay, harassment and extortion to suppress political participation. For example, it has told an Iowa right-to-life group that it would get tax-exempt status if it would promise not to picket Planned Parenthood clinics.

Last week, in a televised House Ways and Means Committee hearing, Rep. Peter Roskam (R-Ill.), Salvi’s former law partner, told the riveting story of the partisan enforcement of campaign laws to suppress political competition by distracting Salvi and entangling him in bureaucratic snares. The next day, the number of inches of newsprint in The Post and the New York Times devoted to Roskam’s revelation was the number of minutes that had been devoted to it on the three broadcast networks’ evening news programs the night before: Zero.

House Republicans should use their committee chairmanships to let Lerner exercise her right to confront Salvi and her many other accusers. If she were invited back to Congress to respond concerning Salvi, would she again refuse to testify by invoking her Fifth Amendment protection against self-incrimination? There is one way to find out.

Durbin, the second-ranking Senate Democrat, defeated Salvi by 15 points. He probably would have won without the assistance of Lerner and the campaign “reforms” that have produced the FEC’s mare’s-nest of regulations and speech police that lend themselves to abuses like those Salvi experienced. In 2010, Durbin, who will seek a fourth term next year, wrote a letter urging Lerner’s IRS division to pay special attention to a political advocacy group supporting conservatives.

Lerner, it is prudent to assume, is one among thousands like her who infest the regulatory state. She is not just a bureaucratic bully and a slithering partisan. Now she also is a national security problem because she is contributing to a comprehensive distrust of government.

The case for the National Security Agency’s gathering of metadata is: America is threatened not by a nation but by a network, dispersed and largely invisible until made visible by connecting dots. The network cannot help but leave, as we all do daily, a digital trail of cellphone, credit card and Internet uses. The dots are in such data; algorithms connect them. The technological gathering of 300 billion bits of data is less menacing than the gathering of 300 by bureaucrats. Mass gatherings by the executive branch twice receive judicial scrutiny, once concerning phone and Internet usages, another concerning the content of messages.

The case against the NSA is: Lois Lerner and others of her ilk.

Government requires trust. Government by progressives, however, demands such inordinate amounts of trust that the demand itself should provoke distrust. Progressivism can be distilled into two words: “Trust us.” The antecedent of the pronoun is: The wise, disinterested experts through whom the vast powers of the regulatory state’s executive branch will deliver progress for our own good, as the executive branch understands this, whether we understand it or not. Lois Lerner is the scowling face of this state, which has earned Americans’ distrust.

Email ThisBlogThis!Share to TwitterShare to FacebookShare to Pinterest
Labels: George Will, IRS