Erving: It was right time to make documentary 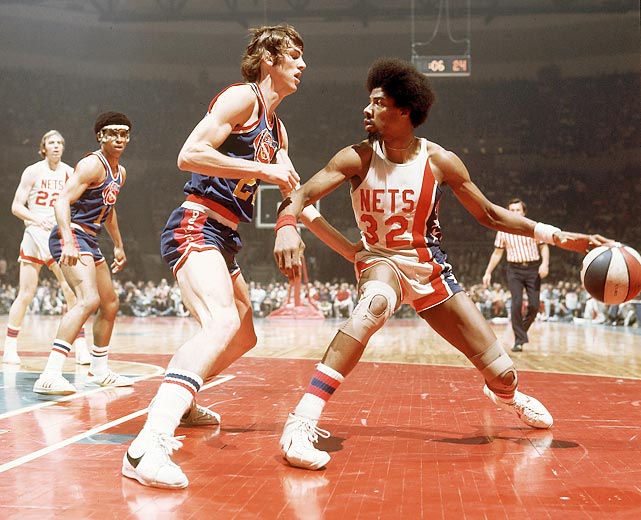 Generations of basketball fans will be introduced to Julius Erving Monday night when NBA TV airs, “The Doctor,” a documentary honoring the ABA and NBA legend.


The Hall of Famer, who was undoubtedly the greatest player in ABA history while starring for the New York Nets before winning an NBA Championship with the Sixers, said in a phone interview with The Post last week that this simply was the right time for him to contribute to such a project.

“I think it was a matter of the presentation, and the timing for me, with this being the year I’m working on an autobiography, it’s very much a lateral move to work on the research and get the input from other players and people who were involved in my story, and to compliment that,” Erving said of the documentary, which will run at 9 p.m. Monday night. “It made a lot of sense.”

The documentary will cover Erving’s life growing up on Long Island, up through his college days at Massachusetts and his legendary ABA career with the Nets, as well as his time with the Sixers in the NBA where he won the 1983 title and cemented his legacy.

“When you start seeing highlights of when you’re in high school or college or in your 20s, before you lose some of the gifts that you had, it’s a nice touch,” Erving said. The documentary has a lot of footage from early in his career, footage that isn’t easily or widely available.

“I’m not surprised by them, but pleased by them, and I know that there’s an additional conversation that will be stimulated when people see it. That following week friends, family, personal associates, business associates, they’ll see things they haven’t seen in the documentary. I’m anticipating that. I just want to enjoy it because at this stage in life, it should be about enjoying the ride.”

Plenty of fans have enjoyed following Erving both during his playing days and after, thanks to the high-flying way he played that helped change the way the game was played by everyone over the past three decades.

The influence of the ABA, from the flair its players displayed to the use of a 3-point line, has been felt ever since the two leagues merged in the late 1970s, and Erving said part of his motivation to participate in the documentary was to honor the contributions the ABA made to the game.

“Well, I think that’s a true statement, and I also think that there was a point in time in which the game became above the rim in your face and I was one of the people who ushered that era into today’s game,” he said. “It’s beyond where it started, but that’s where it started.”

It also was a chance, he said, for him to honor the people behind the scenes – namely his family – that helped him on his rise to stardom.

“It is,” he said. “In doing the project, I wanted to give credit to them. It’s not all coaches and gyms and playgrounds. There’s a family piece, having a real family and family support, and giving them credit was very important to me. “

For many basketball fans today under the age of 30, the extent of their knowledge of Erving’s accomplishments, as well as many of his ABA brethren, come from words and small clips of his highlights from his days with the Nets.

Erving said that he hopes participating in this documentary will change that, as well as showing what he went through to get to where he is today.

“Playing was a little bit of an escape, and people were dealing with things in their everyday lives, and some things are going to work out and others are not. But you have to stay the course, stay true to your convictions, and eventually it will work out. Hopefully there can be a lot of inspiration to others from seeing my story and understanding it’s not all pie and ice cream.”

tbontemps@nypost.com
Read more: Erving: It was right time to make documentary http://www.nypost.com/p/blogs/netsblog/erving_it_was_right_time_to_make_N6Bu4pXm4TZwUbaQT5msVL#ixzz2VtvmVdDf
Posted by jtf at 5:16 AM