The Art of Death

The moderate Muslim majority is a myth. 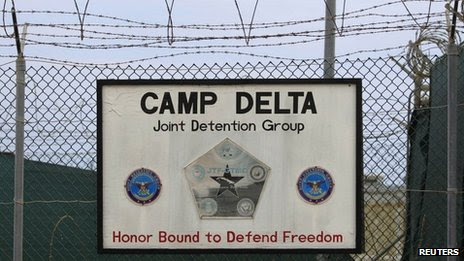 Hassan al-Banna, the Muslim Brotherhood’s epigrammatic founder, was never at a loss for the chilling turn of phrase. His rally cry, the Brotherhood’s signature pledge that “Jihad is our way” and “Dying in the way of Allah is our highest hope,” is the soundtrack of the “Arab Spring.” It speaks for a regionover two-thirds of whose putative liberty lovers prefer to kill apostates than to abide freedom of conscience. Their embrace of the very sharia chauvinism that ties together Banna, bin Laden, the Saudi royals, and Tamerlan Tsarnaev explodes the Western myth of the moderate Muslim majority.

Yet the United States government clings to the myth. Even as Boston buries its dead, just as they must do from Cairo to Thailand, Americans are instructed not to notice the inevitable progression from Islamic-supremacist ideology to aggression and murder. The See No Islam campaign entails such inanities as portrayal of the Brotherhood as a “largely secular” outfit. Thus, few of us have heard of Banna’s odes to “the art of death.” To know them is to see the farce in President Obama’s sudden angst over hunger-striking jihadists, and in the renewed vigor of his quest to close the Guantanamo Bay detention camp.

About 166 detainees remain at Gitmo. Around 100 of them have joined in a hunger strike that began four months ago when some of the jihadists accused their military guards of mishandling Korans — sorry, I mean Holy Korans — during searches of their cells.

Mind you, cells are regularly searched in every prison. Gitmo is unusual only in the heightened necessity of this routine. Jihadists frequently attack the guards with weapons improvised and hidden in their cells. The Holy Koran, meanwhile, is not wholly Koran — jihadists often use it to pass each other messages. No surprise there: Islamic supremacists take the book to command war against infidels — under the crazy notion that scores of verses like Sura 8:12, Allah’s command to “strike off [the unbelievers’] heads and strike off every fingertip of them” in order to “cast terror into [their] hearts,” actually mean what they say.

Alas, as we’ve seen before, the Pentagon brass — the guys who see jihadist mass murder at a U.S. military base as “workplace violence” — would sooner repeal the First Amendment than abide any mishandling of the Holy Koran. Indeed, Gitmo protocols have long directed that, where possible, only white-gloved Muslim military personnel should touch the sacred text, even when cells are being tossed. The Defense Department has thus internalized the supremacist principle that infidels are not fit to touch things Islamic, the very principle by which our friends the Saudis forbid public professions of Christianity and ban non-Muslims from entering the cities of Mecca and Medina.

While we avert our eyes from the ugliness of our enemies’ ideology, they go to school on us. Guerilla training for jihadists prominently includes propaganda. Much of this, naturally, is geared to rally the Left’s assorted shock troops of Western self-loathing. In equal part, though, it is theater. A good hunger strike works wonders. Like all real jihad, it is what Banna famously called “the art of death.” The omnipresent specter of martyrdom, he knew, was a transformative agent of influence.

Relying on Muslim scripture in a book he called “Jihad,” Banna explained that Allah reserves the greatest “reward” for the “martyrs and fighters in His way.” Only those “who have modeled themselves upon the martyrs in their performance of jihad can join them in this reward.” Performance was not a word chosen idly.

As the late Arabist scholar Robert P. Mitchell observed in his seminal 1960 study,The Society of Muslim Brothers, Banna understood that what made jihad so effective was the “relationship always implied between it and the possibility, even the necessity, of death and martyrdom.” Death is the salient aim of jihad, whether it is the terror of killing infidels or the power of the jihadist’s example in surrendering his own life for the cause. That power is the unparalleled capacity of art to move and inspire.

For the jihadist, Banna declared that “death is art.” It is the most persuasive demonstration of submission to the Koran’s command that Muslims love death more than life — an injunction Banna’s kindred spirits at al-Qaeda have turned into a taunt at Americans. The idea, Mitchell elaborates, is that “victory can only come with the mastery of ‘the art of death.’ . . . The movement cannot succeed, Banna insists, without this dedicated and unqualified kind of jihad.”

Such a jihad must continue to be waged even when the supremacist has been rendered hors de combat, for it embraces any available means to defeat the infidel’s will. “Fighting the unbelievers,” Banna urged, “involves all possible efforts that are necessary to dismantle the power of the enemies of Islam.”

The Gitmo hunger strike is just such an effort. The jihadists know their allies on the Left have always despised the Bush-era conversion of counterterrorism to a law-of-war paradigm, which permits their indefinite detention without trial as long as the war ensues. Where it has been politically expedient for him, Obama has taken full advantage of Bush’s paradigm — absent the law of war, his politically popular order to kill bin Laden would have been a naked homicide. But his heart has never been in it. The president’s misgivings are such that he purged the word “war” in favor of “overseas contingency operation” — and does anything say “weak willed” to a jihadist like that bit of timorous clunk?

The hunger strike is on because the jihadists figure Obama is ripe for the taking. Though he has no compunction about quickie drone rub-outs thousands of miles out of sight, he is petrified by the prospect of performance-art jihad: The languishing martyrdom of self-starving death cultists, whose rapt audience of Obama favorites — Brotherhood front groups and the Lawyer Left — remind the administration every long day that he promised to shut this theater down almost five years ago.

This week, they drove the president to babbling incoherence. The hunger strike, he said, reaffirms the need to close Gitmo. But the jihadists are not starving themselves over Gitmo; they are starving themselves over being detained without trial — which they would be even if Obama got his way and Congress green-lighted his plan to stash them at a white-elephant prison near Chicago.

Well, there is one difference. Once the show moved stateside, the art of death would not only draw enhanced, sympathetic coverage from the Obamedia; the terrorists would also unquestionably be in the jurisdiction of the federal courts for all purposes — not just for the novel habeas corpus carve-out the Supreme Court manufactured so our enemies could challenge their designation as wartime enemy combatants. As long as a detainee is in Cuba, a judge may only tell the executive branch it has no authority to hold him under the law of war. If the detainees were in the United States, though, some judge would surely assume the power to order them released.

Have we mentioned that Obama, who still rails against indefinite detention without civilian trial despite having continued the practice since 2009, has already put over 200 like-minded lawyers on the federal bench? That he will seat a couple of hundred more by the time he’s through?

The vast majority of Americans mainly remember the art of death practiced on 9/11, not to mention in Boston just two weeks ago. Consequently, we couldn’t care less whether or not the Gitmo jihadists starve their way to the Great Orgy in the Sky. We say: Meet the art of death with the fruits of life. Instead of Holy Korans, let’s have our white-gloved guards deliver the prisoners a heaping halal turkey dinner every day — on videotape. If they choose not to eat it, that’s on them. Just send the leftovers to the school lunch program . . . after all, there’s a sequester on.

Unfortunately, we are being governed by the jihadists’ target audience.

— Andrew C. McCarthy is a senior fellow at the National Review Institute and the executive director of the Philadelphia Freedom Center. He is the author, most recently, of Spring Fever: The Illusion of Islamic Democracy.