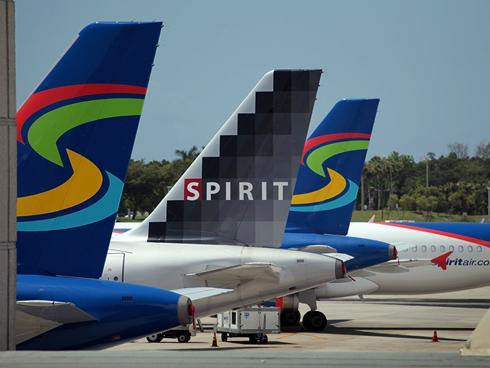 “The legislative department is everywhere extending the sphere of its activity, and drawing all power into its impetuous vortex.”
— James Madison, Federalist 48


But under today’s regulatory state, which Madison could hardly have imagined, the legislature, although still a source of much mischief, is not the principal threat to liberty. Suppose a federal executive department flagrantly abused its regulatory powers for the unmistakable purpose of suppressing truthful speech that annoys the government. If you assume the Supreme Court would rectify this assault on the First Amendment’s core protection, you would be mistaken.

The government has done this, and the court has declined to do its duty to enforce constitutional limits. Herewith an illustration of why conservatives must abandon their imprecise opposition to “judicial activism” and advocate for more vigorous judicial engagement in protecting liberty from the vortex of the regulatory state.

Spirit, Allegiant and Southwest are low-cost carriers that have thrived since the deregulation of the airline industry, which began in 1978. The government retains a narrow authority to prevent deceptive advertising practices. But as the airlines argued in petitioning the Supreme Court to hear their case, the government is micromanaging their speech merely to prevent the public from understanding the government’s tax burdens.

The government’s total price rule forbids the airlines from calling attention to the tax component of the price of a ticket by listing the price the airline charges and then the tax component with equal prominence. The rule mandates that any listing of the tax portion of a ticket’s price “not be displayed prominently and be presented in significantly smaller type than the listing of the total price.” The government is trying to prevent people from clearly seeing the burdens of government.

These three low-cost carriers compete for the most price-conscious travelers, and they want to tell those travelers which portion of a ticket’s cost the airlines control. The government, far from regulating to prevent customer confusion, is trying to prevent customers from understanding the taxes and fees that comprise approximately 20 percent of the average airline ticket.

Timothy Sandefur, of the public-interest, limited-government Pacific Legal Foundation, notes that decades ago the Supreme Court, without justification in the Constitution’s text, structure or history, created a binary First Amendment. So today the amendment gives different degrees of protection to two kinds of speech — strong protection to political speech, minimal protection to commercial speech.

The court has never clearly defined the latter but has suggested that commercial speech proposes a commercial transaction between the speaker and the audience. And the court has held that freedom of commercial speech cannot be abridged if the speech is neither false nor deceptive and if it is not related to an illegal activity.

Note two things. The airlines’ speech the government is regulating with the total price rule would be protected even if it were just commercial speech. And it actually is political speech: It calls its audience’s attention to, and invites disapproval of, government policy.

In permitting the government’s regulation of this speech, the U.S. Court of Appeals for the District of Columbia Circuit held, 2 to 1, that the total price rule “does not prohibit airlines from saying anything; it just requires them to disclose the total, final price and to make it the most prominent figure in their advertisements.” But this ignores the government’s obvious purpose of preventing the airlines from drawing attention to the government’s exactions.

In their brief asking the Supreme Court to reverse the D.C. Circuit’s decision, the airlines noted that the government is forbidding them to do what virtually every American industry does — advertise the pre-tax price of their products. Shirts and shoes and salamis are sold with the pre-tax sum on the price tag.

D.C. Circuit Judge A. Raymond Randolph, dissenting from the court’s permission of this unauthorized and indefensible regulation, asked: How can the government’s supposed interest in consumers having “accurate” information be served by requiring “significantly smaller” typefaces for taxes and fees that make up a larger share of the prices of the low-cost airlines than of the older airlines? Randolph said the government’s purpose is “to control and to muffle speakers who are critical of the government.”

Government is violating one of the natural rights that the Founders said government is “instituted” (the Declaration’s word) to protect. This episode confirms conservatism’s premise that today’s government is guilty of shabby behavior until proven innocent. And conservatives enable such behavior when their unreflective denunciations of judicial “activism” encourage excessive judicial deference toward the modern executive’s impetuous vortex.

Email ThisBlogThis!Share to TwitterShare to FacebookShare to Pinterest
Labels: George Will, Government Regulation