How to Read (and How to Fail at Reading)

By Bruce Deitrick Price
http://americanthinker.com/
May 9, 2013 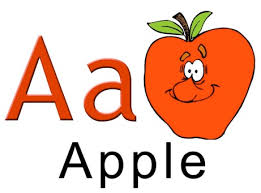 For the sake of this discussion, let us suppose you know nothing about reading, so we can start with the absolute basics.
In phonetic language, letters stand for sounds.  B is always a buh-sound.  A is always an ahh-sound (or close).
So the first thing you do in learning to read is to memorize the alphabet, the 26 letters, with instant recall.  This is an easy thing to do at the age of three or four.  Then you learn the sounds.
Now, let's suppose you take the B sound and the A sound, and you say them very quickly -- buh, ahh -- so they run together and you get "bah."
That is the magic moment, right there.  That is the essence of phonetic reading.  Sounds.  Phonics is just a fancy word for sounds.
One sound is married to another sound, so you get a third sound.  BA is pronounced "bah."  It is a blend, and whether it is a syllable or a word, it's pronounced "bah."
The moment when the buh-sound plus the ahh-sound becomes "bah" is something that's impossible to look at too much.  It is the moment toward which all of language was working, at least in the Mediterranean and Indo-Aryan sections of the world.  Before this they had hieroglyphics and various symbol languages.
Finally one day somebody said, "You know what?  I can take all the words we speak, and I can put them down on paper with just 25 or 30 letters."
The first person hearing this claim must have laughed.  "We have 10,000 words.  How could you possibly depict them with just a handful of letters?"
But the original genius who figured out phonetic language must have had the sort of perfect pitch, the acute hearing and memory, that lets you pick up foreign languages in a week.  He was able to hear that when you say "bah," you are actually saying buh plus ahh.  That is again the magic moment, and it works either way.  You can go from the individual sounds that create a third sound, or you can take the new sound and break it down into the smaller sounds, the essential building-block sounds which are symbolized by the letters.
Here's the reason why it's so important to dwell on the magic phonetic moment.  For 80 years, the Education Establishment in this country has pushed students away from the commonsense approach and made them memorize many thousands of English words as graphic designs.
This approach, which is very nearly impossible unless someone has a photographic memory, is generally called whole-word reading.  (Other synonyms are sight-words, Dolch words, and high-frequency words.)  It is a massive obstacle to literacy.
Here's how this aberrant method is supposed to work.  Consider the hypothetical word-design BSTW.  In first grade, you will be told to pronounce it "love."  You will be told to memorize it as a graphic design.  So you notice that it has four parts (one with two bumps, one like a snake, one like a telephone pole, one that goes up and down).  You must try to marry this complex shape and the specific sound in your brain forever.  So the next time you see BSTW, you say "love."  Be careful not to confuse it with BTSW, TSBW, and many other similar designs.
It's all quite arbitrary for the child.  A random design is pronounced a random way.  Memorize it.
You see that an extraordinary thing has happened.  You've given up all your phonetic clues, the whole history of the language, all the mnemonic reminders and logical aspects that are in each of our words.  Remember, the child is not taught the alphabet, the letters, or the sounds.  Whole Word depends entirely on brute memorization.
In this approach, the entire English language must be memorized the way a stockbroker memorizes currency symbols.  You can find the 50 main symbols on Google.  Imagine you have to recognize those at reading speed.  It would be quite a project.  But then imagine that 50 is only the beginning.  You have to go to 200 and 500 and then 1,000.  (Many children can never memorize even 200 sight-words.)
Whether it's currency symbols or sight-words, you have to identify them three or four per second.  That's reading speed.  Anything less, and you are a functional illiterate.
The whole thing is an insanity. Nobody would even talk about it or think about it except for an odd fact: it's almost universally present in our public schools, and has been since 1931.
Think about people going out in the snow without shoes.  They get pneumonia and end up in the ER.  The next week you see a couple across the street doing the same thing, and you wonder, why do they do that?  Oh, they were instructed to?  A teacher says that's what you're supposed to do -- go out in the snow with no shoes?
Dumb, of course, but no dumber than trying to learn to read by memorizing sight-words.
The only way we are going to save American education is to push all the sight-word reading, the whole-word memorization, the high-frequency-word lists, out of the schools.
Teach the kid the alphabet, the sounds of the alphabet -- then teach the blends.  Within four, five, six months. kids are reading, even if in a halting way.  In a year or two they'll be reading for fun and pleasure, for information.  That's the way it's supposed to work, the way it always had worked, until what seems a criminally stupid enterprise forced whole-word reading into our schools.
Bruce Deitrick Price explains theories and methods on his site Improve-Education.org.  (See "54: Preemptive Reading--Teach Your Child Early.")