Much to Atone For

Back-alley butchers. That was the catchphrase. And 10,000 women a year killed in illegal abortions, that was another. Coat hangers were what those butchers used to perform their grisly trade, and the only thing American women wanted was medical safety on the rare occasions when they made the agonized choice to abort their fetus. Not their unborn child. Fetus was the more scientific word, the true medical term, and besides, the argument wasn’t really about abortion. It was about choice​—​and who could be against that? 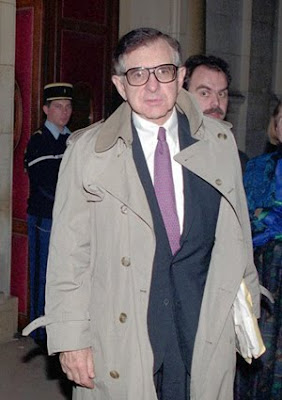 All these old slogans from the 1960s and 1970s, all these statistics, all these ways of framing the issue: One man, a doctor in New York named Bernard Nathanson, had a hand in concocting nearly every one of them. Sometimes, as in the claim of thousands dead from illegal abortions, they were complete fabrications. Other times, they were mere exaggerations. But always Dr. Nathanson was involved. “I am one of those,” as he later wrote, “who helped usher in this barbaric age,” and he spent the last 30 years of his life trying to atone for it.

His journey began with personal experience. Born in 1926, Nathanson was in medical school in Canada in 1949 when his girlfriend told him she was pregnant. Appropriating money from his father, he paid for her illegal abortion. The experience​—​and the desperate effort to justify what he had done​—​led him by the mid-1960s to become one of the nation’s most prominent advocates for legalized abortion.

Those were strange days for medicine, and Bernard Nathanson was in the midst of it all. In February 1969, then 42 years old, he addressed the conference that would soon develop into the largest pro-abortion lobbying group in the country, NARAL​—​the National Association for the Repeal of Abortion Laws. “We’re interested in the poor people who have had to use the back-alley butchers in the past,” he announced, and he showed it by doing such things as picketing his own Manhattan hospital. In 1970, New York enacted what was then the most permissive abortion law in America, and Nathanson promptly opened what he called the “Center for Reproductive and Sexual Health.” What it was, in fact, was a straightforward abortion practice, and over the next few years he oversaw 75,000 abortions​—​and performed 5,000 himself, including one on a mistress carrying his own child.

Not a violent man​—​he was, in fact, a slight figure, blinking through his owlish glasses​—​Bernard Nathanson nonetheless always described himself as an extremist and a militant. Just as an early experience of abortion radicalized him, so later experience radicalized him again. All the blood he saw as he worked, together with the emerging clarity of ultrasound pictures, eventually convinced him that the fetus was what he had once denied it to be: a living child.

He performed his last abortion in 1979, and by 1985 Nathanson had emerged again as a national spokesman​—​but this time on the pro-life side. He proved just as radical in his new cause, and perhaps it’s not surprising that, upon his conversion to Catholicism in 1996, he chose for his godmother not one of the movement’s intellectuals but one of its fighters: Joan Andrews Bell, who had spent more than a year in jail for blocking abortion clinics. In the mid-1980s, Nathanson provided the narration for The Silent Scream, the graphic film of an abortion that President Reagan screened in the White House to much outrage in the nation’s press. 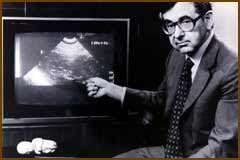 “I know every facet of abortion,” he wrote. “I helped nurture the creature in its infancy by feeding it great draughts of blood and money; I guided it through its adolescence as it grew fecklessly out of control.” That was in his 1996 autobiography The Hand of God​—​and yet, it is a book less about abortion than about the theological narrative he came to see had shaped his life.

Born to a doctor father in a secular Jewish family, Nathanson had always assumed that rationality required the rejection of God. But something in the pro-life fight brought him to faith. He didn’t reject abortion because he was Catholic. He became a Catholic because the struggle against abortion exposed him to serious believers, for the first time in his life. “We systematically vilified the Catholic Church and its ‘socially backward ideas,’ ” he explained about his early days with NARAL. In the final years before his death on February 21 at age 84, he had become an apostle for those same ideas.

Bernard Nathanson was a very American kind of figure​—​a man filled with equal portions of eccentricity and greatness, and both deriving from the same source: his incapacity to live without a defining purpose. He wanted to believe in the goodness of abortion, and so he threw himself, body and soul, into the work. And when he realized it was just a business, and when he couldn’t any longer avoid seeing the children on whom it is performed, he reclaimed himself, body and soul again, by plunging into the fight against abortion.

It’s hard to praise the life Bernard Nathanson led, striding across the stage of America’s public struggles. But it was always a big life. And, in the end, a redeemed one.

Joseph Bottum is a contributing editor to The Weekly Standard.
Posted by jtf at 8:35 AM