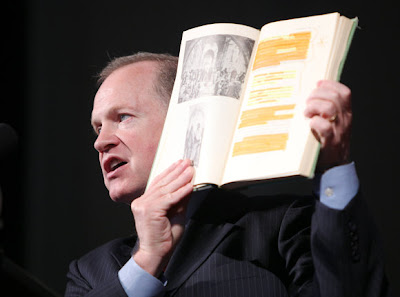 
WAKE FOREST -- Southeastern Baptist Theological Seminary has landed the collected papers of one of the most important evangelicals of the 20th century, a man credited with giving intellectual heft to the Christian right - Francis Schaeffer.

"Evangelicalism would not have had the cultural influence it has today were it not for Francis Schaeffer," said Little, tearing up as he held Schaeffer's Bible.

With that handoff, the Baptist seminary became the custodian of 85 boxes of Schaeffer's unpublished papers, notes, letters and tape-recorded discussions, most of which were shipped from Switzerland, where Schaeffer and his family lived for many years. Schaeffer, who died in 1984, is second only to Billy Graham among influential American evangelicals of the last half of the 20th century.

Schaeffer is credited with influencing a generation of evangelicals who were transfixed by his message of engaging popular culture in the 1960s and 1970s. Though he lived most of his adult life abroad, he spoke frequently at Christian colleges and seminaries - often dressed in Alpine mountain climbing gear. He wore his hair long and sported a goatee.

During the final years of his life, Schaeffer became the godfather of the Christian right. He began using the term "secular humanism," to describe contemporary culture, and helped push evangelicals to oppose abortion.

"There was something about him," said Barry Hankins, a professor of history at Baylor University who studies Schaeffer. "He touched a nerve that others couldn't touch at that time." 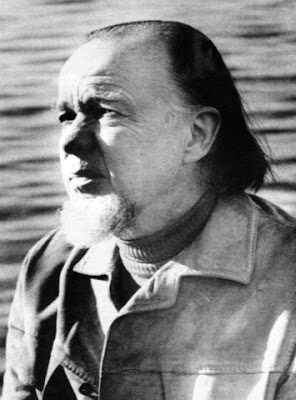 Two films made by Schaeffer's son, Frank, made him even more popular. "How Shall We Then Live?" and "Whatever Happened to the Human Race?" shaped an argument for battling liberal theology in the Christian church and liberal values in society at large.

The seminary plans to restore and transcribe much of Schaeffer's material in digital form. The collection will also serve as a resource for students and scholars.

Southeastern President Daniel Akin said he was "blown away" by the offer, from the Francis Schaeffer Foundation to Little. Although no funds have been set aside to house and restore the material, Akin said he told Little, "We'll do whatever it takes to make it happen."

Middelmann acknowledged it may be surprising or upsetting that her father's collection was given to a Baptist seminary, since Schaeffer was a Presbyterian. An institute dedicated to his work already exists at Covenant Theological Seminary in St. Louis, a school affiliated with the Presbyterian Church in America.

As important, Middelmann said, she found a "kindred spirit" in Little, whom she met a few years ago when he hosted a conference at Southeastern on her father's work.

"My father was a very odd man," said Middelmann. "Had it been given to a more logical place it would have been very inappropriate."

The collection is not a bequest. The Francis Schaeffer Foundation still owns the material, but it is expected to remain permanently at Southeastern.

"We're hoping to revive interest in Francis Schaeffer," said Little. "We want to give new understanding to his life and ministry."

Who was Francis A. Schaeffer?

To a generation of evangelicals who came of age in the 1960s and 1970s, Francis Schaeffer was a popular Christian intellectual who defended faith in an age of growing secularism.

Schaeffer was born in 1912 in Germantown, Pa. He became a Christian at age 17, and after seminary served churches - two in Pennsylvania and one in St. Louis.

He and his wife, Edith, moved to Switzerland in 1948 and established the L'Abri community, French for "the shelter." Each Saturday, he would hold discussions about Christianity that drew wider and wider audiences to his chalet. Though not a scholar, he engaged with contemporary culture, especially avant garde music, Italian cinema and French existentialist writers. He became popular in American Christian colleges, traveling frequently to lecture.

Later in his life, he became sharply critical of what he called the "secular humanist" worldview. His book," A Christian Manifesto," influenced leaders in the Christian right such as Jerry Falwell and Pat Robertson. He is credited with making opposition to abortion, once mainly a Roman Catholic issue, one of the planks of the Protestant evangelical movement.