Progressives and the growing dependency agenda 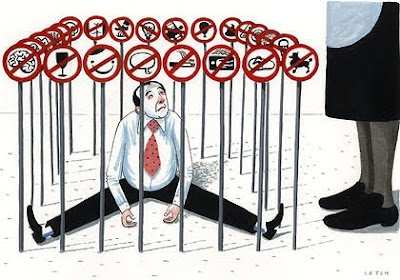 Only two things are infinite -- the expanding universe and Democrats' hostility to the District of Columbia's school choice program. Killing this small program, which benefits 1,300 mostly poor and minority children, is odious and indicative. It is a small piece of something large -- the Democrats' dependency agenda, which aims to multiply the ways Americans are dependent on government.

Democrats, in their canine devotion to teachers unions, oppose empowering poor children to escape dependency on even terrible government schools. Unions and their poodles say school choice siphons money from public schools. But federal money funds the D.C. program, so killing it denies education money to the District while increasing the number of pupils the District must support.

Most Democrats favor a "public option" -- a government health insurance program. They say there is insufficient competition among the 1,300 private providers of insurance, so people should not be dependent on those insurers. But tuition vouchers redeemable at private as well as public schools are a "private option" providing minimal competition with public schools. Government, with 89 percent of the pupils, dominates education grades K through 12. So, do Democrats favor vouchers to reduce Americans' dependence on government education? Of course not.

For congressional Democrats, however, expanding dependency on government is an end in itself. They began the Obama administration by expanding the State Children's Health Insurance Program. It was created for children of the working poor, but the expansion made millions of middle-class children eligible -- some in households earning $125,000. The aim was to swell the number of people who grow up assuming that dependency on government health care is normal.

Many Democrats favor -- as Barack Obama did in 2003 -- a "single-payer" health insurance system, which means universal dependency on government. The "public option" insurance proposal was a step toward that. So was the proposed "alternative" of making 55- to 64-year-olds eligible for Medicare. Both these dependency multipliers will be revived.

As will the Democrats' drive for "cramdown" legislation that would empower government (courts) to shred mortgage contracts, making borrowers eager to embrace dependency on judges. Soon, the most important financial decisions most families make -- to get a mortgage and a college tuition loan -- will almost always be transactions with the government.

The government used TARP funds not for their stipulated purpose of buying the "toxic assets" of banks but to pull auto companies and other economic entities into the spreading web of dependency. Servile -- because dependent -- banks were pliable during the farce of Chrysler's bankruptcy, but secured creditors resisted when settled law was disregarded. Nevertheless, those creditors received less per dollar than did an unsecured creditor, the United Auto Workers, which relishes dependency on government as an alternative to economic realism.

Democrats' "reforms" of the financial sector may aim to reduce financial institutions to dependent appendages of the government. By reducing banks to public utilities, credit, which is the lifeblood of capitalism, could be priced and allocated by government.

Many Democrats, opposing the Supreme Court, advocate campaign finance "reforms" that will further empower government to regulate the quantity, timing and content of speech about government. Otherwise voters will hear more such speech than government considers good for them. Such paternalism is American progressivism's oldest tradition.

A century ago, Herbert Croly published "The Promise of American Life," a book -- still in print -- that was prophetic about today's progressives. Contemplating with distaste America's "unregenerate citizens," he said that "the average American individual is morally and intellectually inadequate to a serious and consistent conception of his responsibilities." Therefore, Croly said, national life should be a "school" taught by the government:

"The exigencies of such schooling frequently demand severe coercive measures, but what schooling does not?" Unregenerate Americans would be "saved many costly perversions" if "the official schoolmasters are wise, and the pupils neither truant nor insubordinate."

Subordination is dependency seen from above. Today, it is seen approvingly by progressives imposing, from above, their dependency agenda.

There is no school choice here; no voucher will enable Americans to escape from enveloping dependency on this "government as school." The dependency agenda is progressive education for children of all ages, meaning all ages treated as children.