An Hour and a Lifetime with C.S. Lewis

Dr. Thomas Howard was raised in a prominent Evangelical home (his sister is well-known author and former missionary Elisabeth Elliot), became Episcopalian in his mid-twenties, then entered the Catholic Church in 1985, at the age of fifty.

Dave Armstrong writes of Howard: "He cites the influence of great Catholic writers such as Newman, Knox, Chesterton, Guardini, Ratzinger, Karl Adam, Louis Bouyer, and St. Augustine on his final decision. Howard's always stylistically-excellent prose is especially noteworthy for its emphasis on the sacramental, incarnational and ‘transcendent’ aspects of Christianity." 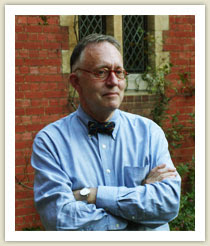 Howard (pictured at left) is a highly acclaimed writer and scholar, noted for his studies of Inklings C.S. Lewis (C.S. Lewis: Man of Letters [1987]) and Charles Williams (The Novels of Charles Williams [1991]), as well as books including Christ the Tiger (1967), Chance or the Dance? (1969), Hallowed be This House (1976), Evangelical is Not Enough (1984), If Your Mind Wanders at Mass (1995), On Being Catholic (1997), and The Secret of New York Revealed. Howard’s story of his how and why he became Catholic, Lead, Kindly Light: My Journey to Rome, was published last year by Ignatius Press. His book on T.S. Eliot’s "The Four Quartets" will be published by Ignatius Press in 2006.

IgnatiusInsight.com: When did you first discover the work of C. S. Lewis and what attracted you to it?

Dr. Thomas Howard: I first heard of, and then began to read, Lewis in the mid-l940’s when an older sister of mine came home from college with Mere Christianity. I was only ten or twelve, but I seem to recall knowing that here was a writer whose work I would like to pursue. Later, when I was an undergraduate, the Narnia Chronicles were coming out, and since they became a sort of fad immediately, I, rather perversely, put off reading them. I read them while I was in the Army in the late l950’s, and was utterly overwhelmed, shedding copious tears.

IgnatiusInsight.com: You had a correspondence with C. S. Lewis many years ago. How did that come about? Did you ever meet Lewis in person?

Howard: While I was in the Army, a friend sent me the Tolkien trilogy. I was so swept away that on an impulse I fired off a letter to Lewis, whom I knew to be a fellow of Magdalen (I didn’t know how to find Tolkien). I just addressed it to "C. S. Lewis, Magdalen College, Oxford, England. He wrote back a most gracious letter all about Tolkien, and then thanking me for liking "my own little efforts." An intermittent correspondence ensued, and some years ago I gave all the letters to the Wade Collection at Wheaton College, Illinois, where there is the best collection of Tolkien, Lewis, Charles Williams, Dorothy Sayers, Owen Barfield, and other writers, outside of Oxford.

While I was living in England in the early l960’s, I arranged to pop out to The Kilns [Lewis’s residence] one time when I was in Oxford visiting a friend at Queen’s College. Lewis received me most jovially, and we sat and chatted for just under an hour, as I recall it. I asked him about hell: "There might be such a place," he said. We talked of Purgatory, too. I can’t remember the whole conversation since I could not bring myself to sit jotting notes, and I don’t think we had tape recorders in those days (which I wouldn’t have used anyway). Lewis looked just as you would hope he’d look: stout; rubicund face; twinkly eyes; baggy tweeds; and a magnificent bell-like voice.

IgnatiusInsight.com: Lewis was one of the most popular Christian writers of the 20th century, perhaps the most read Christian author of the past fifty years. Why has he been so popular among a diverse readership that includes non-Christians, Protestants, Catholics, and Eastern Orthodox? What sets him apart as an author and communicator?

Howard: Lewis’s popularity derived, I am sure, from the remorseless clarity of everything he wrote, plus his glorious imagination, plus his splendid mastery of the English language. Of course his gigantic intellect and his rigorous training in argument from his mentor the "Great Knock" [W.T. Kirkpatrick] set his work altogether apart from most other writers, especially popular writers, whose "intellects are not so hard at work as they suppose" (Lewis’s remark about some schoolboys). His vast readership, drawn from non-religious types, and from every ventricle of Christendom (Roman Catholic, Orthodox, Anglican, Calvinist, fundamentalist, and everything else) testifies to the qualities I have mentioned above. He refused to be partisan in any cheap sense, although of course his robust Christian orthodoxy no one could escape. 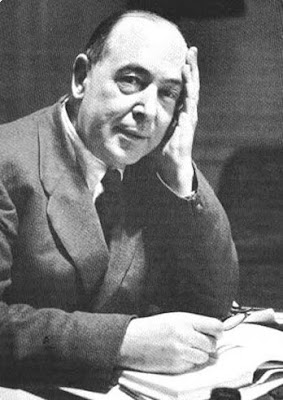 IgnatiusInsight.com: You recently wrote, in your regular "Ashes to Ashes" column in Crisis magazine (Nov. 2005), that you "have read every syllable Lewis ever wrote, including all the books no one else has read. What are some of the lesser-known books of Lewis? Which of Lewis's books do you think deserves a wider readership? Why?

Howard: Of Lewis’s lesser-known books, I would mention: The Discarded Image, a glorious book about the Mediaeval outlook on the universe; A Preface to Paradise Lost, which I would say is infinitely worth reading even if you never get around to Milton; his Poems, which incline me to say that they are his best work; The Allegory of Love, about the whole nettlesome topic of "courtly love" in the late Middle Ages–and beautifully readable even for non-scholars; and then his huge English Literature in the Sixteen Century Excluding Drama, which I open at random just for the sheer delight of it. I often find myself laughing at Lewis’s obvious hilarious delight in the works he is treating. I would say any of these books would reward readers who have read only his most famous works.

IgnatiusInsight.com: The Chronicles of Narnia, of course, are very well known and have sold over 85 million copies since first appearing in the 1950s. Why do you think that series has been so popular? What distinguishes it from other works of children's literature?

Howard: The Narnia Chronicles owe their worldwide popularity, surely, both to Lewis’s love for the genre fairy tale, and to his unpatronizing delight in children, knowing, as he did, what would draw them in to his world. They differ from most other children’s literature in that they draw us all into the precincts of sheer Goodness (without sentimentalism), and Joy, and, finally, Holiness. That is an achievement when you are writing for children. I would put his work in a class with Pooh and Alice and Beatrix Potter’s books, and The Wind in the Willows.

IgnatiusInsight.com: Do you plan on seeing on seeing the movie adaptation of the Chronicles of Narnia? If so, what do expect, or hope to see?

Howard: Yes, I most certainly plan to see the movie. I have already seen excerpts (I think they are called "trailers" now). The film is good beyond one’s wildest hopes. It will take its place with The Lord of the Rings, I predict. After the somewhat abortive, not to say pathetic, efforts to get up a film of Narnia over the past twenty or more years, this one is a prize.

IgnatiusInsight.com: You mentioned some of the strengths of Lewis and his writing. Did he have any notable weaknesses as a thinker or writer? Are there any topics that he avoided or didn't address that you wish he had?

Howard: Any weaknesses in Lewis? Who would wish to find himself saying Yes to that! The only case in point I can think of is, perhaps, the "defeat"(if it was a defeat–I think Lewis thought it was) at the hands of Elizabeth Anscombe in a debate about, I think, Miracles, in which she seems to have found some wobbly spots in his argument.

But are there topics he avoided? Most emphatically Yes! He avoided, like the black pestilence, the whole topic of The Church. He hated ecclesiology. It divided Christians, he said (certainly accurately). He wanted to be known as a "mere Christian," so he simply fled all talk of The Church as such. He would not participate in anything that remotely resembled a discussion of matters ecclesiological. He was firm in his non- (or anti- ?) Catholicism. People ask me if he would by now have been received into the Ancient Church, and I usually say yes. I don’t see how, as an orthodox Christian apologist, he could have stayed in the Anglican Church during these last decades of its hasty self-destruction.

IgnatiusInsight.com: Do you have a favorite book or series of books by Lewis? For those who haven't yet read Lewis, where do you suggest they begin? What Lewis books should be read?

Howard: My favorite Lewis books? I would say his Space Trilogy (Out of the Silent Planet; Perelandra; and That Hideous Strength) and the Narnia books. In these books we find, clothed in drama, all of the ideas that he treated in his more strictly discursive works. The remorseless clarity with which he saw Good and Evil is prophetic. What he wrote in the l940’s could have been written tomorrow. I would invite any newcomer to his work to start here
Posted by jtf at 4:51 PM