“She was black, they were white, and race and sex were in the air.” That’s how a Washington Post columnist described the atmosphere that led to the brutal gang rape of Crystal Mangum by a group of Duke University lacrosse players in 2006. You remember, right? That was the violent, racially motivated hate crime that never happened. 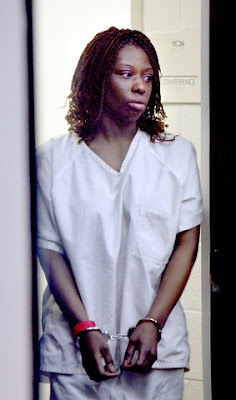 Mangum is in the news again, but this time she won’t find an army of race-obsessed charlatans, Marxist demagogues, and pandering politicians speeding to her defense. The Left only rolls out that treatment for struggling black single mothers when their harrowing tales bolster an ideological agenda. Pulling off the “virtuous victim of white privilege” shtick won’t be easy when Mangum faces charges of child abuse, arson, and attempted murder.

Guilty or innocent, the stripper who cried wolf is on her own this time. She was only worthy of the support of Jesse Jackson, NOW, the New Black Panther Party, and the Duke University “gang of 88” as long as she was able to help weave a compelling narrative of misogyny, class warfare, racial inequity, and systemic injustice.

The lacrosse team – 15 of whom have faced misdemeanor charges for drunken misbehavior in the past three years – may well feel they can claim innocence and sport their disgraced jerseys on campus, safe under the cover of silent whiteness. But where is the black woman who their violence and raucous witness injured for life? Will she ever sleep well again?

If Professor Baker and his Duke colleagues cared so much about Crystal Mangum getting a good night’s sleep, what did they do to prevent her from landing in prison on attempted murder and child abuse charges? If her race and socioeconomic status were enough to merit destroying the lives of a “scummy bunch of white males,” why did they abandon this underprivileged black woman without getting her the help she so obviously needed?

Mangum was a deeply troubled woman long before she falsely accused the Duke University athletes of rape. Her history of mental illness and unsubstantiated rape and violence claims began in her teenage years, and alcohol abuse has been part of the picture as well.

But that didn’t matter to the Duke faculty members who seized upon her false rape account to stir up racial animosity and resentment of “white, male, athletic privilege.” She made a convenient weapon in the race, class, and gender warfare waged by academics and abetted by the media and the reprehensible former district attorney, Mike Nifong.

Malik Zulu Shabazz, national chairman of the New Black Panther Party proclaimed, “to us she is a righteous and divine woman by nature.” 88 Duke faculty members jumped to her defense (and all but convicted the athletes) in a full-page ad that described a poisonous environment of racial hatred. And of course, the Rev. Jesse Jackson showed up to highlight the plight of a black single mother terrorized by a culture of rampant racism and sexism.

Mangum’s affirmative action qualifications became less valuable when evidence clearing the lacrosse players forced her to turn in her righteous victimhood card. To the Left, she was a cause, not a human being. When she couldn’t maintain the hoax, she wasn’t any less black or any less female. But she was no longer a politically useful black single mother, and thus, no longer of value to the race hustlers and class warmongers who rushed to her aid.

Once Crystal Mangum outlived her usefulness as the personification of social injustice in their heavy handed race baiting immorality play, the Left moved on without apology. And Mangum returned to her troubled life as just another ex-poster child for the leftist agenda, a mentally unstable, alcohol soaked liar who was chewed up and spit out by people in a position to help stop her from ruining more lives, including those of her three young children.