The war in Afghanistan may have reached a decisive tuning point this week. Just as a U.S. offensive into Helmand Province is making progress, a joint Pakistani-American raid has resulted in the capture of Mullah Abdul Ghani Baradar, the second-in-command of the Taliban. 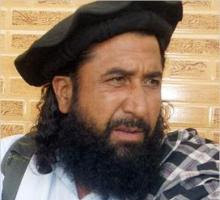 Strategically, Mullah Baradar’s capture may be even more important than taking out Mullah Omar, the Taliban’s leader. If a successful interrogation of Baradar is completed, it will result in an intelligence coup that can cripple the terrorist networks in the region and dramatically turn the tide in the ongoing conflict.

Baradar was captured in Karachi, Pakistan, proving that the Taliban leadership operated on that country’s soil. The Pakistani role in the raid is significant, as they have supported the Taliban and have only taken action against them under severe pressure. Last spring, U.S. officials complained to The New York Times about how the Pakistani ISI intelligence service was covertly helping the Taliban, providing them with supplies and even holding meetings to strategize. In October, the foreign minister of Afghanistan claimed that his nation provided the U.S. and U.K. with proof that ISI officers were directing Taliban attacks in Afghanistan, specifically mentioning an attack on the Indian embassy the previous year.

The Pakistani ISI’s role in arresting Baradar is therefore extremely significant. It shows that one of the Taliban’s important allies has turned against them. This has happened for several reasons. Pakistani opinion has turned against the Taliban as they have established Sharia Law where they take power and have carried out ruthless attacks on the country’s citizens. They have attacked ISI offices and last spring, advanced to within 60 miles of Islamabad. At the same time, outrage over CIA drone attacks is putting pressure on the Pakistani government that can only be alleviated by doing the work that the Americans have been forced to do for them. This does not necessarily mean that the Pakistanis will undertake a full-fledged offensive against safe havens in their country, but it’s a notable improvement in their behavior.

The Taliban first denied that Baradar had been caught, perhaps honestly believing that it was simply Western propaganda. Taliban commanders then tried to say he was captured in Helmand Province, probably in an attempt to disguise the fact that they do indeed rely upon Pakistani safe haven to operate.

Baradar has been the operational leader of the Taliban for years. He is responsible for reorienting the Taliban strategy to focus on guerilla warfare similar to that practiced in Iraq, rather than engaging American forces in the open. His orders to focus on ambushes and the use of improvised explosive devices led to a significant increase in casualties over the past year. His skill has caused him to be called a “brilliant commander” by one expert on Afghanistan. He also led the Shura Council in the Pakistani Baluchistan Province capital of Quetta, controlled the Taliban’s finances and managed the “shadow government” of Taliban governors, mayors and other officials. In Newsweek’s words, “A cunning, little-know figure, he may be more dangerous than [Mullah] Omar ever was.”

This picture of Baradar’s role indicates that the Taliban effort is more centralized than is often assumed. This means that there will be leaders that can quickly replace him, but it also means that his oversized role in all of the Taliban’s affairs makes his absence extremely destabilizing for them.
It also means that he has a treasure trove of knowledge about all of the organization’s functions. He likely knows where Mullah Omar is hiding, and his history of close dealings with Osama Bin Laden means he will know much about his operations. It’s been believed for a long time that Mullah Omar is residing in Quetta, and last fall, the U.S. deputy chief of mission in Islamabad said it was believed that Bin Laden also was there. If that report is true, then there is a very good chance that Baradar knows the location of Bin Laden as well—or that if he doesn’t, he can reveal the people closest to him.

One other area he can certainly shed light on is Iran’s alliance with the Taliban. Small arms and IEDs became the staple of the Taliban’s attacks under Baradar’s guidance, and the U.S. military knows that these are being provided by the Iranian Revolutionary Guards, along with training. In one raid in Heart Province in August, over 100 BM-1 rockets and dozens of C4 explosives made by the Iranians were seized.

It’s possible that the removal of Baradar from Taliban’s hierarchy could spark some internal strife. It is known that he has had several major rivals in the past, with the sharpest challenge coming from Mullah Dadullah Akhund, who Baradar viewed as reckless. As their conflict escalated, Dadullah was killed in a raid that “was clearly guided by inside information.” Dadullah’s younger brother then began attacking Baradar, resulting in his expulsion from the Taliban. Soon after, someone provided inside information on his location allowing the Pakistanis to arrest him, just as had happened to his brother.

Luckily, U.S. officials claim that Baradar is talking and giving up intelligence. This will be a test of the Obama Administration’s interrogation policy, although the Pakistanis are also involved, with their much more lax restrictions. If Baradar’s information leads to more captures, causing a domino effect that turns the war in Afghanistan around, the Obama Administration will undoubtedly use it to vindicate their policy on Pakistan and interrogations. If the information he provides is limited, President Obama’s opposition will take aim.

Baradar’s inability to serve won’t end the Taliban, as he has trained many of his fighters in his tactics and strategy. It would not be an exaggeration, however, to state that the intelligence he gives could begin the Taliban’s darkest days. A large amount of the information will only be useful, though, if it can be acted upon and the willingness of the Pakistanis to act quickly and aggressively against the safe havens on their territory before such intelligence becomes outdated is still in question.
Posted by jtf at 7:50 AM

Email ThisBlogThis!Share to TwitterShare to FacebookShare to Pinterest
Labels: Afghanistan