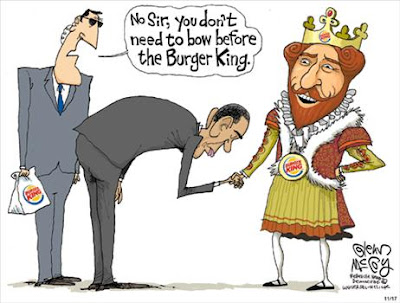 In the art-auction world, the trick to selling a bad painting is to put it in a terrific frame. That's the logic behind President Obama's West Point speech tonight.

Condemned by his own vacillation to sketching a picture repulsive to multiple constituencies, Obama will use the impressive frame of West Point to lend his remarks an illusion of glorious leadership.

The event will be impressive: The US Military Academy does pomp and circumstance well. The cadets will be immaculate and perfectly behaved, applauding on cue (no Joe Wilson "You lie!" shout-outs from this hyper-disciplined bunch).

Flags, formality and hallowed tradition will be at the service of a policy announcement that, by tomorrow morning, the establishment media will hail as rivaling the Gettysburg Address (to the journalistic herd, every Obama utterance is greater than the last -- from Cairo to Fort Hood to West Point).

So it's clear why Obama's packagers chose West Point: military glamour, a star-struck audience of undergraduates and the subliminal message that anyone who questions the president's wisdom opposes "duty, honor, country."

But the choice also reveals how politically gun shy Obama has become. Above all else, West Point's safe.

A president serious about strategic policy would have given this speech at the National War College, or to the Joint Staff in the Pentagon auditorium, or to a joint session of Congress, or from the Oval Office. He would have addressed his strategy to those charged with overseeing and implementing it.

Instead, he's created an enormous disruption at West Point to speak to apprentice officers whose responsibilities after commissioning will be to lead platoons of 20 to 40 soldiers. These are splendid young Americans, but they're not an appropriate audience for game-changing policy announcements.

To resurrect Marshall McLuhan's phrase from the 1960s, "The medium is the message" for the Obama administration -- the packaging trumps the content. Aware that his strategy's a muddled compromise that won't come to grips with our top security challenges, Obama's staging a media event. But he still won't deliver leadership.

His primary strength remains a hollow charisma to which the media remain embarrassingly susceptible. The president's delivery is superb (when the teleprompter works), but the content of his globe-trotting sermons avoids nasty realities.

But he'll also seek to soothe his base on the left, hinting at sharp limits on our commitment.

It's the worst of both worlds: As if, during World War II, we'd told the Japanese and Germans that we really meant business, but intended to quit by 1944.

I believe that increasing our commitment to the loathsome Afghan government and occupying worthless Afghan real estate is folly. Yet, given a decision by the president to surge more troops, I want the effort to succeed. It won't have a chance, though, if the Taliban are told that they just have to hang on. Afghans are very good at hanging on.

The key word to listen for in tonight's speech is "Pakistan." Afghanistan's an elusive booby prize -- while, next door, we're supporting (and strategically hostage to) a country that revels in anti-Americanism, harbors terrorists and sponsors terrorism. We have met the enemy -- and written him a big, fat check.

Any strategy that doesn't come to grips with Pakistan -- beyond generalities about enhanced cooperation -- is doomed.

But strategic success isn't Obama's ultimate concern. He wants political cover and is doing all he can to ensure that he's not on the blame-line, no matter what happens.

He wants to appear strong -- but without unleashing our strength. He'll send more troops -- but won't let them do more. Their primary mission will be to protect our enemies.

As you watch and listen to the president tonight, separate what's said from the setting's grandeur. Dig beneath the fancy bow, ribbons and gift wrap to find out if anything's in Obama's box.

You'll find this strategic gift is half bicycle, half pony -- and charged to your account.

Ralph Peters' latest book is "The War After Armageddon."
Posted by jtf at 8:42 AM