Topps Gets Exclusive Deal With Baseball, Landing a Blow to Upper Deck

The Topps Company will become the exclusive trading card maker of Major League Baseball next year in a multiyear deal that appears to seriously hurt Upper Deck, its primary competitor in the once-vibrant business. 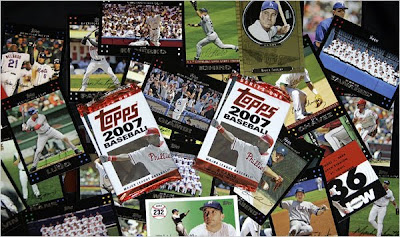 By dropping Upper Deck, M.L.B. hopes that Topps, under Michael D. Eisner, the former chief executive of the Walt Disney Company, can invigorate card collecting, especially with young fans. The league also believes that one cardmaker can end the confusion of competitors selling multiple card series in hobby shops and big-box stores.

“This is redirecting the entire category toward kids,” said Eisner, who acquired the company in 2007. “Topps has been making cards for 60 years, the last 30 in a nonexclusive world that has caused confusion to the kid who walks into a Wal-Mart or a hobby store. It’s also been difficult to promote cards as unique and original.”

Upper Deck refused to address the Topps deal, which is to be announced Thursday. A spokesman for Upper Deck, based in Carlsbad, Calif., said only that it renewed its trading card license with the Major League Baseball Players Association last month and would keep producing cards. While the union license gives Upper Deck the right to use player likenesses, it will no longer have the rights to team logos and trademarks.

The union did not respond to requests for comment.

The old-line Topps, with roots in Brooklyn and its headquarters in downtown Manhattan, is associated with the stiff stick of chewing gum that once appeared in each pack. It is historically linked to children trading and flipping cards, and to the clatter created by inserting the little pieces of cardboard in the spokes of bicycle wheels.

In the 1980s, as collecting cards for fun turned into the more adult pursuit of investing in cards for profit, Topps faced a corps of rivals like Fleer, Donruss, Leaf, Score and, most significantly, the innovative Upper Deck.
Now, baseball has decided it needs only Topps.

“There is a greater chance of organizing the marketplace with a singular partner,” said Tim Brosnan, executive vice president for business at Major League Baseball. “It’s a business that’s critically important to our mission, to make players icons to kids.”

The business has shrunk drastically since the mid-1990s. T. S. O’Connell, the editor of Sports Collectors Digest, estimated that it was one-fifth the size it was before the 1994-95 players strike.

“As draconian as it sounds,” to give Topps the exclusive license, O’Connell said, “there could be pluses to it. I’m not wishing Upper Deck out of the picture, but it’s difficult for the market to support the significant number of cards that are produced every year. You could see some stability coming out of this.”

Since Eisner’s privately held Tornante Company and Madison Dearborn, a private equity company, acquired Topps, it has introduced 3-D cards, the ToppsTown trading and collecting Web site, and the Topps Attax game to appeal to young card enthusiasts and to develop new ones.

“We’re going to be very aggressive in letting retailers, kids and hobbyists know that we are the card that represents it all,” Eisner said.

Making Topps the official trading card of baseball follows M.L.B.’s business model. It has, for example, an official car (Chevrolet), credit card (MasterCard), soft drink (Pepsi) and cap (New Era). For that reason, Brosnan said, baseball does not believe there are antitrust implications in entering a similar deal with Topps.

Typically, an exclusive license is more expensive to the company than a nonexclusive arrangement.

The Supreme Court has agreed to hear an appeal of the case from American Needle Inc.

Eisner said that Topps’s successful deals as the exclusive soccer cardmaker of the English Premier League and the German Bundesliga had proved that cards could appeal to fans 8 to 13 years old.

“They’re buying them, trading them, the way I did when I was a kid,” said Eisner, a New York Giants baseball fan, who says that, like many men of his generation (he is 67), his mother threw out his collection.

Dennis Gordon, who owns the Baseball Shop in Orleans, Mass., said he was confident that Eisner could alter what he called the “stale” market with the exclusive Topps deal.

“Michael Eisner alone might make it more interesting for kids,” he said. “If he and his people can come up with a new-wave idea, go for it.”
Posted by jtf at 7:16 AM