Many who do not embrace the Christian faith nonetheless have a high appreciation of the importance of Christianity to the cultural and social order. Theirs is an instrumental view of religion. Edward Gibbon caught the idea nicely, and in his usual caustic manner, when describing the religious cults of the Roman Empire. He says the common people viewed them as true, the philosophers viewed them as false, and the rulers viewed them as useful. Today’s political class in America has in recent decades undergone a conversion, so to speak, to the usefulness of religion. 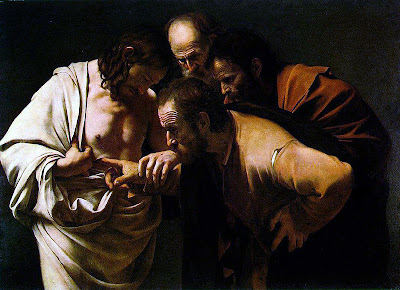 At the level of electoral politics, that conversion moved a large part of the base of the Republican party from the country club to the churches beginning in the 1980s, and more recently the Democrats have been playing catch-up with energetic programs of “religious outreach.” Not that it seemed to have helped Senator Obama very much. Church-going voters, both Protestant and Catholic, went with strong majorities for John McCain. What did come as a surprise, although it should not have, is that no more than a third of Catholics are church-going Catholics. In other words, only a minority of Catholics is within the orbit of the Church’s teaching and moral influence.

Nonetheless, in the limited sphere of canvassing for votes, we have come a long way from the situation described in my 1984 book The Naked Public Square. It is understandable that citizens who are religious—which for public purposes in America means mainly Christian—are gratified to be taken seriously by the movers and shakers of the political order, which is frequently thought to be “the real world.” This does not mean that Christian truth claims are taken seriously, but Christianity, like the popular cults of the Roman Empire, is recognized as being useful.

More thoughtful Christians cannot help but view this circumstance with deep ambivalence. Christianity entered history as a revolutionary philosophy, a radically different understanding of cosmic reality, of the dignity of the human person, and a new proposal of nothing less than the story of the world centered in the life, death, resurrection, and promised coming again of the one who is both true God and true man, Jesus Christ. It is a very considerable demotion for Christianity to be treated as a useful appendage to the political competitions of the earthly city that is the Babylon of our exile. St. Augustine’s City of God promised ever so much more than that.

Any time is the right time for Christians to think anew about the perennial question of Christ and culture. Christ in the phrase Christ and culture always means Christ and his Church. Christ and the Church constitute a distinct society within the surrounding culture that is Babylon. At least that is the depiction in the New Testament and the Great Tradition of Christian teaching. In this community, the promised not yet keeps breaking into the now. The surrounding Babylon assumes many different cultural forms that may be viewed as different cultures. To look at the larger picture of the relationship between Christ and culture is, at the beginning of the twenty-first century, a dizzying experience.

The cultural world of most of us is chiefly Europe and the Americas. We do well to keep in mind, however, that the majority of Christians, and the most expansive growth of the Christian movement, is today in the Global South, led by Catholics and those who are described as evangelicals and Pentecostals, although many indigenous movements do not fit easily into our familiar categories. Only God knows what world Christianity will look like a hundred years from now, which is just as well.

Any discussion of Christ and culture immediately brings to mind H. Richard Niebuhr’s classic book of that title. Recall his typology of the ways in which the relation between Christ and culture, meaning Christianity and culture, has been understood over the course of history. Niebuhr suggests that there are essentially five ways: Christ against culture, the Christ of culture, Christ above culture, Christ and culture in paradox, and Christ transforming culture. While Niebuhr’s typology is suggestive and therefore useful, it is also seriously misleading on several scores. I confess that, after some years, I stopped using it in classroom teaching when I found that I was spending more time in arguing with Niebuhr than in letting him guide the discussion.

Nevertheless, Niebuhr is certainly right that the questions of Christ and culture have been constant in Christian history from the apostolic era to the present, and will be until our Lord’s promised return in glory. Barrels of ink have been spilt in trying to define what is meant by culture, and I do not presume to have anything like the final word on the subject. By culture I mean the historical ambiance, the social context of ideas and habits within which the Church proclaims and lives the gospel of Christ. This includes the dominant moral assumptions, the widely held aspirations, and the beliefs and behaviors that characterize economic, political, religious, and educational life, along with the institutions that reflect and support those habits, beliefs, and behaviors. Admittedly, that is an awful lot to stuff into the category of culture. But then, culture is an awful lot. One might go so far as to say that culture is to us what water is to fish: It is more assumed than analyzed.

There is something that we call American culture. Although the phrase is hotly contested, we speak of “the American way of life.” People who think there is no such thing as American culture usually learn they are wrong by the simple expedient of living for a time in a country with a different culture. In a society so vast and various as America, there are many subcultures and even countercultures. Indeed, the proponents of unbounded pluralism would persuade us that there is no longer an American culture; that what was American culture has been displaced by a maddening mix of subcultures and each of us lives in the subculture of his choice. This view is prominent among those who feel marginalized, constrained, or oppressed by the prevalent patterns of life in America, and they often tend to think that the demise of an American culture is a very good thing.

People who have a more comprehensive appreciation of world history, however, along with those who have the experience of living in other and very different societies, know that there is such a thing as American culture. Precisely in its being a capacious and hospitable culture with a marked respect for pluralism, it is American culture. Although it includes many non-Europeans, American culture is in the main an extension and reconfiguration of European culture, which is to say it is part of the culture of the West. And today it is, for all its confusions and contradictions, the strongest and most vibrant part of the cultural tradition of the West.

Gibbon’s jibes notwithstanding, Christians do want to be useful in their Babylonian captivity. They follow the counsel of the prophet Jeremiah who urged the children of Israel to seek the peace of the city of their exile, for in its peace is also their peace. The great danger, then and now, is that, in being useful to the city of their exile, they forget the New Jerusalem, the city of their destination. It really is not terribly gratifying to be a “religious vote” eagerly sought by the partisan factions of Babylon when we remember that he called us to be the salt of the earth and the light of the world.

This awareness that Christians are different, and different in ways that make a very big difference, will, I expect sharply increase in the months and years ahead. For all of President-elect Obama’s wafting language about bringing us together, healing divisions, and so on and so on, if he seriously intends to follow through on his extremist abortion views, we are headed for the intensification of an American version of the Kulturkampf that Bismarck came to rue. The focus is on FOCA, the Freedom of Choice Act, that Obama says he wants to sign on his first day in office. This act would eliminate the very modest restraints and regulations established by states, provide government funding for abortions, and in its present form, require religiously sponsored hospitals and clinics to perpetrate abortions or go out of business.

The aggressor in the opening phases of this Kulturkampf is the Obama administration. The initial response to the aggression was evident in the meeting of Catholic bishops this week in Baltimore. There were refreshingly bold statements by bishops, and by Francis Cardinal George, president of the conference, on the imperative to protect the integrity of the Church’s teaching and to employ every legitimate means to resist the further advance of what John Paul the Great taught us to understand as the culture of death. Some bishops even invoked the venerable tradition of martyrdom, sounding very much like the successors to the apostles that they are.

The Christ against culture model does not come naturally to Catholics. The Church is much more disposed toward conversion, providing moral guidance, and the transformation of culture. The Christ against culture model is never chosen, but sometimes there is no choice. Pushed to the wall by the Obama aggression, it seems evident that most of the Catholic bishops are, in the words of Paul to Timothy, prepared to “fight the good fight.”

In this contest of coming months and years, it seems certain that cooperation between Catholics and evangelical Protestants will be greatly strengthened. And their efforts will enlist the support of many other Americans who are only now awakening to the fact that the unlimited abortion license imposed by Roe v. Wade and its proposed expansion by its hardcore supporters is indeed unlimited. If President-elect Obama does what he says he wants to do, this champion of national unity will preside over one of the most divisive periods in American history.

Richard John Neuhaus is editor in chief of First Things.
Posted by jtf at 9:25 AM