Not ordering a special prosecutor in Jussie Smollett mess would be 'unsettling, nay, repugnant'


By John Kass
https://www.chicagotribune.com/news/columnists/kass/ct-met-john-kass-jussie-smollett-leroy-martin-20190503-story.html
May 3, 2019 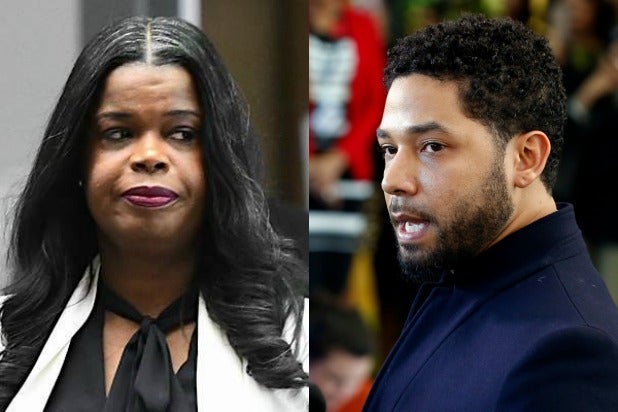 He’s taking a few days to ponder the unsettling, nay, repugnant aspects of all this.
He’s quite upset because O’Brien said he should recuse himself from the question of a special prosecutor, since his son, a lawyer, works in Cook County State’s Attorney KimFoxx’s office.
Foxx is the prosecutor who, inexplicably and abruptly, dropped 16 counts against Smollett, the actor and entertainer with Obama Celebrity Friends, for allegedly faking a racial hate crime and blaming it on supporters of President Donald Trump.
And I agree.
It’s repugnant to have watched Smollett preen on national TV about being a victim of racism and homophobia, while clinging to his idiotic tuna sandwich story, and then when finally unmasked, he just walked away from it all wearing a smirk thanks to Foxx.
And it is quite unsettling that Foxx, who had ambitions to become the next U.S. senator from Illinois, would throw her career away like that.
The only way we’ll have a chance at finding out what really happened is if a special prosecutor — a real one, not some pasty insider like Dan Webb — is appointed.
The fact that a special prosecutor hasn’t already been appointed is also quite “unsettling, nay, repugnant.” I don’t usually write like that, but this is a legal matter and lawyers and judges write phrases like “unsettling, nay, repugnant,” which sound, well, legal-ish.
Clearly, Judge Martin is upset with O’Brien, who confronted him in court as she petitioned for a special prosecutor, and asked that he recused himself.
"You’re going to decide whether the state’s attorney, your son’s boss, is telling the truth,” O’Brien said. “Your son’s career is tied to the potential witness’s career.”
Martin took great umbrage. His son is a prosecutor in the juvenile division, far from the Smollett case, Foxx’s office argued.
“Never before has this issue come up … It troubles me that we’re having this discussion about my family members because bringing one’s family into these kinds of circumstances is troubling,” said Martin.
I really can’t see how you can argue with her.
Knowing who is connected to whom isn’t just a Chicago parlor game. It’s a necessary survival skill. That knowledge can separate the cowboys from the livestock driven through the chutes.
Some may say that asking about a judge’s potential conflicts of interest is wrong. But you know what I say?
Who you crapping?
This is Cook County. This isn’t some fantasyland of gentle-talking forest creatures and magic lions and giggling fauns that feed you tea and cakes.
Cook County is the most crooked place in American politics.
Oh, I know we treat judges as if they’re angels from on high, as beings who never spit or use the water closet, but judges are human too.
And in Cook County — the land of we don’t want nobody nobody sent — a judge isn’t merely selected or elected. A judge is “made” by bosses.
For years, judges were made by Ald. Edward Burke, 14th, who now has federal legal issues, and Boss Michael J. Madigan, and the notoriously mobbed up 1st Ward.
But the old 1st ward was erased, and the judge-picking duties were appropriated by the equally earthy 36th Ward Regular Democratic Organization, run by the late ward boss Sam “Pastries” Banks.
One of the favorite political crews of the 36th Ward was The Coalition for Better Government, a group of tough guys who got out the vote.
One member was John “Quarters” Boyle, a two-time felon who stole millions in quarters from the state tollway. Quarters became a star in this column again, quite recently, for running away from an accident and being chased by the feisty Illinois Comptroller Susana Mendoza.
As some loyal readers may remember, Quarters’ brother is retired Chicago Fire Department Lt. Jeffrey Boyle.
Lt. Jeffrey Boyle, a convicted and prolific arsonist, was called “Matches.”
You can’t make this stuff up.
In 2002, Matches Boyle was pushed past 200 other more qualified candidates and made lieutenant. But he liked setting fires. In 2006 he was sentenced to six years in prison after pleading guilty to eight arson fires. He confessed to 20.
How did he learn to become such a prolific arsonist? On the job, Matches said in a 2008 hearing.
“The hotter it got, the more it would burn,” Matches testified.
Sounds logical, doesn’t it?
The Firefighter’s Annuity & Benefit Fund denied his pension, but it went to court before none other than Judge LeRoy Martin Jr.
Martin pointedly ignored Matches’ 2008 testimony about what he’d learned on the job, and strangely said there was no connection between the two.
“This court finds it unsettling, nay, repugnant, that after violating the public trust, Mr. Boyle should stand poised to collect a pension,” Judge Martin said in November 2009. “However, the court is duty bound to apply the law. There is simply nothing in the record before this court that points to Boyle using any of his training as a fireman to further the commission of his felonious activities.”
This is the same Judge Martin who’ll decide if a special prosecutor should be named in the Smollett fiasco or whether he should recuse himself.
If you’re a stranger, you might say all of this is unsettling, nay, repugnant.
Unless you were born here. Then you know that it’s all just Cook County.
Listen to "The Chicago Way" podcast with John Kass and Jeff Carlin — atwww.wgnradio.com/category/wgn-plus/thechicagoway.
jskass@chicagotribune.com
Twitter @John_Kass
Posted by jtf at 6:06 AM