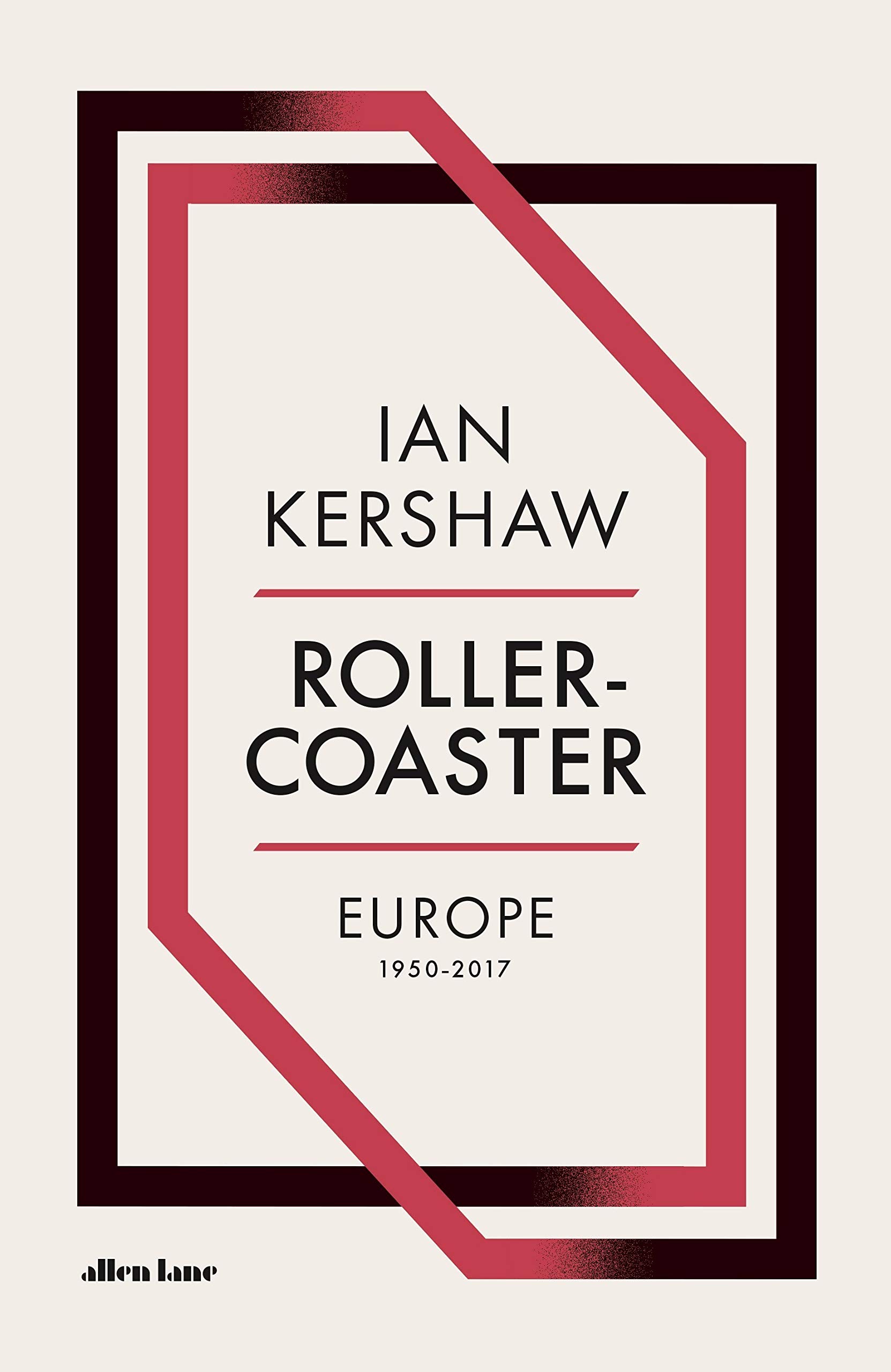 When I reviewed the first volume of Sir Ian Kershaw’s wrist-breaking history of the last 100 years of Europe, To Hell and Back, in these pages exactly three years ago, I compared our continent in 1945 to a punch-drunk boxer rising from the canvas with both eyes blacked. How, I wondered, would Kershaw handle the battered old bruiser coping with a not-so-brave new world in which he was no longer the undisputed champ?


The image of the wounded fighter, I think, was apt, for the red thread running through Europe in the first half of the century, as Kershaw rightly saw, was violence. States waged catastrophic war on each other and on their own citizens. Belonging to the ‘wrong’ race, religion, or political persuasion could mean imprisonment, torture and violent death. Millions were slaughtered on battlefields, in the bombed ruins of cities, and in networks of vile death camps disfiguring the continent. How could any civilisation survive such a cataclysm?
This book is his answer. It is the story of Europe’s long road to recovery from its self-inflicted wounds. It is not, however, an optimistic, congratulatory read, for it closes on a note of fearful pessimism as Kershaw is compelled to contemplate our ominously lowering likely future.
The narrative begins hopefully enough. Although Europe is divided between the Communist East and Democratic West (Iberia apart), the upside of being dominated by the rival superpowers of the US and USSR meant that the West at least — Germany in particular — was able to put its resources not into military spending, but into building a consumer society, increasingly prosperous, stable and hedonistic.
Kershaw’s favoured image is that of a roller-coaster, as Europe, under the threat of nuclear annihilation, survives the thrills of a white-knuckle ride as the continent successfully surmounts various crises: armed repression by Russia in its satellite states; the demise of geriatric dictatorships in Spain and Portugal; the end of colonialism; urban terrorism; the clouds of the Cold War lifting, culminating in the fall of the Berlin Wall and the collapse of Soviet Communism.
The fairground ride ended, but what followed was not ‘the end of history’ as Francis Fukuyama so foolishly predicted, but a new age of anxiety comprising the strains brought by globalisation, digitalisation and mass migration. We live now in the midst of an era that could be as dark or darker than the one we thought we had finally escaped.
As Hitler’s biographer, Kershaw pays particular attention to Germany’s central role in postwar Europe’s evolution. He enthusiastically welcomes German unity, and its ever more evident flexing of long disused muscles as the continent’s economic, financial and political powerhouse. Regarding Frau Merkel’s Reich as impeccably liberal and democratic, Kershaw appears oblivious to the damage that the new Germany is doing to the rest of Europe by its insensitive infliction of an austerity dictated by its own interests.
Kershaw’s canvas is vast, for his Europe includes the former Soviet Union. Although his main themes are political and economic, he tries to cover social, scientific and cultural history too, and I fear that he has bitten off rather more than he or his readers can chew. His desire to include absolutely everything means we are given just enough detail to whet the appetite for more, but more is not delivered.
Moreover, although the industry displayed in producing these massive books by a man in his mid-70s can only command admiration, Kershaw casts his net too wide. Thus space is given to the minutiae of, for example, Albanian Communist politics under Enver Hoxha, but little, for instance, to combatting cancer or crime.
This failure to discriminate between what is truly significant and what is not makes the book both longer, and less insightful, than it need or could be. The prose is never scintillating, and — to be brutally frank — too much of it reads as dully as Wikipedia entries cut and pasted together.
Kershaw’s stance, as one would expect from a historian of his generation, is idealistically liberal, and sympathetic to the grand European project of the EU. He correctly identifies the roots of Brexit in the fact that Britain joined too late to change the authoritarian structure of a Union tailored to suit the needs of war-weary France and Germany rather than an uninvaded island with quaint ideas about Parliamentary democracy. De Gaulle, he says, was right: that fit was never going to work.
The final pages of the book express a kind of bemused sadness that it is all going so horribly wrong, and the concluding paragraph is quite staggeringly banal: ‘What will happen in the decades to come is impossible to know. The only certainty is uncertainty. Insecurity will remain a hallmark of modern life. Europe’s dips and turns, the ups and downs that have characterized its history, are sure to continue.’ Well I never.
Posted by jtf at 7:42 AM