Book Reviews: 'The Other Woman' by Daniel Silva 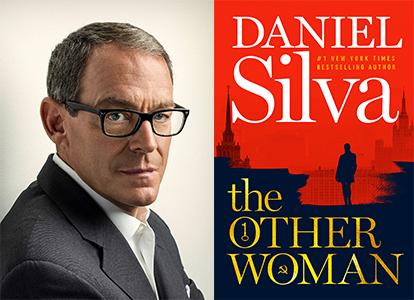 Gabriel Allon, the wayward son of Israeli intelligence who for many years has enjoyed the respect of people around the globe, especially other intelligence agencies, is experiencing a minor, unexpected fall from grace in Daniel Silva’s (House of Spies, etc.) latest novel.


The legendary spymaster who first joined the Office in 1972 to carry out operation Wrath of God, a mission put in place to respond, in force, to the terrorist group Black September, who murdered eleven Israeli athletes at the Munich Games, has since gone on to be the most revered assassin the Mossad has ever produced.
Hand-picked to run the Office, Allon’s promotion and official return to Israel’s vaunted foreign intelligence service was viewed, by many, like the prodigal son finally returning home. Much like the parable, Gabriel’s journey was long and full of pain and heartache before returning home to the outstretched arms of his fellow people, who have since slept easier at night knowing that Allon is manning the offices of King Saul Boulevard around the clock to protect them.
Now, for the first time, there are questions swirling around Gabriel and his ability to lead as chief.
A high-ranking Russian officer codenamed Heathcliff, who has spent the last few years working with Israel in secret (who then, in turn, supply any relatable information to their allies) is ready to officially defect. In a joint operation with Britain’s MI6, Gabriel Allon and a handful of his most trusted assets fly to Vienna, a place where Gabriel has experienced an abundance of personal grief, to bring the Russian spy in from the cold. (longtime fans will appreciate one touching scene that plays back certain events from The Kill Artist, reminding readers of the many sacrifices Gabriel has endured during his time as a spy.) Instead, all hell breaks loose, and Heathcliff is assassinated just before Allon is able to take him into custody for a much-needed debriefing. The operation is a resounding failure.
Unfortunately, media outlets around the world have taken note of the blunder in Vienna, which at face value appears as if Allon was in theater to personally oversee the killing of a Russian officer. While Gabriel is no stranger to seeing his name in various headlines (he made quite a few of them inThe English Spy) both at home and abroad, this does mark the first time that the coverage around him is decidedly negative. Some, even in Israel, suddenly wonder if the former spy and world-renowned art restorer is, in fact, up to the task of running the Office. Especially with former chief Uzi Navot, who never suffered such a gaffe during his tenure and who is still deeply involved as Allon’s ready and willing second-in-command, standing by.
As the fallout continues to rain down around him, Gabriel turns his attention to the operation itself, trying to figure out where it all went wrong. Eventually, he realizes that a traitor has penetrated an allied nation’s foreign intelligence service. As a manhunt for the mole gets underway, a gripping series of events unfolds that sets Gabriel Allon on a collision course with Russia, a country he has a long and troubled history with, though things have never been quite this contentious. Meanwhile, a woman tucked away in a remote part of the Andalusian mountains has begun writing a tell-all book that proves to be unthinkably explosive once details and the woman’s identity are revealed.
It’s spy versus spy in Daniel Silva’s latest heart-pounding thriller, which is perhaps his most enthralling novel to date. Twists, turns, and nonstop action fill every page, and the stakes have never been higher for Gabriel Allon, who finds himself surrounded by conflict while facing the most dangerous and critical mission of his storied career. Silva, one of the finest writers working today, remains capable of creating the kind of conundrum where readers are dying to know what happens but don’t want the story to end. From Vienna to Washington D.C. to one of the most shocking conclusions of his career, The Other Woman is Daniel Silva at his very best.
Tinker, Tailor, Soldier, Spy meets The Spy Who Came in from the Cold in The Other Woman, an instant classic from Daniel Silva, whose latest masterpiece puts him firmly alongside le Carré and Forsyth as one of the greatest spy novelists of all time.
Book Details
Author: Daniel SilvaSeries: Gabriel Allon #18Pages: 496 (Hardcover)ISBN: 147678941XPublisher: HarperRelease Date: July 17, 2018Book Spy Rating: 9.95/10


The Other Woman: Daniel Silva's latest book is a transparent sop to the left 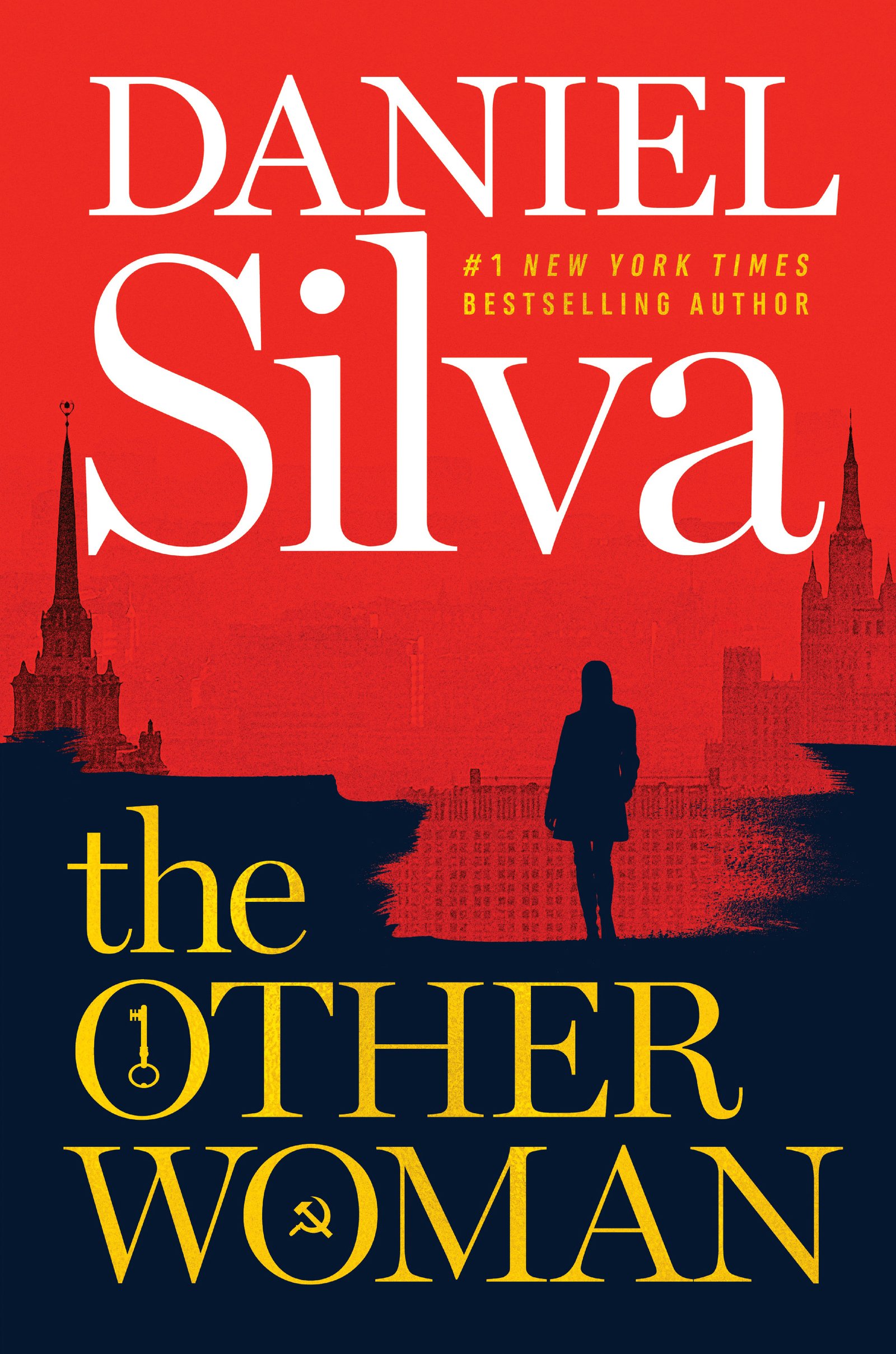 Daniel Silva's books are amazing...or were.  Since his first novel that introduced his main character, Gabriel Allon of the Israeli secret service, who is also a gifted art-restorer, every book has been not only riveting but educational.  His readers have learned about art, the science of art restoration, and most importantly, about the current tools of the international espionage business, and about Israeli history, often true stories made exciting by his gift for fiction.

With his latest book, however, Silva has destroyed his brand, probably once and for all.  This new book is so infused with a newly revealed leftist ideology and anti-Trump sentiment and a reliance on blinkered fake news, it is bound to be a shock to at least half of his loyal readers.  Not only is the novel saturated with the author's personal politics, but the story is formulaic and predictable.  Every reader will know the identity of the "mole" long before that meant-to-be surprise revelation.  Such a disappointment.

For years, Silva fans have looked forward to each new book with a fervor not matched by many authors.  No more.

Silva's wife is Jamie Gangel.  She worked for NBC for many years and moved to CNN in 2015.  Is this move what has corrupted her husband's novelistic skills?  Could be.  No one survives at CNN who is not a willing tool of DNC propaganda.  It appears to me that Silva succumbed to the perquisites of his wife's position at CNN.  No one who is affiliated with the cable not-news outlet can have an opinion that differs from the party line.  As many media analysts have observed, CNN (and MSNBC, NBC, CBS, and ABC) has superseded the DNC as the arbiter of acceptable opinion.  The DNC is now servile to the leftist media – no dissenting opinions allowed.  For Gangel to work there would have been possible only if she and her family capitulated to the political directives of those who run the place.  Silva's once-non-ideological fantastic storytelling was reduced in this new book to doctrinaire mediocrity.

It is impossible to adequately express my sadness at Silva's betrayal of his readers, his die-hard fans.  His first novel, The Kill Artist, introduced Gabriel Allon and was about Golda Meir's order to have killed each and every surviving assassin of the Israeli Olympic team in 1972 in Munich.  It was an edge-of-your-seat read, as has been every book since, until now.  The fans of a favorite author can forgive a weak story now and then.  But this book is not only weak but an assault on any reader with views in opposition to CNN and the establishment left that still clings to the false notion that Trump colluded with Putin to steal the election from Clinton.  We now know it was Hillary, the DNC, the DOJ, CIA, and the FBI that colluded with Russia to sully Trump's record and reputation to destroy his candidacy and, once inaugurated, his presidency.  The truth of this was available to Silva before this book went to the publisher.  He ignored it.

Perhaps Silva has arrived at the point where he considers it a compliment to be called out for his leftism.  That sentiment certainly describes every single anchor and guest on CNN, MSNBC, and the networks.  If a deplorable criticizes your work then you must be doing something right.  This is how insulated our elites are; they still believe that Trump-supporters are morons, so why should they worry about offending them?  Silva may discover that those morons like to read just as much as his pals on the left – probably more.  Given the ignorance of the left on all things historical and factual, that is probably a given.  As the word gets around, the thriller-reading Trump-supporters will not buy this book.  The author may think he has disguised his insults so well we morons will miss them.  Ha!  Check out the reviews at Amazon.

It is astonishing that after nineteen months of presidential successes – the growth of the economy, the end of joblessness, the massive reduction of dependency on food stamps, the quiescence of North Korea, the near collapse of terrorist Iran, pronounced toughness on Russia, etc. – that any writer as popular as Silva would stoop to insulting his fans as he has in this new book.  But he did.  He must think he slipped the lefty stuff in under their noses.

He is hardly alone is his belief that Trump-supporters are idiots; it is the default position of all media and Hollywood types.  They cannot discern a joke when they hear it, but we are dumb!  Silva will rue the day he stooped to write a predictable tale shot through with his (or his wife's) leftist moonbattery.  I will miss looking forward to the next book.
Posted by jtf at 9:23 AM