When will President Obama admit he supports energy rationing?


“Never mind.” That, in a nutshell, is the White House’s new position on domestic oil exploration. In March, President Obama announced that he would allow — or at least entertain the possibility of — some new oil development off the Atlantic Coast and in the eastern Gulf of Mexico. This week he reversed himself, saying such exploration is now off the table for at least five years. 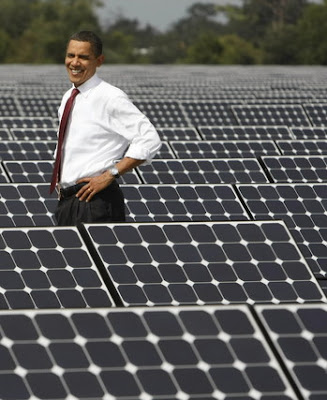 Only the most black-hearted cynics among us would even contemplate the notion that Obama had his reelection prospects in, say, Florida in mind when he made his decision. Then again, some believed that Obama’s initial decision to consider expanded oil exploration was a political pander, too. So let’s assume sincerity all the way down the decision tree.

The real problem with the White House’s attitude toward oil, and energy generally, is how deeply ideological it is. Few presidents have talked a bigger game about pragmatism while pursuing a dogmatic agenda.

To be fair, the White House is hardly as radical as many of the greens descending on Cancun this week for the next round of fruitless climate-change talks. For instance, Kevin Anderson, director of Britain’s Tyndall Centre for Climate Change Research, recently authored a paper in which he argued that Western nations should use WWII-style rationing to simply halt economic growth for the next 20 years in order to curb greenhouse-gas production. There’s a winning political agenda!

Obama doesn’t advocate anything so stark, but that’s not necessarily a point in his favor. Radicals like Anderson are honest about the trade-offs between climate-change policies and economic growth. To listen to Obama, however, dismantling our fossil-fuel industries would be an unalloyed economic boon, generating countless lavish, rewarding green jobs that would replace those dirty, icky carbon-intensive jobs. It’s not just an argument for a free lunch; it’s an argument for a magic free lunch.

Obama admits he has no idea how to get to this Brigadoon-like green economy, and his energy secretary has conceded it will take quite a few Nobel Prize–worthy scientific breakthroughs to even get close. Details, details.

The only detail missing is the evidence. A friend of mine ran a painting service in college whose unofficial motto was “We may be slow, but we’re expensive.” That’s the story of Europe’s pursuit of green jobs. They’re inefficient, producing meager amounts of energy at high costs.

It wasn’t supposed to work like this. According to Al Gore, we were going to have an energy version of Moore’s Law. (Although it is not actually a scientific law, Moore’s Law refers to the trend of computers to get twice as powerful every 18 months.) Gore argued that solar cells and wind power would get drastically more efficient very quickly. Nothing like that has happened or is likely to happen, as the University of Manitoba’s Vaclav Smil has demonstrated at great length. Transitions from one form of energy to another, Smil writes, are “inherently protracted affairs” requiring “decades, not years.” And let’s remember that Gore once insisted that ethanol subsidies were a fast track to a green economy. He said, in effect, “Never mind” about that last month.

Obama won’t admit it, but his moratorium is simply supply-side rationing. America should deny itself economic growth despite the fact that it has potentially massive oil reserves. Democrats uniformly insist they are fixated on creating good jobs that cannot be shipped overseas. But they’re actually intent on killing oil-industry jobs, which by definition cannot be sent overseas and also pay twice the national average.

Meanwhile, it’s becoming clear that the U.S. could be the Saudi Arabia of cleaner-burning natural gas, with an estimated 100-year supply of the stuff (and possibly more). And yet roadblocks to natural-gas development grow by the day. We could make realistic progress on reducing our carbon emissions if we set about replacing coal with natural gas. (At minimum we could and should phase out mountaintop-removal coal mining, a change that, among other things, would make natural gas more competitive.)

Of course, greens say that climate change trumps such considerations, and that’s a principled argument — flawed in my view but principled. But mainstream politicians and pundits with the courage to make the principled case for rationing are hard to come by.

I’d have a lot more respect for Obama if he came out and said, “You know all that stuff I said about doing everything possible to create good jobs here at home and get this economy moving again? Well, never mind.”

— Jonah Goldberg is an editor-at-large of National Review Online and a visiting fellow at the American Enterprise Institute. © 2010 Tribune Media Services, Inc.
Posted by jtf at 8:09 AM